We live in interesting times.  Post-truth times, if we are to believe what we read, (if one can believe what we read in post-truth times).  According to Lacuna Coil’s press release for their ninth album, the band say that every record they’ve done is “a picture of the time in which [they] wrote it”. The press release also claims that the band are “shifting the paradigm yet again”.  When someone uses the word paradigm outside of quoting the works of Thomas Kuhn’s masterpiece The Structure of Scientific Revolutions, I don’t quite reach for my revolver, but I do wonder if they know what they’re saying.  However, Lacuna Coil seem keen to stress that this is a record which is shattering albums past and creating something new.  Christina Scabbia herself says “We’ve stopped comparing records… I would say it’s hard to describe what we sound like now. It’s still Lacuna Coil—our trademark—but it’s also a new trip, one we want our fans to enjoy”.  So, as a pseudo-journalist, if this is a reflection of the times in which it was made, I should check out whether Lacuna Coil are rewriting the rulebook as they say they are, or whether this is Trumped-up fake news working its way into the music press.

Some things are definitely different here;  Ryan Blake Folden (drums) has moved aside and been replaced by Richard Meiz (of Genus Ordinis Dei); Andrea Ferro is using the growl much more than he has in a while, although he did pick it back up in more recent releases; Christina is clearly pushing her vocals to the limit throughout, which is great to hear.   However, that’s about it.  One shouldn’t expect that the album is going to be a surprise to fans of the band or genre, let alone shift anyone’s paradigm.  The further grammatically dubious claim that keyboard player/producer Marco Coti-Zelati “hunts for and creates new expressions of heavy” hold up across the album.  It’s heavy, that’s fair enough, but if you want to find new and inventive ways of inventing heaviness then there’s heavier and more inventive out there (here’s a game to play: pick your favourite heavy-as-fuck album from a non-heavy artist.  Mine is The Drift or Bish Bosch by Scott Walker.  That guy makes silence heavy).  But the production sounds a lot like any number of metal albums you’ve heard since perhaps the late 90s, right down to the “pud-pud-pud” sound of the drums (you know the sound- I’m looking at you, nu metal).

It may well be true that the album is more diverse than previous efforts, so perhaps this will shift your thinking in terms of the band themselves.  However, a quick flick through the tracks will reveal that after the slightly electronic opener of Anima Nera.  Now or Never starts and ends with a creepy mellotron-style string section that turns into an ultra-sincere orchestral explosion, which actually made me think “aww, I really liked the creepy mellotron”. Now that really would be shifting the paradigm- rather than returning to the standards of symphonic metal which have peppered their output.  However, despite momentary departures, the album continually returns to the tried-and-tested mid-tempo goth-alongs that every fan of the band craves.

This review may seem overly harsh for an album which is fundamentally OK in all respects.  There’s really nothing inherently wrong with it.  In fact, the world is full of bands overstating their case in order to draw interest, even when the fans have already bought into the whole thing hook, line and sinker a long time before.  Originality can almost be a little overrated when so many great albums of our time have been utterly derivative, so such overstatement can lead to disappointment.  When our leaders are willing to spout contemptible falsehoods on TV with impunity, we might hope that at least our heroes from popular culture and its increasingly obscure sub-divisions will be the ones to speak the truth for once.  Our fightback has to start somewhere, and perhaps making bands live up to their own press releases is a small step in the right direction, otherwise our idols are little more than snake oil hucksters and car showroom salesmen.  Lacuna Coil: a good band making good albums, but paradigms remain decidedly unshifted. 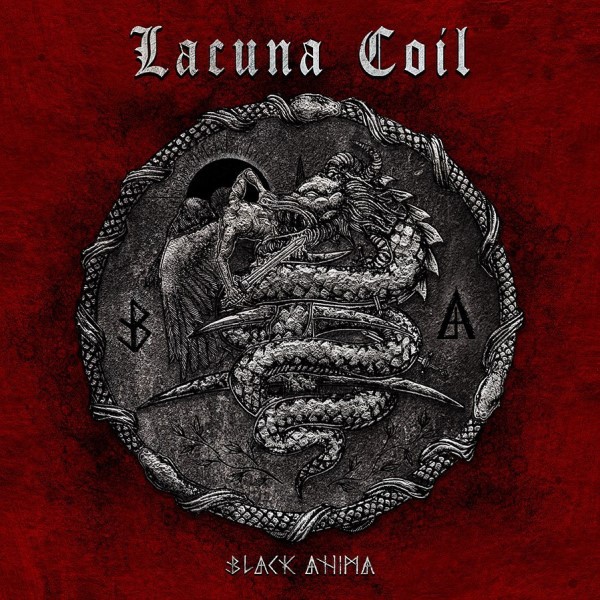