Kroh is not an entirely new name to Birmingham’s underground scene although with the passing of several years since they were last active this return, featuring a new singer in Oliwia Sobieszek, certainly signals a new dawn. Having recently supported Anaal Nathrakh in the city, and with a slot confirmed on the Subrosa bill at the Rainbow next month, the moon, the sun and the earth are clearly aligning sweetly enough for Kroh at this time.

Paul Kenney is the man behind Kroh, who produced one album and two split EPs, before they themselves split a few years ago. Kenney, a former member of Mistress and founder of Fukpig, clearly saw this project as unfinished business. So he set about a Kroh renaissance and turned to his former Mistress bandmate, Darren Donovan (also current Burden of the Noose bassist), and then further strengthened the BOFTN link by snapping up drummer Rich Stanton. 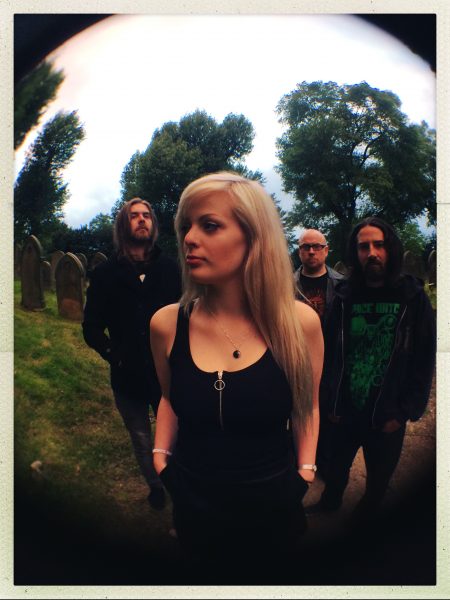 The rose among the thorns is of course Polish born Oliwia Sobieszek, in whom Kenney appears to have unearthed a charismatic singer oozing sultry appeal. With Kenney recording, mixing and mastering the album it has his indelible thumbprint on it and the finished work is a revelation.

Kroh dice with doom, although go about it in a fairly melodic manner, making Altars an album that’s easy to warm to. The opening ‘Krzyzu Swiety‘ is straight from the hymn books of a cathedral choir with Kroh’s dark resonance surfacing for the first time under a sledgehammer introduction on ‘Mother Serpent’, an impressively foreboding track in which Oliwia’s powerful voice competes with a thunderous groove full of sparked up fuzz and menacing intent.

The darkened atmospheric pull heightens on ‘Living Water’ with Oliwia impressively commanding during the higher pitched chorus leaving a rasping groove to escort the song to a satisfying end while ‘Feed the Brain’ is more of a transcendental punctuation mark in which Kroh’s many strands come together to create a mystical maelstrom of fevered energy.

It’s never easy comparing female singers, but for those old enough to remember the Banshees at their best, on tracks such as the stifling ‘Break The Bread’, Oliwia carries strong hints of goth’s First Lady, Siouxsie at her imperious best. On ‘Stone the Flesh’ you can sense the simmering undercurrent of anger in her voice as the song ebbs and flows carried along by a roughed up doom backdrop. The atmosphere drops off a bit on ‘Cold’ when the plainly spoken vocals reach out over a repetitive percussive beat before finally the guitars come together to nurse things along.

Closer ‘Precious Bones’ brings things to an impressively thunderous conclusion, with a razored riff cutting through the fuzz, leading the path clear for Oliwia to follow like a modern day high priestess commanding the minions before the Altar. 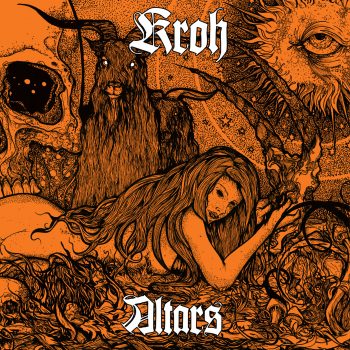