From tiny acorns mighty oaks grow and that’s never been more pertinent than with Körgull The Destroyer. Conceived as a side project to explore the thrashier side of black metal Körgull has turned into a Frankenstein’s monster which is about to unleash its fifth full length album, Sharpen Your Spikes.

‘Campanades a Morts’ is a vaguely mediaeval introduction full of baroque guitars, galloping horses and tolling bells which all conspire to create an atmospheric otherworldliness that transport the listener to another dimension. The calm before the storm its cinematic nature only serves to create a false sense of security that makes the cloudburst that is ‘Prophecy of Black Blood’ even more cataclysmic. Taking the Nordic harshness of Darkthrone and melding it to the Teutonic riffage of Kreator was always going to be a winner and ‘Prophecy of Black Blood’ proves Körgull The Exterminator to be master alchemists.

The force of 1,000 charging horses heralds the arrival of ‘Inquisitor Generalis’ with its classic Maiden gallop and when you factor in some harridan vocals from Lilith Necrobitch you have a pretty heady mix. Female vocals in the black metal world are pretty unique but, truth be told, there’s no discernable difference and Lilith screeches with the best of ‘em. Fully worthy of being the title track ‘Sharpen Your Spikes’ is an all out blackened thrasher with long term guitarist Mark Wild and newbie Ghorth riffing in tandem like Slayer’s King and Hanneman in their prime. The aptly titled ‘Battle Ram’ arrives with the swing of Orgasmatron-era Motörhead and explodes like an array of phosphorous flares.

Trading speed for power ‘The Black Goat of the Woods’ eases off the throttle ever so slightly for a groove laden affair as the rhythm section of bassist Javi Bastard and drummer Joe Bastard combine to hammer home the rhythm. With a full, expansive production ‘Dawn of the Extermination’ fills the entire dynamic range as a ferocious chainsaw riff flits from speaker to speaker. Some neo-classical guitar noodling makes good use of the Devil’s tritone and forms an introduction to ‘Firing Squad’ before normal service is resumed with some quick-fire staccato riffing that’s complimented with some equally vitriolic drumming.

Grandiose and humongous ‘Follow the Flame’ is the musical equivalent of a heavyweight boxer as it swings and sways. Like the ocean’s roar it gives the impression of something huge and immovable that rises above the listener with an immovable immensity. Wasting little time on pleasantries the penultimate ‘Sword and Sorcery’ arrives like an artillery barrage before ‘A Black Bird is Always a Warning’ closes the album in truly epic fashion. Both cinematic and folky it brings the curtain down with a shuddering thud which ensures the silence that follows is deafening. 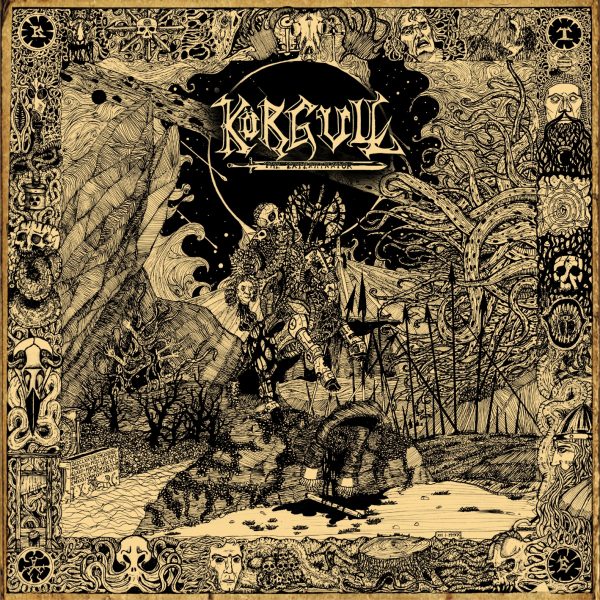