Ok cats, let’s ease into this review in much the same way that the Koch Marshall Trio ease into their first song. The room was set, instruments miked and ready to go – then the dudes sat down and jammed a shuffle. Within a few bars they knew they had something and loosened up. Those first tentative notes played together and that first titular song kick this album off and we, the listener, are lucky enough to bear witness to this miraculous birth.

Now for a bit of background. The Koch Marshall Trio are guitarist Greg Koch, his son, drummer Dylan Koch, and Hammond B-3 groove meister Toby Lee Marshall – who was lured away from his safe, responsible Wisconsin farming job back into the funky arms of rock, and indeed, roll. Yeah, you heard right, Hammond B-3 – the instrument that manages, in the right hands, to be both cool and cheesy and yes, this is indeed an entirely instrumental blues funk soul jazz thang.

The trio take themselves and us on a journey. Having quickly found their groove, they begin to explore. There’s a nice, unforced vibe between them, the playing is deep in the pocket. It’s Southern fried and gritty, Koch Sr. starts to gently hit his distortion pedal while they all gleefully swap solos. ‘Let’s Get Sinister’ commences with a retro ‘Link Wray meets Blue Note’ funk sound before the lazy fireworks kick off – not sinister but definitely coolly badass.

The album grows increasingly ambitious and intense until we reach the 10 minute centrepiece, ‘Mysterioso’. It quickly shifts through the gears, moving from a soft rock intro into something more abstract and elaborate, it’s damn near almost prog! It gets faster, meaner – the band setting each other up for a series of virtuoso explosions. This is a much more individual sound – not jazz, funk or blues shuffle – it’s loud, it’s gentle, it’s all of the above and more until it finally goes full circle and ends on the groove it began with.

Their freak flag now flying high, they are free to effortlessly showboat – they roar to the finish with a devil-may-care mash up of styles – a smidge of country is dropped in while elsewhere a gritty ZZ-fest kicks up some serious dust. Finally the foot eases off the gas for some relaxed Allman-isms. Cosmic American music at its finest.

Now, go back and listen to it all again! Marvel at the fact that, however great that first track was, it’s going to get a whole lot better real damn quick! It’s the sound of a band being born and, stand back folks, there’s no knowing how big this will get when they jam live. It’s the soundtrack to the coolest film never made and yes, ok, maybe this broiling, funky stew is kinda niche, maybe it ain’t your cup of tea…but if it is, it’s the most exclusive, expensive, exquisite off-menu tea you’ll ever taste, whispered about in hushed tones amongst those in the know. Go on, give it a go, your palate will thank you. 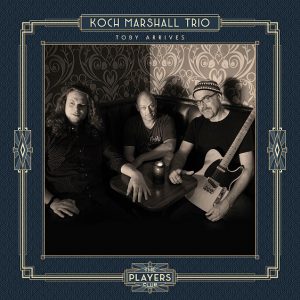