We See You is the second album from Salisbury-based melodic rock band Kiss The Gun, three years after their debut release, Nightmares. Since then they’ve undergone a significant line-up change, with Abigail Austin coming in to replace Nadin Zaqaryan on vocals. We See You was recorded, mixed and mastered in just 8 days, but there’s nothing about the album or the music that suggests it was rushed, or done under pressure, there’s obviously been a lot of care and thought gone into the music.

My own first encounter with Kiss The Gun was at 2019’s HRH AOR festival in North Wales, where they played a mid-afternoon slot on the second stage, and in what can only be described as difficult circumstances, they pulled out an impressive set. A couple of these songs were included in that set, including the excellent ‘Dreamer’, and the overall impression was that this was a band that definitely had something good about them, both in playing and songwriting. Now we have the new album, and not only does it live up to expectations, it’s also a little surprising and opening up interesting new directions for the band.

You can’t rule out the conditions they were playing in as having played a part, but the band I saw at HRH were more of a straightforward melodic rock band, with some good songs and a pretty good lead singer, a band that reminded you of, say, Dante Fox or Iconic Eye. But on ‘We See You’, they’ve added in some very interesting symphonic rock threads and this has given the band a whole new aspect. Opener ‘Flight of The Phoenix’ shows the way, with its grandiose opening, and while they never quite go the full operatic metal route, there’s a lot here to remind you of the likes of Edenbridge and Delain at their most melodic. ‘Dreamer’ follows and however much this track impressed live, the studio version has so many extra elements, it’s a real improvement on the original live version.

‘Enter The Gate’ is another good song, arguably the album’s highlight, with an unusual but memorable vocal line, and a bit of the Celtic influence that’s essential for any decent symphonic metal album, while ‘Out On My Own’ is a more straightforward melodic rock song, that has less of the symphonic elements of the others and arguably suffers in comparison, whereas ‘Emergency’ gets a better balance and has a touch of the ‘epic’ that gives the band yet another dimension, and while you think ‘at the start of ‘Beyond The Ship, they may be about the cover Toto’s ‘Hold The Line’, it’s actually another song with a lot of good ideas. Clever lyrics, too. They add an interesting Eastern tinge to parts of ‘Breaking The Chains’, another candidate for the best song on the album, ambitious and with a good guitar solo, before the album concludes with ‘Almost Undone’, a brisk rocker, with a great vocal from Abigail.

It’s not clear whether this mixing of melodic and symphonic rock is a natural progression or a conscious decision, but it may be that as they move forward, they may need to be careful not to find themselves falling between the two proverbial stools. Nevertheless, they’ve made a pretty good album here. It’s probably incorrect to call Abigail Austin a ‘find’, because she has plenty of theatre experience, but as far as rock goes, she’s obviously a real talent, able to move between the two genres with ease, although it could be argued that they’ve overdone the double tracking on her vocals on a lot of the songs, and, while the individual parts aren’t identified in the album credits, there’s some fine keyboard arrangements to give the songs the symphonic elements. ‘We See You’ isn’t a perfect album, there are some flat spots, but it is a decent album by a band that looks to have a lot to offer. It will be interesting to see where they go in the future. 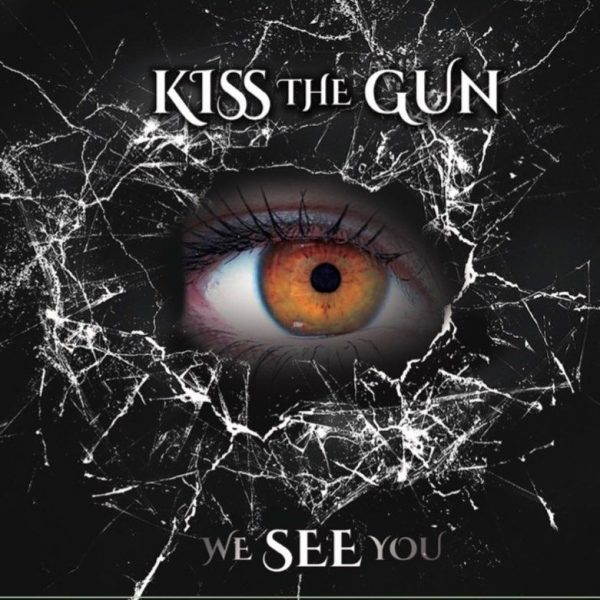