After an epic and well documented 50-year career that has seen them rise to the pinnacle of rock ‘n’ roll legends status, KISS has today announced their FINAL dates in the UK in 2023 as part of their farewell tour. Initially, the band’s retirement was announced in 2000, so this now qualifies as the longest farewell in musical history as 2023 WILL be KISS’ final shows of their career. 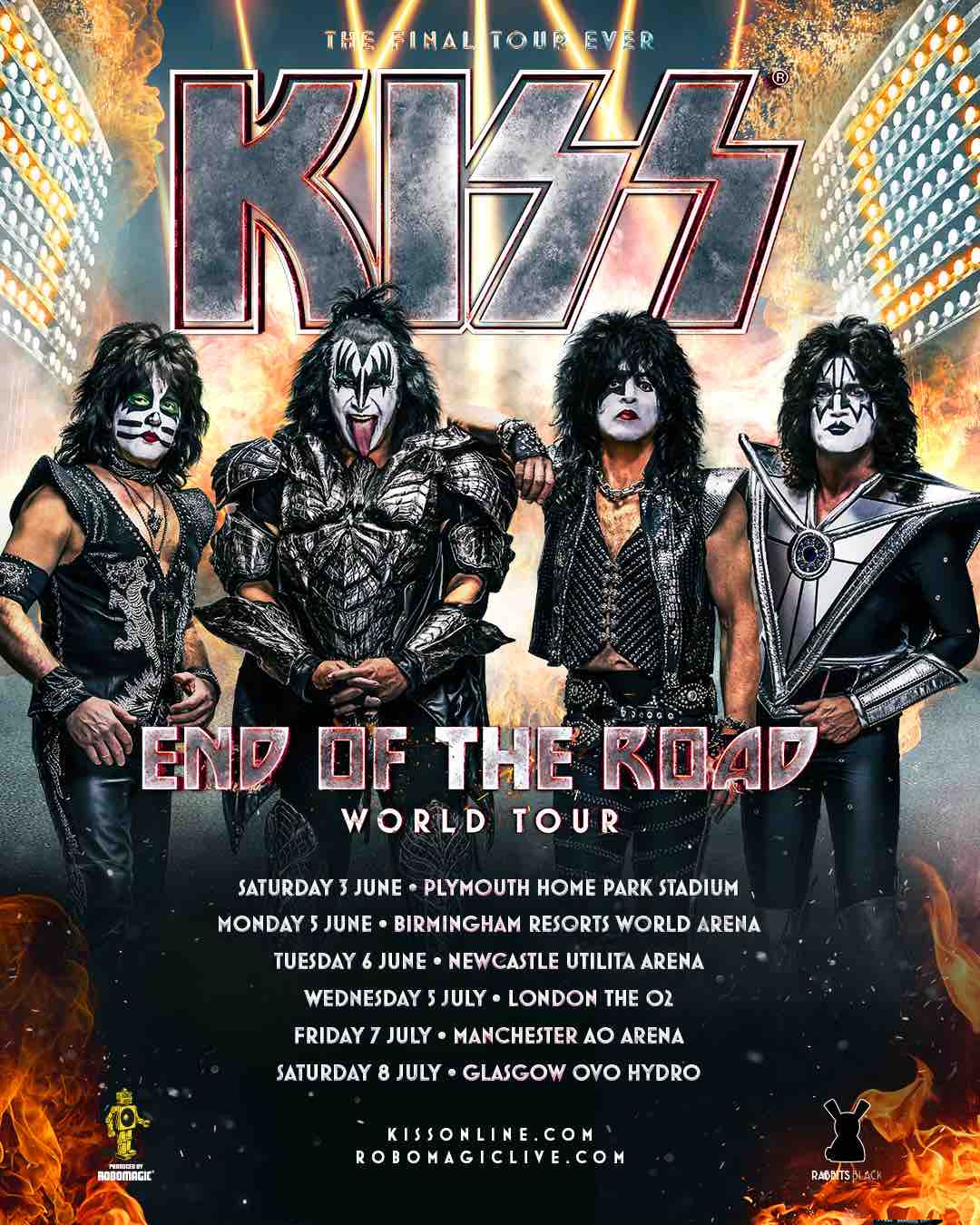 Since starting out in 1973, KISS has become one of the best loved bands out there and continue to wow crowds around the world. The END OF ROAD TOUR will officially come to a close in the UK in Glasgow on July 8. Before that, the tour will visit Plymouth, Birmingham, Newcastle, London and Manchester.

Originally slated to take place in 2021, but unfortunately, due to world events KISS could not complete the original dates but returned to the UK with a bang, playing a storming set headlining this year’s Download Festival. Now the band is delighted to announce new UK dates for 2023.

Known for their trademark larger-than-life blistering performances, KISS has proven for decades why they are hands-down the most iconic live show in rock ‘n’ roll. The Rock & Roll Hall of Famers, who have sold more than 100 million albums worldwide, have said this farewell tour is devoted to the millions of KISS Army fans.

“All that we have built and all that we have conquered over the past four decades could never have happened without the millions of people worldwide who’ve filled clubs, arenas and stadiums over those years. This will be the ultimate celebration for those who’ve seen us and a last chance for those who haven’t. KISS Army, we’re saying goodbye on our final tour with our biggest show yet and we’ll go out the same way we came in… Unapologetic and Unstoppable,” said KISS on The End Of the Road tour.

KISS will be offering VIP experiences and special KISS Army fan presales. VIP experiences may include a personal photo opportunity with the band, access to an exclusive pre-show lounge and a behind the scenes tour.  Visit www.kissonline.com for more information.