“You Wanted The Best And You Got The Best” is the claim made at the beginning of every Kiss live show and now they have set out to prove it via a new series of releases which showcases their prowess on the live front where they always deliver. Off The Soundboard: Tokyo 2001 is the first in a series of official live bootlegs from the stack heeled arena gods of thunder. This is not the first time the material on these discs has been available (Re-Masked In Tokyo has been available since 2019) but it is the first official release which finds it for the first time on triple vinyl, 2CD and download.

Tokyo has always held a warm place in the hearts of the band and this show recorded on March 13th 2001 is no exception. At the time the band featured founding members Paul Stanley (Guitar and Vocals), Gene Simmons (Bass and Vocals), Ace Frehley (Guitar and Vocals) alongside Eric Singer (Drums and Vocals) who had recently replaced Peter Criss on the hydraulic drum riser. They took to the Tokyo Dome stage in front of 55,000 adoring fans as part of “The Farewell” tour which as we now know wasn’t an accurate title. It was, however, the final tour to feature The Space Ace as a member the band.

What we have here is by no means a live in the studio album like many other live efforts and you should therefore accept that audience reaction is a little distant despite the enthusiasm of the Tokyo crowd. The vocals are highest in the mix but the band sound powerful and well balanced behind and the mix does improve slightly as the set goes on. All the classics are here opening with ‘Detroit Rock City’, ‘Deuce’ and ‘Shout It Out Loud’ before the first curve ball of the set with Frehley’s Unmasked track ‘Talk To Me’. ‘I Love It Loud’ from Creatures Of The Night is a Gene Simmons tour de force before Stanley returns centre stage for ‘Firehouse’ and ‘Do You Love Me’. Simmons is backed up by the rest of the band on the anthemic ‘Calling Dr. Love’ with Stanley returning to the microphone for the Animalize hit single ‘Heavens On Fire’. The next surprise is another rarer track which has only seen sporadic appearances over the years, ‘Let Me Go Rock & Roll’ was the only single lifted from the bands second album Hotter Than Hell and it is good to hear it back in the set for this tour as this is Kiss at their rocking best with Simmons urging the crowd “let me see your hands!” before he and Singer take the song off piste showing that they are much more than verse, chorus, verse, chorus when it comes to the their live shows.

The first showcase solo arrives with Ace Frehley’s ‘Shock Me,’ a song which thankfully returned to the set when Ace returned to the band in 1996. The newest song in the set is ‘Psycho Circus’ which proves that the band are still more than capable of turning out a hard rock classic. ‘Lick It Up’ from the bands first make-up free album of the same name is up next and then we return to the early days for ‘God Of Thunder’. Opening with Gene’s bass and blood intro and we also find Singer’s thunderous drum solo here proving that he is worthy of his place on the Kiss drum stool vacated by Criss. ‘God Of Thunder’ is pursued by ‘Cold Gin’, the ten minutes plus of ‘100,000 Years’ and a song which has featured on every tour since its release in 1977, ‘Love Gun’ with these tracks being a holy trinity. A further rare addition for this tour was ‘I Still Love You’, another Creatures Of The Night track which finally takes the pace down a little. My favourite Kiss track of all time is up next… ‘Black Diamond’ showing the band at their absolute best especially in the live setting before they leave the stage. But we all want more and following the song that even Kiss fans can’t agree on, disco hit ‘I Was Made For Loving You’ they end the set the only way they know how… ‘Rock & Roll All Nite’. Confetti, explosions and fireworks, “Thank you… Goodnight!”. The finale does exactly what it says on the tin.

The big advantage that this Off The Soundboard version of the Tokyo show has over the other versions is that there is none of the editing associated with the radio broadcast which the other bootlegs used for their source material. This was edited and omits much of Stanley’s between song banter… which I love despite it sounding a little echoey in places here, as well as edits on parts of the solos. The only down side to any Kiss live audio recording is the lack of the spectacular visual effects but this recording is still a great representation of the Kiss live experience. A worthy release to sit alongside Kiss Alive! (issues I-IV) and Kiss Alive! The Millennium Concert.

I know they are very much a Marmite kind of band so I guess that will determine where the market lies for this and the other upcoming Off The Soundboard releases but with the End Of The Road World Tour looking like running until 2022 and beyond it seems like the Kiss machine will be rockin’ ‘n’ rollin’ every night and partying everyday for some time to come.

3.Shout It Out Loud 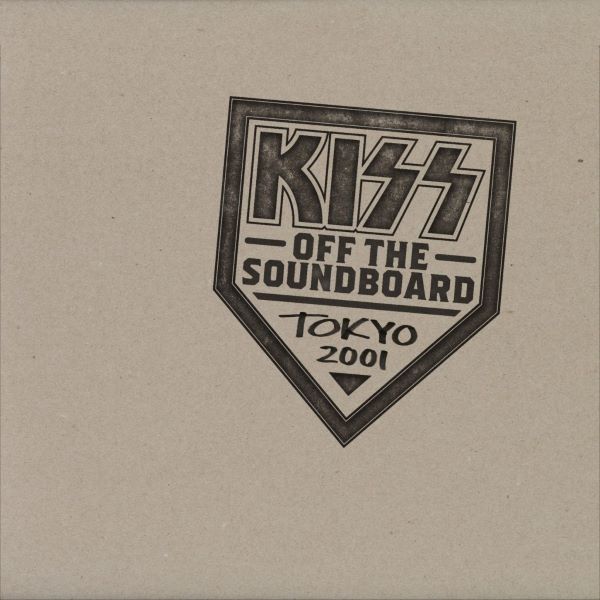