Thrash for the mainstream…

Going into this release, the second EP from Brighton-based King Levithan, I was expecting some form of sci-fi influenced neo thrash in the vein of Hexen, Vektor or Teleport, which I got from the vibes of the artwork. I got anything but. The band plays that trendy sort of Thrash popular with more mainstream metal fans, that has a fair amount of metalcore influence. See the title track for some brutal breakdowns, dude. The band plods along playing similar songs from start to finish on The Shrine. They make use of different vocal styles across the run time, trading of from harsh vocals to cleans, which are used prominently in the choruses. Something I personally can’t stand, but is without a doubt popular in this style and should gain the attention of people who like this sort of stuff.

The production is lacking and sounds obviously DIY, the performances are okay for this sort of style but, the lack of dynamic between songs on this EP will make identifying songs difficult for people listening. If you’re a veteran metal fan and find no enjoyment in anything Metal Hammer backed, this is definitely not for you. But King Levithan should gain some fans who are interested in this style and it should get the band some attention. A middle of the road, mainstream, trendy metal release with nothing really much to it. The band will have to take some serious steps up in the songwriting department if they wish to make waves within their chosen style. 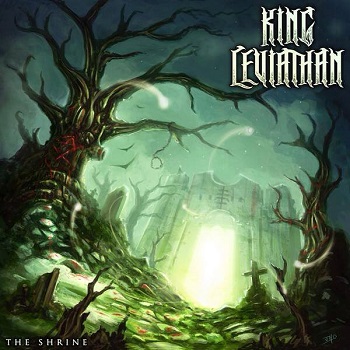