Carmen (Ozzy) Appice dissolved his band, King Kobra in 1989, after 3 albums, in order to join John Sykes’s Blue Murder. He reinstated it in 2010, and released this self titled album in 2011. Effectively it was the band’s fourth album, and guided by that naturally occuring phenemenon – the free movement of musicians between bands, European or otherwise – he nabbed ex Quiet Riot and Rough Cutt vocalist, Paul Shortino to replace Mark Free on vocals.

The original band’s music had been shaped and informed by a dog-eared copy of the Hair Metal Blueprint, as designed by Van Halen, Poison, Motley Crue and other such successful bandana heads. This time ’round the template was Whitesnake, mixed in with every hard rock blues based bruisers known to man. And thus too often these tracks are a baffling stew of jagged rhythms, vocal histrionics and schizophrenic rock stylings.

And yet, the album starts out encouragingly enough with ‘Rock This House’. Shortino scorches through the vocals like a man on fire, reaching escape velocity on a vertiginous chorus, but it soon degenerates. He reins back his vocals on the ferocious but forgetable bluesy romp, ‘Turn Up The Good Times’ and whips up some tired gang vocals (air punching at your discretion) on ‘Tear Down The Walls’. ‘This Is How We Roll’ and ‘Screaming For More’ descend further into cliché, like a rock’n’roll pantomime, where convention holds sway and everybody knows the plot.

Some form of redemption is found eventually in a handful of tracks. ‘Top Of The World’ excavates a melodic, Texmex groove with ZZ Top urgency; ‘Live Forever’ ramps up into AOR territory, with a cool, catchy chorus allowing Shortino a few theatrical moments. But by track 10, the emininently melodic ballad, ‘Cryin Turns To Rain’, even with an unusually inventive arrangement and an elegant axe solo, the sheer weight of lyrical cliches eventually grinds you down.

Appice’s career readily demonstrates that perseverance is a key component of success, as is drive and vision, but this album clearly confirms that without great songwriting you will always remain on the wrong side of that glittering shop window of fame. 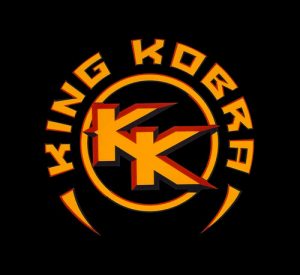