Just when you thought the number of bands with a Goat inspired name had reached saturation point along comes another. But while the likes of Goatwhore, Goat Penis, Goat Torment and the ubiquitous Milking the GoatMachine all have something to bring to the goaty party so most certainly do comparative newcomers King Goat. Conduit is their full length debut album and serves up five tracks of progressive doom that stretch to around 40 minutes. They already have a couple of EPs to their name, since forming in 2012, although their burgeoning reputation owes as much to their atmospheric incense burning live performances as anything.

Their authoritative stage presence has already seen King Goat gain an army of new followers when performing on such high profile platforms as Bloodstock and Mammothfest. Being based in Brighton inevitably makes long hikes north something of a challenge for a band still operating without the support of a label. It hasn’t though stopped them performing a number of shows in Manchester and at Doom Over Edinburgh earlier this year.

The two most crushing elements King Goat bring to the high table of evil are some thundering riffs and a hearty, full-bloodied vocal style, courtesy of singer Trim (Anthony Trimming). Both of these qualities are to the fore during the inspired opener ‘Flight of the Deviants’ and the second track ‘Feral King’. While naturally Sabbath have made their mark on King Goat, probably no less influential are the likes of doom hierarchy Candlemass and Cathedral. 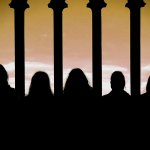 The album’s title track leads in with a buzzed riff so dirty it needs hosing down. The impending plunge into purgatory is signaled by the King Goat singer’s penchant for coughing up some abrasive death metal vocals which carefully cushion the cleanly sung prog sections, inviting comparisons with early Opeth. The parallel lines with Mikael Åkerfeldt should in no way embarrass Trim, whose pipes sound strong enough to carry the gas supply from Russia. The song ebbs deliciously towards a crescendo, with a female voice also adding an additional touch to the soaring harmonies.

The fourth song ‘Revenants’ comes in the longest at nearly 10 minutes and as doom songs go this is a swaggering composition that kicks in with a neck crunching rhythm from the off. It gradually steadies itself with some neatly picked guitar, metronome beat and Trim’s audacious cries before ultimately heading off for a great theatrical finish. Final song ‘Sanguine Path’ has an angrier edge to it, more urgent sounding and the crashes landing heavier. Again though, the momentum is fresh and fulfilling. In fact, a little like a storyteller setting the scene before building towards the final chapter, King Goat leave you wanting to turn the page to discover what comes next. 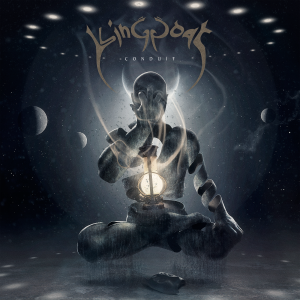