Lockdown continues, and I’ve just returned from my daily walk around the Thunderdome (or the Cornbow Centre in Halesowen as it used to be called). I’d run out of jars in which to store my urine ready for when the reservoirs are colonised by the gang of 15-year-olds I saw doing wheelies near the KFC, so I decided to go out and get some.  During that time I listened to one of the things you can depend upon in this world of constant flux and Shroedingerian instruction: a new Buzz Osbourne album.  King Buzzo himself is back with a new album, along with his Melvins-Lite and FantomasMelvinsBigBand buddy Trevor Dunn (not to be mistaken for the actor Kevin Dunn, or the theatre director Trevor Nunn).

Of course, the apocalypse has changed things. Buzzo himself is playing acoustic guitar throughout, accompanied by some splendid jazzy double bass playing from Dunn – so if you’re expecting big riffs, killer licks and all that typical Buzz stuff…you’re absolutely in for a treat!  All the usual hallmarks are there but played on a good old-fashioned acoustic.  Nothing suffers as a result.  You can still pull your favourite gurning face to each of the songs without feeling like you’re trying to make up for the loss of the cornea-vibrating distortion.  “Science in Modern America” could easily transfer over into a fully fledged chunk of sludge, but remains as some top class unamplified riffage, whereas the bowed and effect-laden bass on “Delayed Clarity” and the staccato guitars of “I’m Glad I Could Help You Out” are reminiscent of moments from the much overlooked Narcotic Story by Oxbow.

To mess with my mind further (just as I left Wilko’s in a facemask I’d found in my daughter’s toy doctor’s bag, brandishing the hypodermic needle from the same toy as a weapon) they have included a cover of “Shock Me” by KISS under the name “Mock She”.  I’m only aware of the song through the classic Red House Painters Shock Me EP, which featured a dirty grungy slowcore version, and a sedate acoustic guitar and piano version.  I’d expect Buzzo to do the former, but I also expected the mood of this album to push it towards the latter, the actual cover version is somewhere in between and neither at the same time. If only all KISS songs contained an atonal string section breakdown and multi-tracked drunken caterwauling…

When I returned home, I told my cat and the tennis ball I’ve painted to look like Judd Nelson about my trip.  I explained that in the new world after the pandemic, Buzz Osbourne and the bass player from Mr Bungle could be known for their acoustic work rather than their experimental sludge.  After several hours we concluded that the whole album was a pure triumph in an otherwise bleak landscape.  The album was still playing as we opened our jars and toasted the welcome of a new album from two superstars of the fringes of our popular culture. 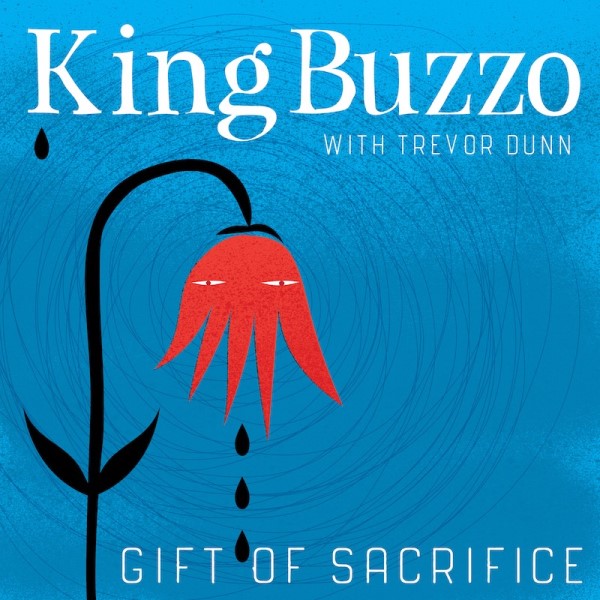