Paul Castles checks out the self-release debut EP from King Bison, due out on January 8, 2018

UK newcomers King Bison have that confident southern swagger that will make fans of Crowbar and Down feel right at home. Coming from Portsmouth they’ve even got the right geographical reference points to back up the sounds and this lively EP gets King Bison off the mark in scintillating style. Snake Head Burial features four tracks of roughly equal length with ‘B.B.V.S’ getting the party started in rousing fashion.

It’s an absolute stomper of an opener, great chorus, hooks and infectious grooves that practically wrestle you to the floor. Singer Karl Glover has a highly distinctive vocal tone, but one with a husky edge ideally suited to the NOLA-style anthems. The tempo is just pegged back a notch on ‘Who’s Got Your Back,’ but the overall delivery still hits the mark with sniper precision. 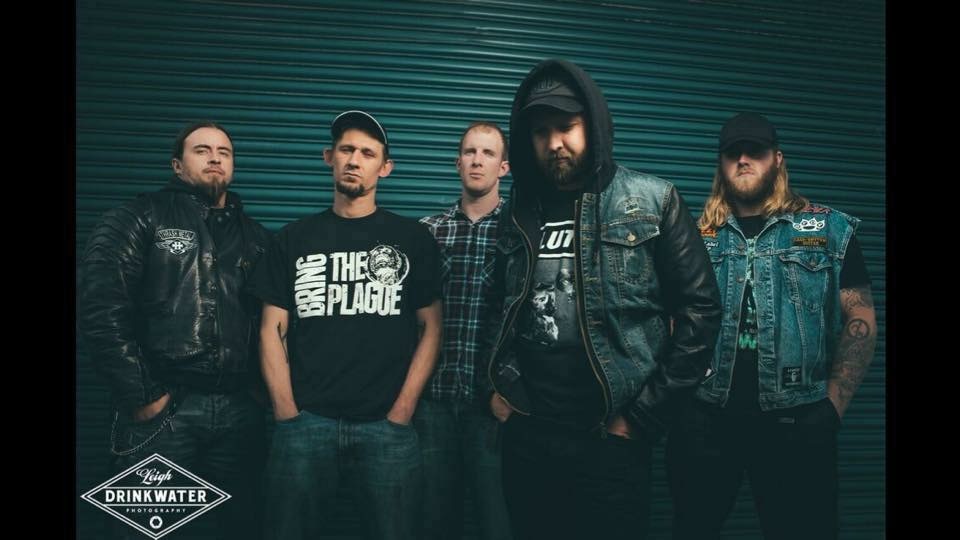 ‘Demon Tongues & Leather’ begins with some additional riff sorcery which slightly shifts King Bison sideways but that deep rumbling sludge sound soon reemerges. These four numbers feel alive and if the south coast five-piece can transmit a fair chunk of their likeable sound when performing live then they would appear to be well worth checking out if they pass through your local haunts.

There’s a slight hint of the stupendous Scissorfight with these dudes and by the time they sign off with the closing ballpark smasher ‘Filthy Son Of A Bitch’ your neck muscles are twitching like a wounded rabbit and you just can’t help but knock back another Southern Comfort. As debut releases go King Bison have excelled with the instantly likeable Snake Head Burial.