Formed in Fort Meyers Beach, Florida in 2000 Killing Machine’s various line-ups read like a veritable who’s who of the metal world. Unfortunately the bands undisputable pedigree didn’t transfer into physical sales and, as if to remind us of our folly, SFM have repackaged 2000’s Killing Machine and Metalmorphosis (2005) as one set, remastered and with bonus tracks.

Sometimes songs hook and immediately reel you in and that’s certainly the case with opening salvo ‘Killing Machine’. Guitarist Peter Scheithauer provides a meaty riff that’s very whiplash inducing before he unleashes an equally vitriolic solo. Some choice sound effects add a vaguely sci-fi feel as ‘Killing Machine’ powers forward at a furious rate of knots, crushing all that stand opposed. Being both hard and melodic ‘Judgement Day’ is the perfect vehicle for Mike Vercera’s soaring vocals and it’s the type of song that slithers like an electrocuted snake. Mike sang for Yngwie Malmsteen and Loudness and he brings some of that magic to Killing Machine, tempering the musical aggression with his silky tones.

With just the one guitarist Killing Machine is a riff heavy monster and it’s a record given added punch by bassist Mike Duda and drummer Stet Howland (both from W.A.S.P.). The production is a real boon and places all the instruments on an even keel with the bass, often hidden in the mix, constantly thumping your chest, especially on the ferocious ‘In The Dark’. An ambient introduction on ‘Wrecking Ball’ lures the listener into a false sense of security before landing a sucker punch while the following ‘No Way Out’ lands the knockout blow. A loose sci-fi concept unites the album and ensures it flows smoothly with the groove laden ‘In Your Face’ and all out thrasher ‘Vicious Circle’ following quick fire while the short, sharp, shock that is ‘Hell’s Breaking Loose’ brings the original album to a suitably raucous conclusion.

This set is a timely release with Killing Machine now celebrating its 20th anniversary and it’s an album that belies its years and still sounds fresh and vibrant.

Released five years after their debut Killing Machine’s sophomore album Metalmorphosis found the band ringing in the changes with Peter Scheithauer being the sole original member. However, he assembled an equally stellar band of brothers who pushed the group in a more controlled direction making Metalmorphosis an apt title. ‘Killing Machine Pt. 1’ comes out with all guns blazing and the addition of second guitarist Juan Garcia gives proceedings a more balanced affair and allows the band to attack from both speakers. New vocalist James Rivera brought a fresh flavour and his King Diamond like squeal really brings to life the following Loup Garou. ‘Scarred Beyond The Black’ eases up on the gas for a more measured affair whilst ‘Fatal Chances’ is something of a brutal beast very much made in the mould of Painkiller-era Judas Priest.

Existing within the eye of the tornado ‘In The Storm’ is a musical maelstrom and juxtaposes the more moody ‘Redemption From Genocide’. Injecting a nice change of pace that was lacking on their debut it alternates between airy, ethereal passages and huge, crushing segments. Metalmorphosis features Megadeth bassist Dave Ellefson who adds an impressive rumble to ‘In For The Kill’ while drummer Jimmy DeGrasso (Y&T) effortlessly switches up rhythms on ‘What Makes You God?’. The brutally defiant ‘Praise The Day’ precedes the equally vivacious closer ‘Burn In The Wind’, a warlike number that soundtracks a world perishing in flames. Two bonus cuts are added in the shape of the more Priest-than-Priest ‘Nowhere Land’ and the stomping ‘The Last Creation’. 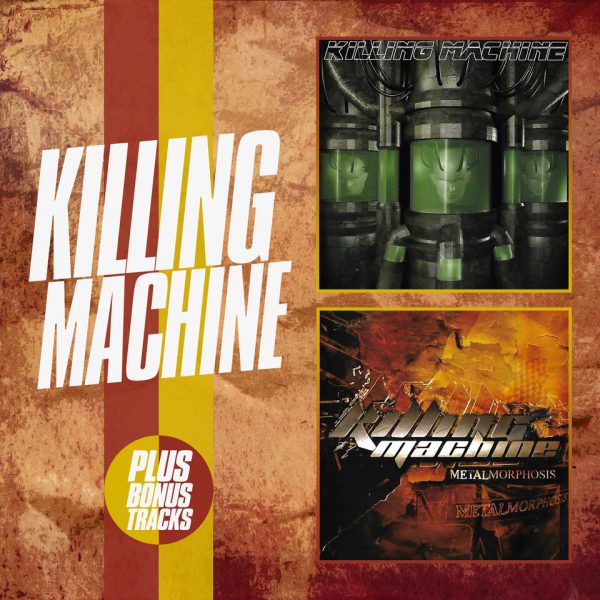