Come all ye Gatherers, ’tis time to don your Guy Fawkes masks and re-join the fray, your ringleaders have returned! Although, to be fair, Killing Joke have never been away and ‘Pylon’ (album No.16) is the icing on the cake of a stunning late run triptych, following on from the triumphs of ‘Absolute Dissent’ and ‘MMXII’.

And what a way to cap it off, with this devastating 2-disc behemoth. Anyone familiar with Jaz, Geordie, Youth and Paul know that The Joke are intense and bludgeoning at the best of times, but these 15 tracks are extreme in the urm..extreme!

It’s relentless – a crushing, ranting, hectoring, pounding epic even by this bands standards.

We know what we’re in for from the off. It sounds like a machine warming up – Youths trademark bass, a few chugs from Geordie and then we’re swept up into a furious charge, immediately redolent of their 90’s classic ‘Pandemonium’ – Jaz chanting into the maelstrom. The musical alchemy is as strong as ever. You don’t get Killing Joke tribute bands because no other four musicians together can make this noise. Tribal drums and a brainwashed monotone chanting add to the thunderous drone.

You’re not given a chance to catch your breath. Coleman howls to the skies like an apocalyptic shaman while you can hear guitar strings squeak under the strain of Geordies assault. ‘Dawn Of The Hive’ reminds us that KJ damn near invented industrial music and still nobody does it better. The trammelling chorus of ‘New Cold War’ is almost melodic…in a threatening, sinister way. The cumulative effect of these long, bludgeoning songs is overwhelming, you are transported to an almost meditative state.

Things continue apace, some songs are sky high metallic chuggers, others sound like The Cure on steroids while Coleman rails against an Orwellian, totalitarian society that brainwashes and pacifies us. Their themes never change but you only have to watch the news or Saturday night TV to realise that they’ve been right all along.

‘I Am The Virus’ is this album in microcosm. Over a classic Geordie riff, Jaz warns of a “darkness in the West”, ranting about 9/11, Isis beheadings, capitalist think tanks and central banking while declaring himself to be the virus, “the spirit of outrage” in the midst of a society in denial.

Disc 2 rages on with thrash riffs recalling Ministry at their most crazed, more hints of their 80’s selves and epic songs built around primitive, Neanderthal riffs and the ever present electronic background static. They advance like mechanical beasts, building up in intensity until we crash headlong into the 9 minute ‘Panopticon’ and its coal black riffage. This song is in no fucking hurry pal. What it is though is big…very big and very scary. It’s portentous, angry, defiant and yes, apocalyptic (they must be sick of that word). It’s filled with a messianic belief in its own convictions, a bug-eyed fervour.

This album is a crowning achievement for the band. Hard to miss and impossible to ignore. And maybe we shouldn’t ignore it, maybe Jaz is a loon, a conspiracy theorist par excellence, that guy with ‘the end is nigh’ sandwich board but writ large in widescreen and technicolour. But then again just look around…maybe he knows something. Maybe we are brainwashed, sensory water boarded into submissive acceptance of the status quo (no, not THEM) and maybe that knowledge is too much for one mind to handle…just look into his eyes. And buy this album 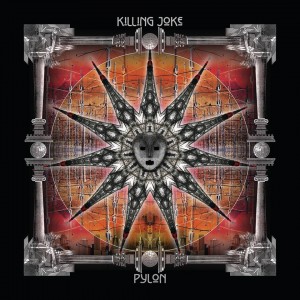 Dawn Of The Hive

I Am The Virus