Who it is that constitutes this “supergroup” tells you exactly what to expect from this album. And I do mean exactly. A quick flick through and it’s easy to spot who brought what to rehearsal. There’s the demented time-signature slaughtering riffs as well as the pop-tinged melodies of The Dillinger Escape Plan; there’s the world music thrash of Sepultura and the “Jumpdafuckup” groove of Soulfly; with Troy Sanders comes the sludge, the prog, and the melody of Mastodon; and from Dave Elitch comes, well, the one-time tour fill-in drummer for The Mars Volta (as well as Miley Cyrus, Justin Timberlake, Juliette Lewis, and a host of other not-very-metal-at-all folk, though the press release does fail to mention that for some reason). Stick ‘em together and it does exactly what it says on the tin. And in addition to that, it’s easy to hear the band’s democratic approach to writing. Every track – yes, every track – features something that could easily sit on the albums of each member’s other bands.

The song-writing’s up to the level you’d expect, as is the musicianship, the production, and the intensity. There are plenty of hooks, plenty of neck-breaking riffs, and plenty of attitude, all bound up in eleven tracks that boldly underline each member’s strengths. And there’s the rub. This is a sort of “four-for-the-price-of-one”, the product of a bunch of very good musicians coming together to give shape to a bunch of predetermined yet very good ideas. Originally planned in the vein of the Nailbomb project, it may be very different in style but it lacks that spontaneity, that immediacy, and the full-blown, bullet-in-the-face impact that Point Blank epitomized. And so, while very good, it’s the album’s dry in-studio production that stops it from being the excellent album that you’d expect from this line-up. If you’re a fan of any or all of the members other bands, you’re going to love it, or at least enjoy listening to Cavalera do DEP, or Puciato do Mastodon, or Sanders do Soulfy, etc. It’s pretty safe to say that where most other “supergroups” fail to live up to expectations, rather than exceed, Killer Be Killed safely fulfil them. And “safe” is not what this album – nor any other for that matter – should be. 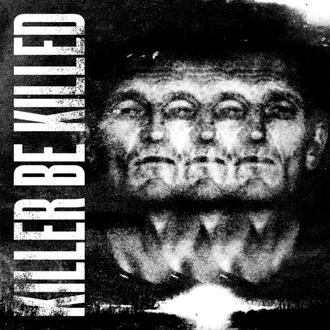