Yep, in case you didn’t know, it is THAT Kiefer Sutherland and no, this isn’t just a vanity project. Sutherland Jr. has been plying his troubadour trade for some time now, and ‘Bloor Street’ is his third album, recorded in LA with his regular band and produced by Chris Lord-Ange (Keith Urban, Carrie Underwood).

So, seeing those production credits it should come as no surprise to find that Sutherland plays Country music, or Country Rock, or Americana…whatever you want to call it, it’s down home, good ole somewhat sentimental music about drinkin’ an’ love an’ stuff, all delivered with a growl and a fair amount of twanging stringed instruments. And it’s good.

Kiefer is sticking to his template here (and the Country template in general). Nothing is being reinvented or overhauled. It is, however, slightly slicker than his previous albums – slightly more polished, more commercial, there is a little less spit ‘n sawdust on Bloor Street but, hey, that’s no bad thing, tracks from this album are already getting a lot of Radio 2 airplay…and make of that what you will.

So, track one. The title track. An ode to Sutherland’s home town of Toronto. It’s evocative, conjuring images of icy windswept streets and bars. Sure, there’s a hefty side order of cheese to the lyrics but it’s delivered with warmth and twang and, of course, there’s that instantly familiar voice, gruff yet smooth, solid and trustworthy and, above all else, likeable. You’re with him, you’re on his side.

The title track sets the tempo too. The majority of the songs lope along at an easy pace – comfortable, warm. We’re in serious FM-friendly territory here, there’s a slickness that reminds me of Don Henley. It all drifts by in a mellow, laid back, dare I say inoffensive style (apart from one cuss word later in the album but come on, bad boys have to retain a bit of an edge).

Occasionally the pace picks up. ‘Two Stepping In Time’ is chock full of clanging guitars, cigarettes and whisky. There a Stonesy vibe and yes, you may have heard it all before but you probably enjoyed it when you did. ‘Chasing The Rain’ too has beefier guitars and, with it’s tales of life on the road, cornier lyrics. “These wheels keep spinning round, taking me from town to town”…see. Oh, and “like a band on the run, feeling untamed”. It has a kind of Petty-lite vibe.

And break up songs, there are several of these. But what Country album doesn’t have at least a couple of tracks for you to cry into your beer to? The titles let you know what to expect – ‘Goodbye’, ‘Nothing Left To Say’. They do what they say on the tin with a heartfelt efficiency.

Other tracks of note include ‘Set Me Free’, which is one of those hoary old car euphemism songs…”ease me into gear, let go of your fear”, that kind of thing. It’s a tried and trusted technique, as road worn and comfortably reliable as Chuck Berry’s cherry red Gibson ES-335. ‘County Jail Gate’, meanwhile, is an effective, piano-led outlaw ballad – lot’s of pedal steel with a hint of ‘Devils And Dust’ era Bruce and an extra dab of schmaltz. The album ends with an overwrought string laden duet with The Mastersons Eleanor Whitmore which is a lushly produced radio friendly package of none-more-Country. And what modern Country album doesn’t have a duet?

And there you have it, eleven 3-minute country pop/rock gems. It’s hard to dislike this album, it’s concise, commercial, authentic and, here’s that word again, likeable. Yes, Sutherland has rocked harder previously but those Autumn years are approaching now, it’s ok to mellow a little…like a fine whisky (there, whisky gets another mention, plus, y’know, it’s Country). He really has no need to do this other than a genuine love of the music he’s playing and that comes across in every single twang of this album.

Phew, review done and not a single Jack Bauer gag…and I had at least 24 of them.

Released by Cooking Vinyl on 21 January 2022 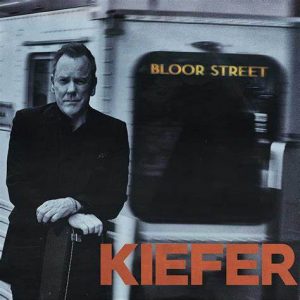