Everything feels a bit trivial in light of the nights events around the world but hopefully as the review will later discuss, the importance of live music remains and will not be defeated.

First up tonight is Midlands outfit Jasper In The Company Of Others, but with a catch… Jasper didn’t have any company.  A late addition to the tour, Jasper Malone is visibly checking his watch and stalling for time as much as possible, however to jump to conclusions that he was a poor choice would be making assumptions.  Katzenjammer bring so much instrumentation with them they couldn’t physically fit a second band’s worth of equipment on stage, it’s spilling off the side and requires an army to ferry it around, so a complete overhaul of equipment would probably be a sound disaster too.

Now I’ve facebook followed JATCOO for years and was looking forward to finally catching them in some form or another, and while Jasper may not have expected the call and had time to prepare a solo set, he does a mighty fine job with his slick soulful voice of nailing some big slaps of folksy acoustic goodness that keep the crowd engaged, clapping and cheering.  He uses his sharp wit staller for crowd banter and lifts the mood and intentions of the night in to the right direction.  His stories include his time playing in Norway which he uses to get the crowd to shout his only known Norwegian word (Katzenjammer are German by name but Norwegian by birth), Skål (meaning cheers), and then he proceeds to ask them to do so later randomly at the girls, which is obliged and shows maybe how well Jasper is accepted tonight.  Not always an easy feat for an opening artist.

Now trying to justify Katzenjammer as a Midlands Rocks band may be hard but really shouldn’t be.  Imagine Seasick Steve with deep folksy leanings… or something like that… in fact, I just don’t know!  Katzenjammer are one of a kind, but their talent dictates they should be appreciated by anyone with an open mind.  Parts of their set tonight alone play like a metaphor to this sentiment.  Deep in to their it they go from ‘God’s Great Dust Storm’ which sees all four girls front of stage as a harmony acapella group only later punctuated by just a mere kick drum and floor tom for atmosphere, to the stomp along ‘I Will Dance’ where Anne Marit plays three instruments simultaneously (literally).  From being able to hear pin drop with the vocal appreciation in the room, to kicking in to an all clapping, all singing whimsical vibe.  They… I’m going to use they as Katzenjammer are made up of four frontwomen, all equally as capable as the next, and trying to remember whom said what, is a task in itself!  So yes, they mention they’re often referred to as being noisy while joking that that’s what they believed until they heard either Skindred or Crossfaith sound checking upstairs earlier. Yet at the end of their show it finishes on them all appreciating the crowd and taking a bow to the sounds of ‘Crazy Nights’ by Kiss.

There’s no rules here other than an abundant amount of influences.. there’s blues, rock, folk, sea shanty, gypsy jazz and huge huge slabs of perfectly written pop melody played on so many instruments that a running joke is created as to not even the girls knowing what the name of one of the instruments that is delivered to the stage.  Anything that makes an enticing noise to their ear is fair game, and it’s probably at this point I must stress that while there’s laughs, it’s so perfectly executed you be hard pushed to at any point suggest it was novelty driven given contextually they’re always on point.

I’d love to say the show went swimmingly but there were some technical sound mishaps plaguing Friday the 13th, and whether it was the set building or me fighting the poor lighting as a photographer to then easing myself in to the atmosphere, being a huge fan of their live dvd it felt a bit of a slow burner before the girls really let loose and their personalities shine.  There was also expectedly a huge cross section in the crowd from young to old, rockers to the more restrained, but the roar after each song was very evident.  Whether the girls did struggle tonight or the cross section took some of the vibe away, what’s for sure is by the end everyone had a great time and the girls powered through with smiles on their faces.

Now I want to finish on two particularly poignant moments worth mentioning in light of everything that happened tonight.  Firstly Marianne tells us before fronting their last single ‘Lady Grey’ of her previous work in a old peoples home and how one older patient in particular suffering from dementia was only ever responsive to the music she put on each morning when her feet began to tap and a smile would cross her face, to something posted by Sol later on facebook which read “A guy called David came up to us in the merchandise stand (tonight) and his body was shaking and his voice was barely hearable (audible). He said with a feeble and trembling voice: ‘I am ill. I haven’t spoken in ten years. Now i am speaking.. I don’t know what you did, but you did something to me! I am able to speak again…'” –  if that isn’t a reason to continue to get out to shows and keep loving music, I don’t what is!? 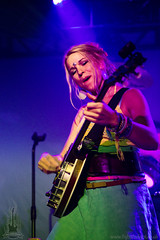 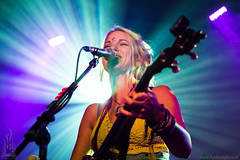 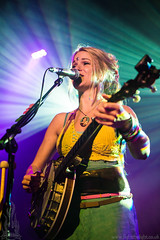 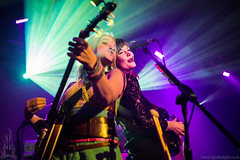 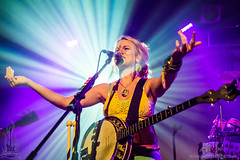 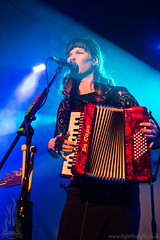 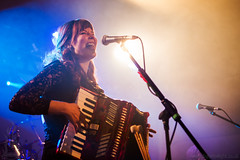 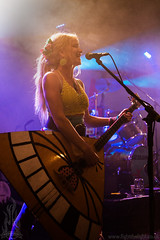 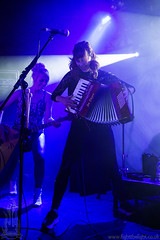 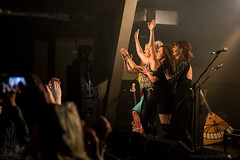 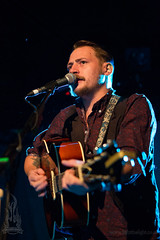 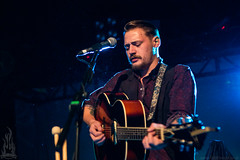 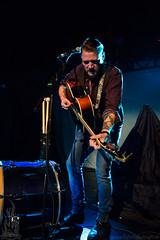 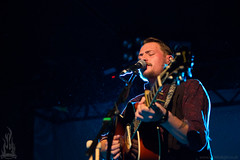