For almost 30 years Katatonia have been a go-to band for those who prefer their mournful menu of songs sweetened by a layer of rich melody. Having started out much like their compatriots Opeth, swimming in the choppy waters of 80s Swedish death metal, Katatonia fairly quickly decided that their future lay down a different path. While the gruff growls are all well and good for your average death metal singer, when you possess a vocal tone and texture as nuanced as Jonas Renkse then it really would be a crying shame to conceal this forever while gargling broken glass.

City Burials is Katatonia’s eleventh album and one that will be eagerly received by their army of fans who first connected with the band through such sublime albums as Last Fair Deal Gone Down (2001) and Viva Emptiness (2003). Unlike Opeth, who took a further diversionary path in more recent years towards an entirely different more prog-infused demographic, Katatonia remain happy, if that in itself is not an oxymoron, sharing tales from their own doleful doom diary, most penned on this album by Renkse himself.

Trying to place their latest release in order of preference with previous offerings is a fairly glib task and not one this scribe has the inclination for. What can be said with some authority and total confidence though is that City Burials is another tremendous long player from Katatonia and fans of the Swedes will certainly embrace it warmly. Few bands have quite such a distinctive feel and flavour as Katatonia and once again here, from the opening swoons of ‘Heart Set to Divide’ you know that this musical monologue can only have been created by Renske and guitarist Anders Nyström . While full of those tender moments which when performed live you can usually pick up on anyone foolhardy enough to drop a pin, the opening song also has that warmth and holistic shape and sound that effortlessly give Katatonia’s songs such a masterful presence. 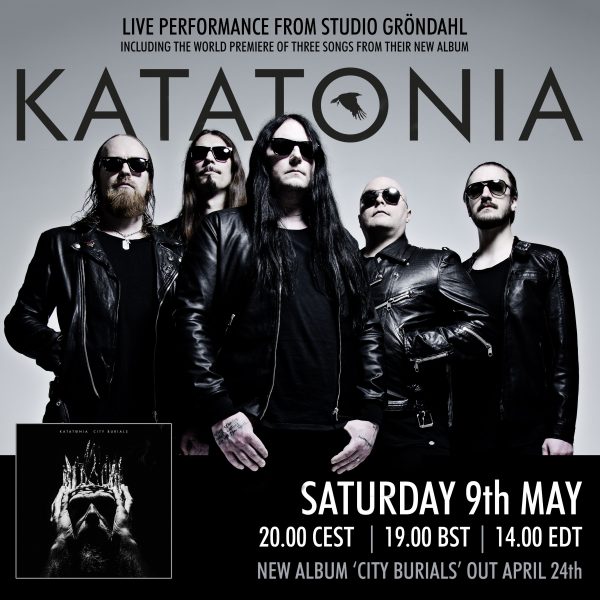 Renske’s voice operates against an almost sheer backdrop on such songs of solitude as ‘Lacquers’ with such poetic prowess as ‘My voice travelling, Soaring bird above your head, The house we lived in, Ridden with disease’. The equally sleepy ‘Vanishers’ is also notable for Renske’s vocal harmonies with Anni Bernhard, of Stockholm art rockers Full Of Keys.

But Katatonia have never been content to exist solely in that somnambulant whispy world and when guitarists Anders Nyström and Roger Öjersson step out from the shadows the sonic dynamic shifts up a few notches, such as on the more energetic ‘Reins’ and the sparkling ‘The Winter of Our Passing.’ City Burials is the band’s first album since their newest member Öjersson joined and he has also made his presence felt from the start.

‘City Glaciers’ showcases the full range of Katatonia’s stride, lush grooves flowing seamlessly, perfectly chiselled turns with drummer Daniel Moilanen providing the merest of percussion persuaders, rather than feeling the need to blast his way to the front. Katatona – the line-up completed by bass player Niklas Sandin – are absorbing performers thesedays, confident in themselves, each other and their work. This is probably also reflected in the actual recording process which they managed themselves in three different studios with Renske recording his vocals at his own home studio.

Although renowned for their magically moody atmospherics, Katatonia do occasionally sound as though they’ve had a bit of fun with this album, a few indulgent prog passages popping up occasionally while there is also an opulence and swagger to much of this album. City Burials also sees the return of Anders Eriksson who played such a key part in the success of such albums as Night Is the New Day and Dead End Kings.

Anyone crying out for any form of live music may like to log on when Katatonia showcase three of their new songs at Sweden’s Studio Grondahl this Saturday, May 9. You can click here to buy a ticket. 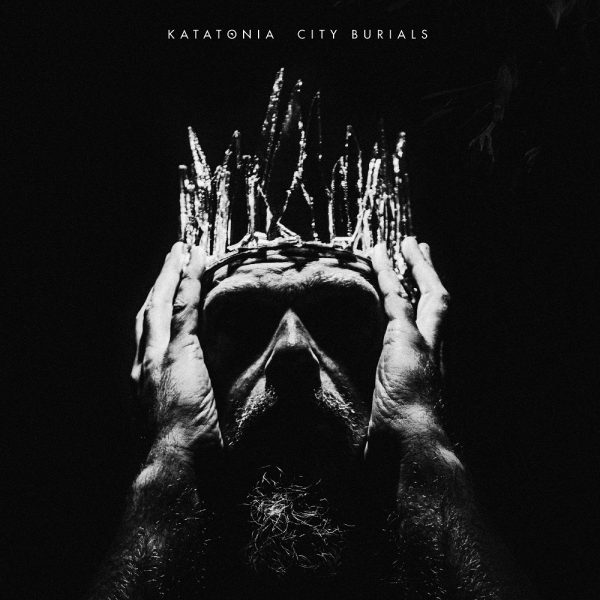