Exactly what you expect from a band with an illustrious pedigree…

The Store For Music

It was twenty years ago today… Good to see this album getting another airing, this time from specialist reissue label, The Store For Music. The years preceding the original release of this album were tough for the eighties’ generation of rock bands. Stadiums had emptied and labels just weren’t interested. For Kansas and others, the world of rock had shifted on its axis, throwing everything off balance. Enter minor label Intersound who released the moderately successful Live At The Whiskey (1992) then – surprise, surprise – funded a new recording… Freaks Of Nature.

The core of the band – Walsh, Greer, Williams and Ehart – remained. David Ragsdale and Greg Roberts had come in on violin and keyboards, respectively. Together, the band had spent the previous five years being ground down by relentless “survival” touring. It took time to get those creative juices flowing again in the studio. Skill, technique and musicianship are kept honed by live performance, but good songwriting and inspired studio performance can become dulled or even rusted up through lack of use. That Freaks Of Nature is as good as it is speaks volumes for the sheer tenacity of the band and their determination to make this second chance count.

Opener ‘I Can Fly’ is a daring intro. Walsh is singing at the outer extreme of his vocal range, stretching to hit the high notes. Ragsdale’s violin is dancing and prancing alongside. They are moving in tandem, at speed, like a fast-moving high wire act, their performance a reflection of a life now lived at the edge of popular music culture. The overbearing drum sound may have been designed as part of the song’s narrative punch, or maybe it was just a bad arrangement choice, it’s impossible to tell.

And there’s ‘Hope Once Again’, on which Walsh duets with a mysterious female. There is something reassuring and strangely affecting about these two voices, one perhaps past his peak, but weathered and mature, singing about love and desire and the possibility of one last chance. Of all the tracks on this ‘comeback’ album (as that is surely what it was meant to be), you can read between the lines on this one, a poignant evocation of what once was and will probably never be the same again.

Further on, ‘Under The Knife’ gets close to the anthemic, melodic complexity of their best work. Walsh’s melody progresses like a classical aria, and everyone else’s contribution adds layer upon layer, fitting together like pieces in a jigsaw puzzle, suddenly revealing the lyrical payoff. If ‘Hope Once Again’ is a hymn of acceptance then ‘Under The Knife’ gets to grips with where the band is right now.

Elsewhere, the ensemble playing is a treat. Years of hard graft on the road have made them as tight as a drum and everyone plays their heart out. But some of the songs just don’t cut it. ‘Black Fathom 4’ overstays its welcome, sounding laboured as it wheezes toward its conclusion, and ex member Kerry Livgren’s contribution, the relentlessly bleak ‘Cold Grey Morning’ is a bridge too far on the journey back to greatness. That said, ‘Need’s disarmingly spare arrangement, coupled with the shimmering elegance of ‘Peaceful And Warm’, the album’s magnificent closer, are exactly what you expect from a band with an illustrious pedigree. 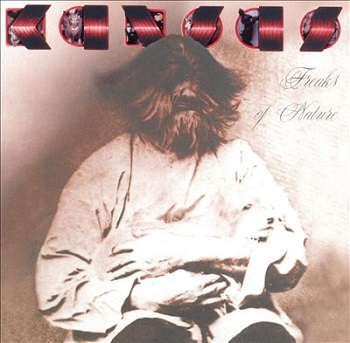