1994 was a milestone in the history of the Buckinghamshire band JUMP. Following the release of their All The Kings Horses… album they found themselves notching up a large number of live engagements including a request from Marillion to play at the launch of the Brave album. When keyboard player Mark Kelly showed an interest in the band they saw the opportunity to take things to the next level. The Myth Of Independence was recorded at Marillion’s Racket Club studio with Kelly in the production chair and in house engineer Stuart Every also in attendance. Despite his comments that his production duties were “a pretty easy task” Kelly did also contribute some keyboards to the finished album. Now onto their forth album since forming in 1990 the JUMP line up of John Dexter Jones (Vocals), Pete Davies (Guitar), Steve Hayes (Guitar), Mo (Keyboards), Andy Barker (Drums) and Hugh Gascoyne (Bass) had performed nearly 300 gigs by the time they entered the studio to record the tracks that would make up The Myth and would play many more following its release with additional Marillion dates and Fish solo support slots on the horizon.

Unlike the previous All The Kings Horses… release which was a slightly patchy affair (Title track and ‘Shed No Tear’ great… ‘Dangerous Devotions’ not so) the songwriting here is the most consistent of the bands career to date. Slide guitar welcomes ‘Tower Of Babel’ a song which straight away plays to JDJ’s strengths as a wordsmith the lyrics rap along with a pleading energy and no sign of the Marillion comparisons so often aimed at the band until it surfaces briefly in the spoken section at the songs close. The piano leads you into ‘Princess Of The People’ before guitar  and vocals build everything to a celebratory chorus. The message told could have been a grim warning to a certain A list royal of the time. Anyone can relate to the next song even if you don’t stand in these shoes yourself you will probably know someone who does live ‘On The Wheel’. The musical timbre turns over and over and over mirroring the lyrical content. ‘Heaven And Earth’ is pushed along on Hugh Gascoyne’s rhythmic bass and it’s repeated “Too Much More” line, punctuated by some powerful soloing from Pete Davies. It always amazes me how much ground both lyrically and musically JUMP can cover in such a short space of time and ‘Valediction’ is the perfect example of this asking “Who Will Be My Judge?”.

Over the years JUMP have been placed into many genres and within the two minutes of ‘Runaway’ we see why folk is a pigeonhole they often find themselves in. It isn’t surprising that ‘Keep The Blues’ still makes a regular appearance in the bands live set and finds them at their most sonorous. On hearing the guitar tone on ‘Keep The Blues’ it will not come as a surprise to hear that they often interject parts of ‘Shine On You Crazy Diamond’ into the live version. During the Floyd like sections Chrissie Hammond (Cheetah) adds to that feel with her stunning vocal harmonies backing Jones’s autobiographical wordplay. Another long standing live favourite ‘Blind Birds’ opens with the distant words telling the tale of a passengers standing on a station platform being informed of an unknown inconvenient delay (jumper) with Mo’s circus keys punctuated by heavy guitar. As well as venting his own thoughts and experiences with ‘The Shallow Man’ JDJ shows his skill at building strong characters an art he has developed over the years to introduce extra dimension into the bands compositions. Here Hammond shows that as well as being an outstanding backing vocalist she can also duet with the best of them. Covering more musical ground with the funked up ‘Drivetime’ this track supplies the albums title from its “In The Tail light Soup, In The Myth Of Independence” chorus line. ‘On My Side’ seems a strange way to close out the album because despite the intensity building within  the track it actually ends on a simple fade but this does have the effect of making you want to  return to the beginning as though you have unfinished business.

Surprisingly despite Mark Kelly’s involvement the following album Living In The Promised Land which took them another three years to complete was a much more keyboard based affair as well as containing more uptempo tunes. The Myth Of Independence gave the band a great base to support them during the period of heavy touring that was to follow and developed their very unique sound… not just Marillion clones. Unavailable on CD for almost twenty years this remastered version will be welcomed by fans both old and new and with the increased spotlight on the band caused by the critically acclaimed Breaking Point album released at the end of 2020 (reviewed elsewhere on this website) and the prospect of their rescheduled 30th (31st) anniversary shows happening later in 2021 there can be no better time to reevaluate this landmark recording. 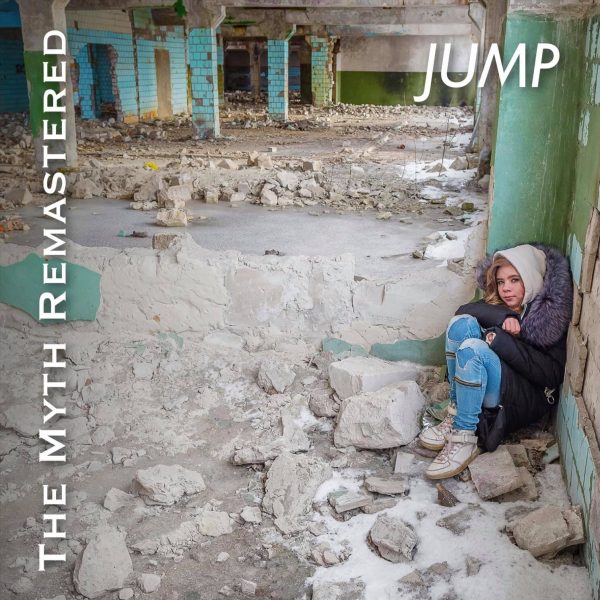