This album was released in November 2020 and I didn’t get to do a review at the time. It was only when I contacted JUMP with a view to reviewing their upcoming The Myth Of Independence remaster that John Dexter Jones (Vocals) said, “Feel free to review Breaking Point…”. Well, considering the many a happy evening and the occasional very merry afternoon that I have spent with the band over the preceding twenty or so years I felt it would be rude not to.

Breaking Point is the 14th album from the High Wycombe based outfit and the follow up to 2016’s excellent Over The Top. Alongside the Welsh front man the band is completed by original members, Steve Hayes on Guitar,  Mo (just Mo like Madonna or Prince) on Keyboard, Andy Barker on Drums along with Steve ‘Ronnie’ Rundle on Guitar who also Produced the album and now departed Bass player Mark Pittam (replaced by former member Andy Faulkner following the albums completion). Breaking Point was due to be released to coincide with the bands 30th anniversary shows in 2020 but as we all know things got a little derailed. So with shows on hold for 12 months the band went ahead and released the album in November 2020.

This is a concept album but not in the literal sense of the word. Although certain themes travel through the piece and it does benefit from start to finish listening it would be doing the individual songs a great injustice to say that they cannot each stand alone and I’m sure this will be proved fact especially once they are played within the live arena. The work gets underway with two introductions. The first is an introduction to the band via ‘The Heroes’ and pays tribute to those who made a difference to the young musicians. The Heroes both sung and unsung who set the musical compass from the very early days. Parents, teachers, caretakers, guitar heroes now all sung.

Next during ‘The Kings’ we meet the villains of the piece. With it’s double layered vocal harmonies which have become a signature of the band’s sound since Ronnie joined in 2003. We have met these characters before both in life and during ‘Old Gods’ from the previous album. Those who have everything but want more and have no thought for those who stand in their way. “The Kings Of Dark Arts” indeed.

Only then do we get to the meat and potatoes of the concept on ‘The City’, ‘The Voices’ and ‘The Cellar’. The stories are told of the desperation, fear and resistance felt by the downtrodden and displaced. The musical journey enhances the lyrical content whether it be with Andy Barker’s beats supporting the words on the introduction to ‘The City’, the heavy drone under almost spoken words which take centre stage during ‘The Voices’ or with the bouncy lilt in contrast to the bleak theme of ‘The Cellar’.

The title track opens with rolling guitar bringing in bass and drum and is the linchpin of the overall concept with refugees moving on from place to place, wandering nationless, homeless, finding no charity and with no end in sight about to reach ‘Breaking Point’. We move to a parallel path for ‘The Parade’ and the reggae tinged ‘The Widow’ turning to war and the returning miner/soldier familiar to Jump fans from previous journals. Despite the historical shift the displacement still holds true with the protagonist’s alienation and separation from the world he has returned to is obvious. ‘Cold Fire’ is where the concept is completed taking us full circle. We began with ‘The Heroes’ where there was hope in the path ahead for the new band and here despite all of the barriers that have been presented our current day hero is determined to forge ahead regardless of both physical and emotional hurdles. This is an album which invites the listener to choose a level of involvement. Either dig deep (and there is plenty of depth) into the subject matter or enjoy some great rocking tunes. It’s all laid out in front of you to decide but is rewarding whichever path you take.

With shows now once more on the horizon, The Myth due at the end of May, the extension to their 2006 live album Something Of The Night titled Some More Of The Night available to download via Bandcamp, as well as Breaking Point receiving wide praise from all corners, things are looking busy for this hard working band over the coming year. Watch this space for The Myth review coming soon. 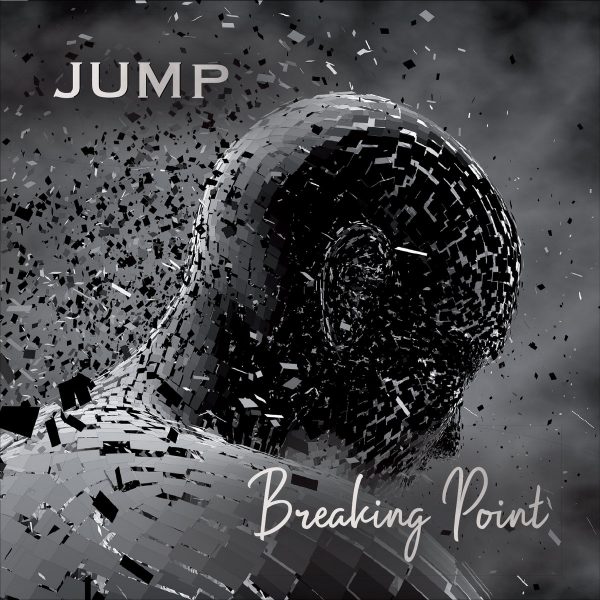