Josh Turner is a crossover artist in the truest sense. Without compromising his core sound his releases have appeared in both the Billboard and Country charts and have sold in eye-watering quantities too. Reinterpreting 11 seasonal standards King Size Manger is a timely release that’s sure to captivate a whole new audience.

Like a Christmas stocking bursting at the seams with tempting gifts opening track ‘Angels Have Heard On High’ explodes with an unbridled effervescence that’ll have even the most avowed atheist tapping their feet. Aiden by a rich, warm production this is the musical equivalent of sitting by a roaring log fire as you’re serenaded by the world’s coolest choir. As Josh’s vocal lines entwine those of the guitar a strange kind of white magic occurs which radiates good vibes out towards the listener. Those who know Josh from his neotraditional country roots won’t be disappointed with cuts like ‘What He’s Given Me’. Co-written by legendary songwriter and guitarist Pat McLaughlin and, like much of this album, it simply drips with Americana. A musical balm sent to soothe our troubled times is the title track and it fully fulfils its remit with great aplomb.

King Size Manger works best when it picks up the pace as it does with ‘Joy To The World’. Featuring a guest spot from the queen of bluegrass Rhonda Vincent, it’s full of vocal and guitar lines intertwining and it is hard to not to get swept along in the sheer joie de vivre that permeates every note. There’s very few bells and whistles here, just a focus on song structure and melody and the album is all the better for it. Starting with a cappella ‘Go Tell It On The Mountain’ soon takes on form and brings Josh’s gospel past to the fore as it tumbles from your speakers like a huge tsunami. With a rolling piano it swings with a jazz sensibility and while gospel and jazz might sound like a strange admixture, here it works rather well.

The Christmas theme that runs throughout give a unified feel, almost like a concept album, and subsequently it’s one of Josh’s most consistent albums. However, King Size Manger contains plenty of variety and shoehorns some ukulele in on the Hawaiian flavoured ‘Mele Kalikmaka My Ohana’. Perhaps not what you’d expect from a Yuletide album but it’s another rich thread in the tapestry that Josh weaves and that’s precisely why this album works so well. Every year there are a plethora of Christmas records released yet King Size Manger, by dint of its fresh interpretations, is an album you’ll keep returning to throughout the year. This album will joyfully play with your expectations and therefore it’ll retain its timelessness. Remember Josh Turner is for life….Not just for Christmas! 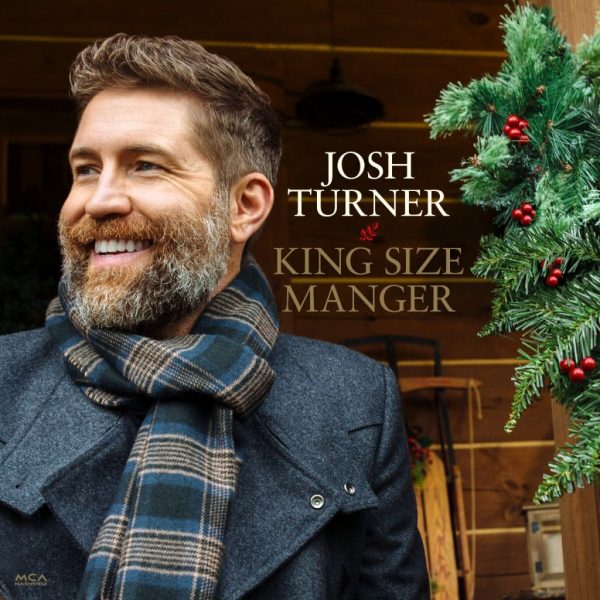