If you’re a Toto fan, this should have you salivating in anticipation. The 26th Feb sees the release of two solo albums, one by Toto guitarist, Steve Lukather and the other by John Williams, their vocalist. Both released by the same label, both with remarkably similar cover art and both featuring the same revolving cast of backing musicians…including each other. It’s been six years since we had new Toto product (the brilliant ‘Toto XIV’), so this flurry of activity is somewhat exciting.

So, to Williams. He has been the bands vocalist (on and off) since 1986. He is also, interestingly, the son of legendary film composer John Williams and the voice of Simba in the animated classic, ‘Lion King’. Oh yeah, ‘Hakuna Matata’…that’s him.

So, why a solo album? Is it going to be a radical departure from Toto’s sound? A foray into Inuit folk music? No, in a word. Lead track, ‘Never Saw You Coming’ (see above) tells you all you need to know. From the opening bars it has Toto stamped through it like a stick of, erm, rock. Very slick – uber produced, it’s slinky, low key, moody and all the classy. Tasteful, that’s the word. Flawless too, that would work. There are no histrionics, everything is kept in check. There are big keys and very cool guitars. It’s commercial soft rock with a pop edge, played by the cream of the session crop.

Oh yeah, the musicians. It’s a who’s who of the LA session scene. Lukather is on hand, as is fellow Toto bandmate David Paich. Also dipping in and out are Leland Sklar, Nathan East, Simon Phillips and Lenny Castro, all of whom have enjoyed tenures in the band. If nothing else this album is going to be well played.

And on we go, ‘Liberty Man’ is soft rock heaven. Moving from a jazzy piano intro into an epic smooth chorus which recalls Chicago in their peak 80’s pomp. It’s calmly, casually brilliant, effortlessly pulled off without anyone involved spilling even a drop of their boat drinks.

The title track shows off a touch of Steely Dan hip, as does ‘Black Dahlia’ which, if anything, is even more reminiscent of Becker, Fagen and co. There is the occasional curveball – ‘Wilma Fingadoux’ is an electronic track, with added violin but always, always, there’s a great melody underpinning it all. ‘No Lessons’ meanwhile, is all about the jazz. Starting with a lone piano, adding vocals and double bass before finishing with strings and mournful sax. it’s beautifully done. A distant relative of Billy Joel at his best and most New York-ish.

Covers too, there are a couple of those. There’s a brief, faithful Beatles track, complete with a damn good McCartney impression and then there’s possibly the album’s only misstep. A duet with Hannah Ruick (Williams daughter) of Peter Gabriel’s ‘Don’t Give Up’. The original, most people would agree, is a sacred text. To cover it you’re fairly certain to be on a hiding to nothing. And so it proves. It’s a nice version with a full bells-and-whistles production but it’s a tad pointless. It’s too slick – it’s soulless, patched together. As good as Williams and Ruick are, they’re not Peter Gabriel and Kate Bush. Nuff said.

But fear not, we’re swiftly back on safer ground. Soft rock returns, a touch of Celtic here, big counterpoint acoustic and electric guitar there and always melody. And a killer chorus. And that’s what this album does best. It’s the mellower, more chart-oriented side of Toto, shorn of metallic edges and mild prog leanings. There is never a hair out of place. It’s measured, professional, clinical AOR with a hint of an 80’s soundtrack vibe and if that’s your bag then it doesn’t get much better than this. What Steve Lukather’s offering will contain we are yet to discover but we will, oh we will…

Released on 26 February 2021 by The Players Club 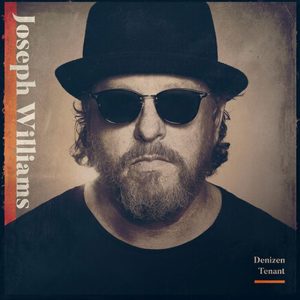