Very little about legendary Yes vocalist Jon Anderson’s fifteenth solo album is quite as remarkable as the story behind it. He started work on the album no less than thirty years ago, in 1990, a length of time that appears to make even the convoluted recording of Guns’n’Roses Chinese Democracy seem smooth and efficient in comparison. But this being Jon Anderson, there are no tales of egomania, excess and feud behind the album’s creation, merely that it was set aside while he did so many other things, even after his departure from Yes following a serious illness, until at the urging of producer Michael Franklin, he began to work on the album again. But even then, if there’s one thing that matches the album’s long history for being out of the ordinary, it’s the sheer number of well-known musicians involved. The title of the album isn’t at all random, it’s a wry reference to the sheer number of musicians involved, names like Rick Derringer, Ian Anderson, Steve Morse, Jonathan Cain of Journey, former Toto singer Bobby Kimball, Robby Steinhardt of Kansas, and Carmine Appice, jazz fusion legends like Billy Cobham, Chick Corea, Jean Luc Ponty and Larry Coryell, as well as contributions from his old Yes bandmates, Alan White, and, poignantly, the late Chris Squire. Overall, a complete contrast to his first solo album, the legendary Olias of Sunhillow, released in 1975, in which he performed all the vocals and played all the music himself.

However many other hands were involved, though, this album can only be by Jon Anderson, he has such a unique voice. However, anyone expecting a return to the glory days of his old band are going to be a little surprised. One current rock magazine heads its album reviews with an indication of what style of music it is, ‘AOR’, ‘Heavy metal’, ‘Black metal’, and so on. Well I wish them luck with attempting to give this album such a brief description, even if, because of his past, this would normally be tagged ‘Progressive Rock’, but when you can identify anything up to four different music styles in a single song, this is an album that genuinely defies categorisation. For example, the gentle acoustic opener ‘Now’ gives way to ‘Ramalama’, with a multitracked vocal intro straight from Fragile or Relayer, before the instruments are added one by one, beginning with a banjo. The next track, ‘First Born Leaders’, starts in the same way, with a single voice, then brings in a Gospel Choir and a Caribbean steel band.

This sense of adventure and ‘if it feels good, do it’ carries on throughout the album. The longest track, ‘Activate’, fills its nine minutes to the brim, including a reggae section and an almost cinematic ending, whereas ‘Twice in a Lifetime’ opens with a romantic violin and an accordion, and what for me is the best track, ‘WDMCF’  with more multi tracked vocals used as a backing track, which gives way to a jazz piano part and the title track gives us more steel band added to a mix of jazz, smooth soul and Yacht Rock.

It can be tricky taking it all in at once, there are one or two parts where there is genuinely too much going on, and this is definitely an album that needs repeated listenings, but not only are most of the songs strong enough to make it all work, Anderson’s vision, his love of music, his energy and his unique voice tie it together and make it a fascinating listen, and with its sense of experimentation and adventure, it might not be ‘Prog’ as it’s currently defined, but it’s a properly progressive album. It’s also worth noting that while this album may have taken three decades to complete, the man is planning to start ‘1000 Hands Part Two’ next year. 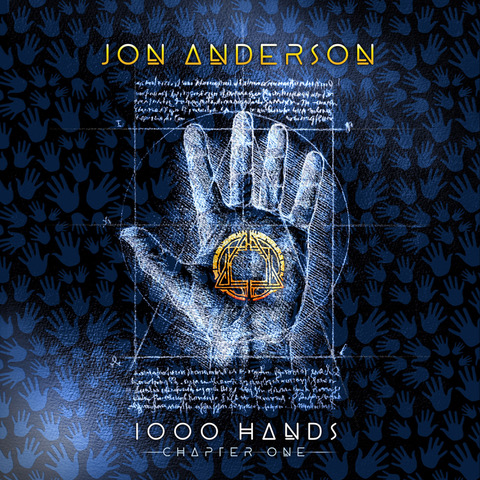