So here we go again, more Bonamassa product. This time round, it’s a new studio album (his 15th? Not including live albums, side projects etc.),  the interestingly named ‘Time Clocks’. Why interesting, you ask. Well, there seems to be a theme here. The passing of time, time as a healer, the unavoidable ageing process…although, for a bluesman, getting a few years under your belt is a good thing.

And Bonamassa, like us all, has had time. To spend, to waste, to ponder life’s eternal mysteries, and probably (this being Mr.B) to acquire more gorgeous vintage guitars. The notorious workaholic has had to take an enforced breather – to recharge his batteries, to take stock, to do jigsaws and (this being Mr.B) to work…hence ‘Time Clocks’.

Recorded in New York, performed by a small band and produced, via Zoom calls, by Kevin Shirley – this is, despite Covid curveballs, pretty much business as usual. It’s a sumptuous package, nice prog-style cover art, great performances and production and Bonamassa in fine voice, tackling very autobiographical subject matter. But there are differences…

This is an album of mostly long song. Three clock in at over 6 minutes while another three are over 7. It also sees Bonamassa, for the first time in a while, stretching out, experimenting with his palette. The scene is set with ‘Pilgrimage’ – 55 seconds of Gilmour-esque ringing guitar and a hefty dose of didgeridoo. Yes, didgeridoo. Then we’re off into lead single ‘Notches’. There is chanting, sitar style 12 string guitar, Joe is clearly going ‘World’. And then we’re off into a killer Bonamassa riff. “I’ve got miles under my wheels” he says (see, the passing of time again) – but he always comes back to the blues. Although this time with more Indian/Arab chanting, a bit of tabla and the triumphant return of the didgeridoo. It’s a classic Joe Bonamassa song, with a twist.

But fear not, blues rock is never far away. And they tend to focus on affairs of the heart. Breakup songs abound and they tend to be heavy, nicely fuzzy and laced with searing guitar solos. ‘Questions And Answers’ asks “why do you have to be so mean, woman” before it’s dirty guitar roar heads off into an almost jazzy shuffle. ‘Hanging On A Loser’, one of the albums most straightforward tracks, mixes swirling Hammond organ with the kind of riff JB can conjure in his sleep.

And then we’re back to the out-of-the-comfort-zone stuff. ‘Curtain Call’ opens with guitars, strings and horns, you just know that it’s going to be big. Suddenly, mid-song, we head into a Middle Eastern inflected riff and you realise that we’re heading into the plains of Kashmir. It’s 7 plus minutes of Zep heavy epicness. ‘The Loyal kind’ meanwhile, heads off towards the other end of the 70’s Brit rock spectrum. A co-write with Bernie Marsden, it’s folky acoustics, flute and talk of “maidens” leads us down a distinctly Jethro Tull rabbit hole.

We wrap proceedings up with another break-up song and a serving of Clapton style mid-paced blues rock and an exceedingly classy solo. This is a fine album, everything about it is classy. It’s a grower, not as immediate as some of Bonamassa’s previous albums and, coming fairly hot on the heels of his career best ‘Royal Tea’ album, has a lot to measure up to. Give it time, a few listens at least, and you’ll realise that you have a solid, mid-table Joe Bonamassa album here.

Released on 29 October 2021 on Provogue Records 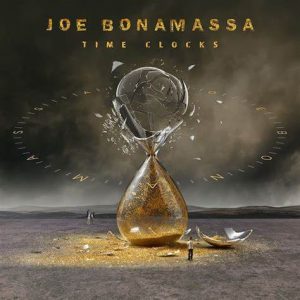