Joe Bonamassa returns with ‘Royal Tea’, his first proper album of solo material since 2018’s ‘Redemption’. And this time out he’s a man with a plan, a mission. ‘Royal Tea’ is a doff of the cap to Bonamassa’s Brit blues inspirations and, to achieve the desired results, he felt he needed to go ‘method’. To this end he moved to London, booked Abbey Road studios, soaked up the vibe and recruited a few allies to nudge him in the right direction and iron out any Americanisms in the lyrics – step forward sometime Cream lyricist Pete Brown and ex-Whitesnake guitar slinger and all-round nice guy, Bernie Marsden.

Before we delve into it in any depth, let’s just say that this album is BIG. The sound is full and loud, Bonamassa and his stellar road band play out of their skins and nothing is held back. It’s brave, ambitious and rocks like nobody’s business!

You know immediately that things here are going to be a bit different. We open with a BIG (see, things are BIG already) orchestral intro. From then we’re off into a proggy riff and some Page-esque string bending. So far, so good, we’re clearly in experimental mode. But then we’re flung into a wall of wah-wah and a seriously rocking riff. It’s almost avant-garde by Bonamassa’s standards – it’s raw stuff, played with rare abandon…and a short but sweet howling FX solo. All bet’s are off.

Straightforward blues doesn’t get much of a look in throughout, we’re firmly in Brit blues rock territory here. Female backing vocals are also a thing, adding colour and oomf to JB’s vocals. Quite a lot of the album is unapologetically rock. The title track, while examining the press treatment of Harry and Meghan, has a beefy ascending riff and John Lord style keys while ‘I Didn’t Think She Would Do It’ almost strips the band back to power trio format to pay rowdy homage to Cream. You can feel Brown and Marsden all over this, from it’s wah-wah intro to almost Hendrix levels of full-steam ahead off the leash playing, it’s a joy.

‘Lookout Man’ is scuzzy in the extreme. Bonamassa becomes a badass braggadocio blues rock hoodrat, bigging himself up (“look out people, I’m a force of nature”) while serving up a nasty-ass funk rock thang, dripping with menace, electric harp, bongos and one of the dirtiest bass intros ever committed to tape. ‘High Class Girl’ imagines a world where Hendrix jammed with Georgie Fame – it’s ‘Green Onions’ with crunching guitarage.

Bernie Marsden also gets to showcase his way around a melodic rock gem with several big radio-friendly tracks. ‘Savannah’ is a breather from the BIG guitars – with it’s dusty acoustics, mandolins and pianos, it’s a gorgeous slice of Eagles style Americana. ‘A Conversation With Alice’ meanwhile is slide-laced good time FM rock – there’s a hint of Derek & The Dominoes in there, a touch of Townshend/Moon chaos but all clearly Bonamassa. The two tracks work as top-drawer companion pieces.

‘Beyond The Silence’ is a mini epic, with it’s storm cloud intro and delicate guitar work it clearly nods to ‘Telegraph Road’. It’s powerful, dramatic, brooding and difficult to top. So, Bonamassa shrewdly decides not to and heads off down one last unexpected side alley (with Jools Holland for company) with the riotous ‘Lonely Boys’. We’re dropped back in time to a dancehall in 1941, star struck local gals are jiving with American GI’s for this slice of Glenn Miller on steroids, aided and abetted by a horn section, some furious rockabilly guitar and Jerry Lee Lewis style piano abuse.

This album is a triumph. Bonamassa’s best since…well, let’s just say it’s his most consistently brilliant album in some time. Despite his production-line approach to releasing product he just keeps getting better and, for Bonamassa fans, this is simply unmissable. It’s classy, heavy, confident and a resounding success – without aping his heroes the sound and feel is definitely there and definitely bona fide. This album so needs to be taken on the road…and please, let’s take Bernie along for the ride. Groovy baby.

Released on 23 October 2020 by Provogue Records 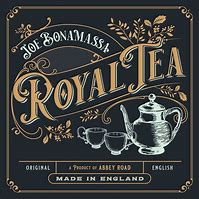