Virgil McMahon has been making a name for himself over the years as a blues guitarist prodigy and has garnered a lot of respect in the Blues scene. I’ve heard the name and I’ve heard the praise but I’m not what you’d call a fan of the Blues so I have never taken the time to check out Virgil and the Accelerators until now. So I was expecting a self indulgent, guitar widdly, laid back drawn out meandering blues fest from Virgil.

That’s not what we got, instead we got a full force rocking blast of blues based driven hard rock. The short set from VATA was full of swagger, energy and grit and I was left a little gobsmacked as my preconceptions of the band were totally off the mark. The band may have its roots in the Blues, but that genre title doesn’t sell what the band are truly about. As a three piece they create a wall of sound that electrified the steadily increasing crowd and as the set progressed the band captured more fans and louder cheers of approval. These guys are full of confidence and put on an exciting live performance.

Virgil’s vocals may be a little thin and not stereotypical of the blues sound but what he lacks in vocal power he sure makes up for in some blistering fret work. He frequently wowed me with melodic and intricate guitar set pieces and solos in between balls to the wall power chords. With his younger brother Gabriel on drums and Jack Timmis on bass breaking out a bombastic and loud backbeat giving Virgil a powerful sound, never letting people forget this is a rock and roll show.

If VATA could ditch the blues tag they could really make waves, but as loyal and dedicated as the blues fan base is, it is restricting to break out of to achieve big time success. They play frequently at The Robin and they have a headline show of their own in November. I fully suspect many new to the band tonight will be making another trip out that night.

Now remember I said I’m not what you would call a fan of the blues and you’re probably scratching your head wondering what the hell I’m doing at a Joanne Shaw Taylor gig, well JST is one the very few exceptions to the rule on me not liking the blues. She has a slight commercial edge to her sound which appeals to me and makes her stand out from the multitude of Blues talent out there who seem to blur into one another and I can’t be on my own in this thinking that as JST has risen from playing to a handful of people to playing large venues and even garnering international fame in a very short period of time.

In fact I thought the days of JST playing the Robin were long gone as I believed her fan base had simply outgrown the venue so I was a little surprised when this date was announced earlier this year. Although I’m glad it’s happened as I never did get round to seeing JST her when she practically lived here so this could be that last unique chance to see Joanne in intimate surroundings. I even managed to get down the front which I really thought I’d struggle to do on what surely was a close to sell out evening.

JST wrongly gets accused of being a Brummie in most press I see about her, but she’s actually from Wednesbury which at my last check was very much part of the Black Country so she’s not a Brummie she was in fact born awesome. In fact given the closeness of Wednesbury and Bilston she couldn’t get much closer to a home town show other than playing her childhood living room! JST does mention on a couple of occasions it’s good to be back home and playing in the Black Country. She also takes time to thank Mike Hamblett (The owner of the Robin) for giving her a break when she first started performing. One of my favourite moments of the evening was as the beer started flowing and the crowd got a little more vocal a lone voice shouted ‘I Love You’ to which she replied to in full on black country brogue ‘I Luv Yow tow’ which was pretty damn awesome.

To be honest I think many may miss out on the full JST experience if they have only seen her at larger venues as up close and personal like this you can get a better feel for her unassuming personality and she interacts like she’s playing to a group of mates and has that level of familiarity and ease. Once she starts playing though that’s when you see the immense power and talent that she has as she switches from cheerful friend to blues rock goddess!

Whilst her rise to fame has been centred on her guitar skills, which she demonstrates frequently tonight slipping into extended solos gathering increasingly loud roars and applause as the set progresses. Where she captures me though is her vocals; she has a raw and emotive voice that has such an intense honesty to it I just found myself drawn deeper and deeper into every note she sings.

JST’s rhythm section was a little nondescript and didn’t really add anything to the show, competent musicians who provided spot on accompaniment but they could have been offstage and no one would have really noticed. It’s no big deal really though cause when you go to see JST no one else matters anyway and JST totally and utterly dominates the stage and the audience’s attention. JST does bring up Virgil McMahon to join her for a song and as I’m watching them all I’m thinking is super group, Virgil’s guitar skills plus Joanne’s vocals, that shit could be legendary!

The set does dip a little for me towards the end of her main set, mainly as a little bit of the energy seems to dissipate as she goes into more traditional Blues territory for a while. That’s only a personal opinion though as everyone around me seemed to relish her entire performance. Highlights for me were ‘Diamonds In The Dirt’, ‘Tried, Tested and True’ and the solitary encore number and title track of her latest album ‘The Dirty Truth’.

An amazing concert from one the greatest talents the Black Country have ever produced! If you ever get the chance to see Joanne Shaw Taylor live in an intimate venue regardless of your taste in music it essential you go and see her! 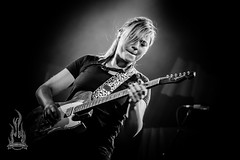 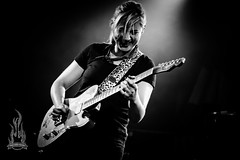 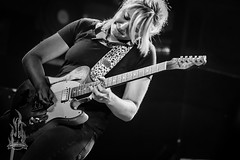 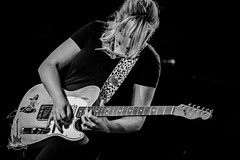 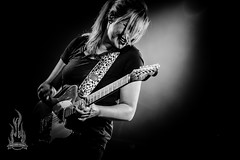 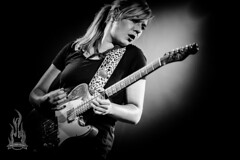 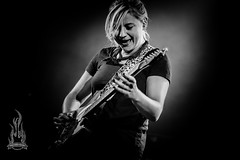 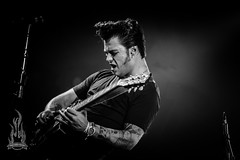 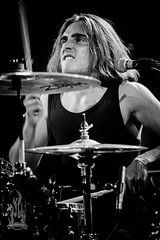 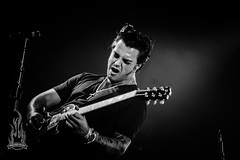 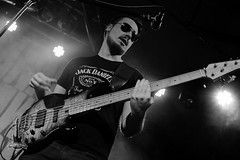 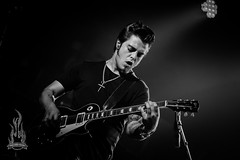 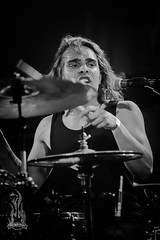 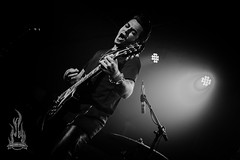 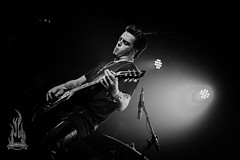 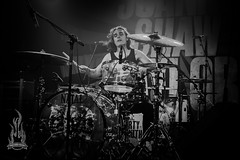 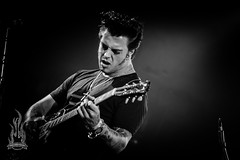 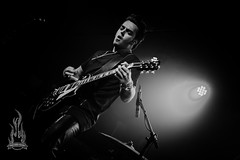 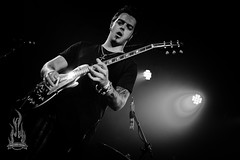 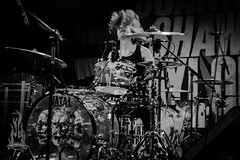