World Stage was a project developed by legendary songwriter Jim Peterik to enable him to work with other singers, outside his work with Survivor, The Ides of March and later Pride of Lions. There was an initial studio album in 2000, followed by an allstar live album in 2002, before the project became a record label, but eventually, in 2019, there was another album, Winds of Change, with an impressive line-up of male guest singers. I emphasis the word ‘male’ because for this new album, Jim has used exclusively female artists, and it also differs from the previous album in that while Winds of Change had almost exclusively well-established names, like Mike Reno of Loverboy, former Styx singer Dennis de Young, Kevin Cronin of REO Speedwagon, Danny Vaughn of Tyketto and the late Jimi Jamison of Survivor, this time it’s almost all lesser known and up and coming talent, including a fair few names that are probably almost unknown on this side of the Atlantic.

The most well-known name here is that of Janet Gardner, ex-Vixen, who gives a terrific performance on ‘Lazarus Heart’, a slower song than some on the album, while arguably the best track, and one of the best performances, is ‘A Capella’, sung by Chez Kane, who also seems to be the only non-North American singer on the album. Despite the title, the song isn’t an a capella performance, but a sprightly rocker, with the title a way of describing being alone, and with one of the best lines on the album. ‘Just the three of us, me, myself and I’. Elsewhere we have Leslie Hunt, a former ‘America’s Got Talent contestant, who also fronts the fine prog metal band District 97, and who gives good performance on the songs ‘Taller’ and ‘Brave Is Beautiful’, and there are also the current singers in classic rock acts, like Chloe Lowery, currently fronting Big Brother and The Holding Company and Cathy Richardson, from Starship, as well as some singers based around Jim’s hometown of Chicago.

It may be the comparative unfamiliarity of some of these names, but a lot of these voices sound very similar, good as they are, and while Jim’s songwriting is as up to the mark as ever, it would be interesting to know if he changed his approach as he was writing for women, rather than male singers. Most of the songs are more ‘inspirational’ rather than love songs, not many rivals for ‘I Can’t Hold Back’ or ‘The Search is Over’ here, but plenty of references to being strong, walking tall and facing the odds. ‘Lazarus Heart’ is a good exception, and ‘Prom Night in Pontiac’ has a fine, Springsteen-like theme, and being a bit less rocky, would probably fit right in on contemporary Country stations in the States, while songs like ‘Tigress’ have the Peterik stamp of quality all over it. However, ‘Against the Grain’ and ‘The Best In Us’ are a bit repetitive and a couple of others don’t really leave much of an impression at all.

As a project to put a lot of lesser-known names in the spotlight, and perhaps to break out of his comfort zone, this is nothing less than praiseworthy, but as a step in the lengthy career of the man who’s written some of the best classic rock and AOR songs ever, some of this isn’t up there with his better work. There’s nothing wrong with the performances, as well as the singers, there are some fine musicians on here, including the likes of Jennifer Batten and Joel Hoekstra, but while it’s clearly a project that meant a lot to him personally, I don’t know how much of a lasting impression it’s going to have. 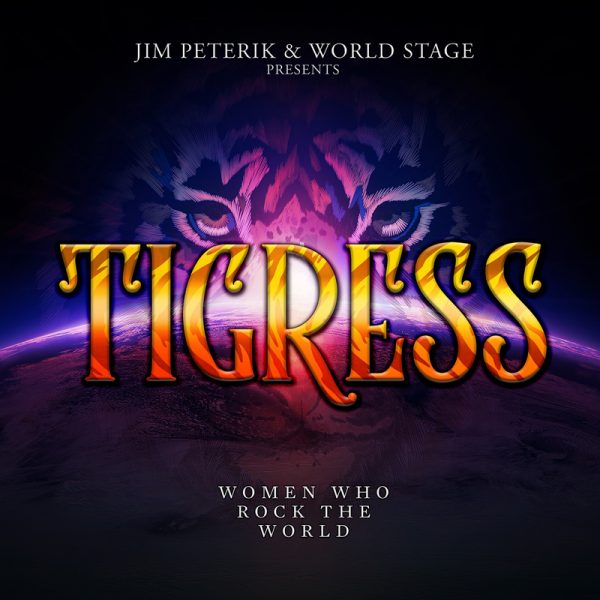