Jim Kirkpatrick is probably best known for his role as guitarist in FM, arguably the UK’s greatest ever melodic rock band, but he’s also regularly seen playing the blues in the Chris Bevington Organisation, and he’s played with Hand of Dimes and Rhino’s Revenge, backed Survivor singer Dave Bickler on his UK tour, and is Bernie Marsden’s right hand man in the great man’s live band, all of which is a pretty good indicator of how respected he is on the circuit. ‘Ballad of a Prodigal Son’ is his second solo album, coming a dozen years or so after the previous release, but it’s clear that the work he’s done in the meantime has given him a high level of confidence and assurance, because this is an absolutely belting record.

I think it’s interesting, and an example of that confidence that he hasn’t brought in a troop of big names to back him on the album. There’s obviously a strong representation from the Chris Bevington Organisation, although the only current FM member to do a bit is keyboard player Jem Davis, although former keyboard man Didge Digital plays on a couple of tracks, and Steve Overland has co-written another. Similarly, Bernie Marsden co-wrote ‘Always On The Road’ but doesn’t play, although ex ‘Snake (and multiple bands besides) bassist Neil Murray does on one track, as does Status Quo bassist John ‘Rhino’ Edwards.

As you might expect from his CV, there’s a strong Blues element in his work, but it’s combined with a commercial hard rock sound that grabs you straight away, the opening song and title track setting the tone from the start, a classy blues rock song that Planet Rock really should be playing the life out of. ‘No Such Thing’ is even better, a similar, attention grabbing track with a terrific hook. This was the co-write with Steve Overland, and while it would have been great to hear the man himself sing the song, Jim takes the vocal himself, and makes a very good job of it, as he does throughout the album.

‘Going Down Alone’ is a slower song, with a touch of Southern Rock about it, as does ‘Blue Heron Boulevard’, an instrumental which has a definite Allman Brothers sound, and in contrast is followed by ‘Be Hard With It’ an angrier and faster track. ‘Skin and Bone (Part Two)’, with its nicely sinuous riff, has a great guitar solo. Next up is the co-write with Bernie, another terrific song, which Bob Seger would be proud of, with some more fine guitar and a huge brass sound backing it up.

’61 and 49’ is interesting as it’s a somewhat different version of a Chris Bevington and Friends album track. This is edgier than the original, the riff more menacing while keeping the Blues element, and is yet another highlight of the album. ‘Talk To Me’ is another slower, more straightforward blues, with a brief but fine guitar solo, before the one genuine cover on the album, a Status Quo song ‘Gravy Train’. The original was written by the late Rick Parfitt and John ‘Rhino’ Edwards, who plays bass on this version, and was included on Quo’s ‘In Search of the 4th Chord’ album. This is a great take on the track, that sounds as if everyone had a fine time recording it and putting a very ZZ Top stamp on it.

‘Brave New World’ was co-written with Thea Gilmore and is not only the longest track on the album, but arguably the most interesting. It’s another slower blues, verging on the epic at times, but there are strong suggestions of Pink Floyd, in the riffs and guitar parts. Nonetheless, the chorus is great, Jim really takes the brakes off in his soloing and it’s another album highlight and another that will sound terrific live if ever that day comes. After that the album comes to a calmer close with the slower, more reflective ‘All You Need Is all I Have’, building up to a peak with a big solo and chorus, before ending on a surprisingly quiet note.

We knew Jim was an excellent guitarist, he’s also a very capable singer, and there’s some fine songs and excellent playing throughout the album, which all adds up to a very, very good album indeed. 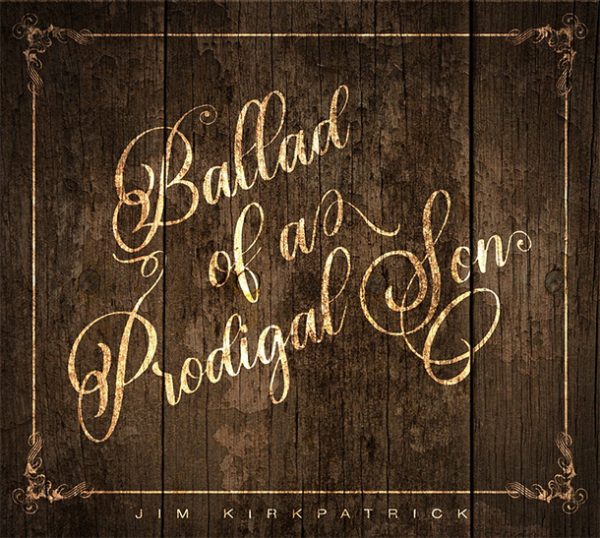