Most ‘casual’ rock fans will probably only know Jeff Scott Soto from his short lived stint in Journey, but look deeper and you might discover that he’s had a lengthy career, playing with Yngwie Malmsteen, Axel Rudi Pell, the mighty Talisman, with Neal Schon in Soul Sirkus, fronting W.E.T., whose debut was one of the best melodic rock albums of the last couple of decades, and more recently being one of the regular performers in the hugely successful Trans-Siberian Orchestra tours of the US, as well as being the voice of prog metal supergroup Sons of Apollo. It’s quite the CV, and well worth a compilation of highlights, although it’s not actually the first, a few years ago, the song ‘If This Is The End’ actually got airplay on Radio 2, and Frontiers tried to capitalise by releasing a compilation, The Essential Ballads. This however is a far more personal project, as JSS has not only personally selected the songs, but rerecorded them as duets, alongside some of the singers and musicians he’s worked with over the years.

For a JSS fan, I don’t think there are many surprises in the choice of tracks, and the album opens in excellent fashion, with ‘Livin’ the Life’, a song written by Sammy Hagar for the film ‘Rock Star’, and for this version JSS is joined by Eric Matrensson of Eclipse, who was also in W.E.T. This is a great version that gallops along, followed by an Yngwie song, ‘Don’t Let it End’, with duetted with Dino Jelusick of Animal Drive. It’s a typically bombastic Yngwie song, well played by the musicians JSS has assembled for this project, including regular collaborators Howie Simon, Leo Mancini and Jorge Salan on guitar, Edu Cominato on drums, and Tony Dickinson on bass. One of Talisman’s best songs is next up, ‘Mysterious’, sung with no less than Eric Martin of Mr Big. It’s a terrific song, brilliantly sung, but it might have needed a bigger production here, make it a little heavier, although maybe it just needs playing louder.

‘Believe in Me’, a song written with Neal Schon for the Lost In Translation album, is performed with Nathan Jomes of Inglorious, who takes more of a lead than some of the other singers on the album, followed by one of the highlights, ‘Coming Home’, a song from the Soul Sirkus album, where JSS shares the vocals with Journey drummer Dean Castronovo. Dean is a brilliant singer, very much in the style of Steve Perry, although I gather, prefers to be regarded as a drummer, and this is a genuinely classy AOR ballad. Another Talisman track, always a live highlight, ‘I’ll be Waiting’, this version including the Brazilian singer Alirio Netto of the band Shaman, but who also tours with the Queen Extravaganza. Again, some great singing but an oddly abrupt ending to the track.

There’s something of a deeper cut to follow, ‘Calling All Girls’ from the band Eyes, whose 1990 debut album is a proper lost AOR classic. This track is sung with Russell Allen of Symphony X, and its sinuous riff and the terrific vocals make it another album highlight. Another Talisman song, the highly funky ‘Colour My XTC’, is next, sung with another Brazilian singer, Renan Zonta, from Electric Mob. There’s some serious guitar playing on this, although unfortunately there are no individual credits in the advance promos, so I can’t say who’s playing what, although you can mention Tony Dickinson’s fine bass playing on this track. Another oddly abrupt ending, though.

JSS recorded several albums with German guitarist Axel Rudi Pell in the 1990s, this is represented here by ‘Warrior’ and it seems fitting that the duet is with another ARP singer, Johnny Gioeli, also of Hardline. This is another great hard rock song that bounds along, proper foot-on-the-monitor stuff, followed by another big ballad, this time ‘Holding On’ from JSS’s Prism. This has JSS’s longtime bandmate known only as BJ sharing the vocals and who does a fine job, before the album ends with another possibly lesser known track, ‘Again 2 B Found’, from the Humanimal album, recorded with members of Talisman and Electric Boys. This duet is with Mats Leven of Candlemass, and sounds a lot grittier than the original.

If you’re already familiar with or even a fan of Jeff Scott Soto, this is a fascinating listen, giving you a new slant on the songs, not to mention a reminder that the man has recorded a lot of terrific music over the years, regardless of who he was singing with. If you don’t already know his work, hopefully it will encourage some to delve deeper into the career of a great singer and frontman. It might also give you some other fine singers to check out, and that can never be a bad thing. 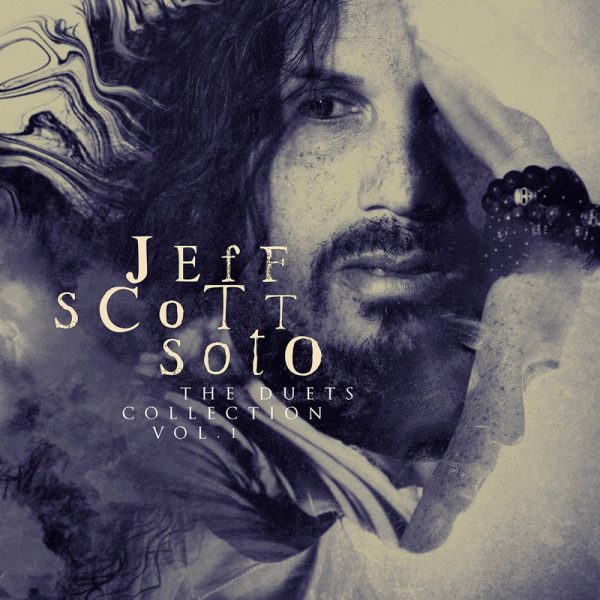