Jawbone have an impressive pedigree. A band made of seasoned pro’s, led by established solo artists Paddy Milner and Marcus Bonfanti. Respected throughout the industry, they’ve played with, well, everyone. As a band they backed Eric Clapton, Van Morrison and Tom Jones at a charity concert organised by Paul Jones. So yeah, kudos.

And now they’re a band, with a debut eponymous album and stuff, which is chock full of classy roots and blues. A cursory listen to the above video will tell you that it’s a distinctly British take on Americana, smooth and laced with barroom piano. Milner and Bonfanti mesh very nicely together, sharing vocal duties and handling their respective instruments with aplomb.

‘Get What You Deserve’ loosens up with a swampy Creedence intro and nice guitar/organ jam to finish. ‘When Your Gun Is Loaded’ is a definite tip of the hat to The Band (after whom they are named), while ‘Family Man’ has melodic hints of Mr. Springsteen. It’s coolly urgent musicianship is, as you’d expect, consummate. Perhaps too much so, everything is placed a little too perfectly, a few rough edges would be welcome.

We then hit a four song run of piano led ballads, laced with pedal steel and Little Feat-esque mellow slide, soulful stuff, but a tad formulaic and sleepily paced. And that, perhaps, is this albums flaw, the album rarely changes gear – it’s utterly professional – slick, confident and, unfortunately, a bit dull.

Don’t get me wrong, it’s a good album. Good. But not on fire, everything is beyond competent, these guys have their chops down pat, they have nothing to prove…and that, perhaps, is their downfall. As can often be the case, put a bunch of seasoned musicians in a band together and the result can be less than the sum of it’s parts. Worth a listen but album number two will have to bring a bit of grit and hunger to the party. 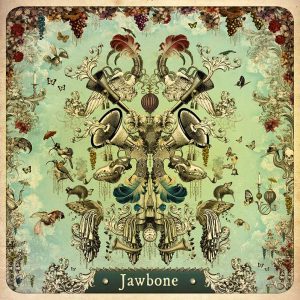