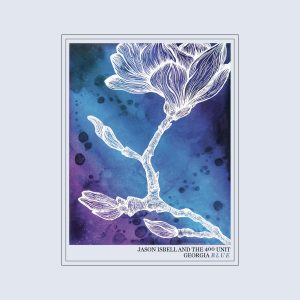 Grammy Award-winning singer, songwriter and musician Jason Isbell and his band the 400 Unit will release a special new covers album, Georgia Blue, out digitally October 15 and on CD & Vinyl November 26 with all proceeds benefiting three non-profit organisations: Black Voters Matter, Fair Fight and Georgia STAND-UP. Set for release via Isbell’s own Southeastern Records, the album is now available for pre-order HERE with additional information on all three organisations.

Reflecting on the project, Isbell shares, “Georgia Blue is a labor of love. On election day 2020, when I saw that there was a good chance the state of Georgia might go blue, I came up with an idea: to record an album of Georgia-related songs as a thank you to the state and donate the money to a Georgia-based non-profit organisation. I will admit my motivations were a bit selfish. For years, I’ve been looking for an excuse to record these songs with my band and some friends. The songs on this album are some of my favorite Georgia-related songs…We have roots and blues and R&B, so we enlisted some brilliant artists to help us pull off songs by Precious Bryant, James Brown and Gladys Knight. My favorite part of the Georgia Blue recording process was having the opportunity to work with these very special artists, and I thank them: Amanda Shires, Brittney Spencer, Adia Victoria, Brandi Carlile, Julien Baker, Bèla Fleck, Chris Thile, Steve Gorman, Peter Levin and John Paul White. I hope you enjoy listening to these recordings as much as we enjoyed making them. Keep listening to good music and fighting the good fight.” 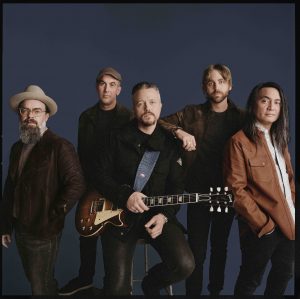 Known for their electric live shows, Isbell and the 400 Unit will continue to tour extensively throughout the fall including upcoming shows at Philadelphia’s Met Opera House, Boston’s Wang Theatre, New York’s Rooftop at Pier 17 (two nights), Minneapolis’ The Armory, Atlanta’s The Tabernacle (four nights) and Nashville’s historic Ryman Auditorium (eight nights) among several others. The band will also headline both nights of Isbell’s own festival, ShoalsFest, which will take place on October 2-3 in Florence, AL. See below for complete itinerary.

Originally from Green Hill, Alabama and now based in Nashville, Isbell is a four-time GRAMMY Award-winning artist and is widely renowned as one of the greatest songwriters of his generation. Garnering immense critical acclaim throughout his career, NPR Music calls him, “one of the finest singer-songwriters working at the intersection of folk, country and rock today,” and continues, “his songs have an exquisite, rawboned realism and deeply embedded class-consciousness,” while USA Today proclaims, “he has developed into one of the great American songwriters…in a world where most pop songs are lies, Isbell is determined to find truth.”

Since the release of his breakthrough solo album, Southeastern, in 2013, Isbell has won four GRAMMY Awards, nine Americana Music Association Awards and was selected as the Country Music Hall of Fame & Museum’s official 2017 Artist-in-Residence. Most recently, Isbell released his acclaimed album, Reunions, which debuted at #1 on Billboard’s Top Country Albums chart, Top Rock Albums chart, Americana/Folk Albums chart and Independent Albums chart. Released to overwhelming acclaim, Variety praised the album saying, “Reunions is reason to feel glad all over…full of emotional nourishment and moral fiber, dished up as quick narrative tapas,” while The Associated Press declared, “a master of lyrical surprise.” Isbell is also a member of the acclaimed collaborative movement The Highwomen (fronted by fellow members Brandi Carlile, Natalie Hemby, Maren Morris and Amanda Shires) and wrote “Maybe It’s Time”—featured in the award-winning 2018 film, A Star Is Born.

6. “I’ve Been Loving You Too Long” (originally performed by Otis Redding)