Visually it’s hard not to compare Stateside guitarist Jared James Nichols to some beefed-up version of Ted Nugent or Frank Marino. And while his power trio rock and blues act tips its hat to the classic rock of the seventies, he’s astute and has tended to deliver three minute blasts of tuneful rock with some feisty fret work rather than the half-hour six-string extravaganzas of yore. It’s garnered him a decent following on these shores, with some healthy support slots and his own club dates.

Thus, pre-Covid things were looking good, becoming a Gibson ambassador no doubt helped. The loss of his father and an accident resulting in a broken arm didn’t. Apart from having to relearn how to play guitar, the cumulative emotional turmoil must have taken its toll. Regardless, he apparently wanted to put an album together featuring a bunch of songs he could put his all into when playing live. That sense of gusto aside though, there’s room for introspection in the lyrics and the music itself reflects this being akin to both doom and grung in places.

“Your body is my temple,” sings Nichols amid his wailing guitar on ‘My Delusion’, though this ode to a babe beyond reach is more reflected in the battered-down blues of a rhythm section impersonating Bill Ward and Geezer Butler. ‘Easy Come, Easy Go’ picks up the pace, a barrage of rock-hard boogie with a guitar squeaking and a squawking all over the show, slowing down mid-section for some feedback-induced sounds then kicking up a fuss right up to the end. Two tracks in and you might be wondering if Roger Bain had produced them, as this one’s vintage Budgie riff wise.

With ‘Down The Drain’ Nichols circles the wagon. Post-modern psychedelic sounds draw the listener in and then refuse to let go as it becomes a raging alt rock workout, his frustrations screaming out loud and clear. A harrowing hail of feedback leads us into the bruised and battered slow blues of ‘Hard Wired’, and a furious and angry guitar solo.

‘Bad Roots’ features some heavy-duty jazz-shuffling drumming that sits somewhere between n Sabbath and Atomic Rooster, and becomes all the more, catchy a little number because of it. ‘Skin ‘n Bone’ is a much more Stateside flavoured with a sound that could be Aerosmith going all Seattle on us, with a very fine vocal delivery from the main man.

Preparing for the next step in life’s journey, ‘Long Way To Go’ comes across like it’s intended to be a stadium-stacked epic with a chorus you can picture folk singing along to and all the pre-requisite “whoa-whoas” you could ask for, despite which Nichols keeps his guitar loud and raw throughout.

Hazy psychedelics and doomy bellowing blues share time with sharp slicing guitars and a speedier frenzy of sound on ‘Shadow Dancer’, possibly the more out-there track thus far but strangely appealing. I hear Quicksilver Messenger Service, Mountain, and Jack Bruce’s Out Of The Storm album here, a weird brew to be sure.

‘Good Time Girl’ by virtue of its title promises to be an upbeat tune and it delivers with a blistering riff over a rock-hard tune evocative of Montrose before ‘Hallelujah’ takes us back to Sabbath, primarily Vol. 4, and does it rather well. An acoustic guitar plays but a bar or two before another torturous barrage of bass chuntering sound ensues for ‘Saint Or Fool’. Finally, effect-laden broken chords stir a heady brew of kaleidoscopic sound on final number ‘Out Of Time’, a tribute to Nichols’ father.

Comparisons to other artists have been made throughout this review. Jared James Nichols has never been a musician you come to expecting to reinvent the wheel; his influences are decidedly old school, but this time round he’s trying on a new collective of influences, ones that are fitting for the despair, frustration and turmoil expressed in some of the songs featured. There’s also some fine bolshy, raucous and tuneful guitar playing to be heard and his expressive singing is possibly the best he’s committed to record. How these songs translate live and how further he proceeds in this direction remains to be discovered. Good times are due us all. 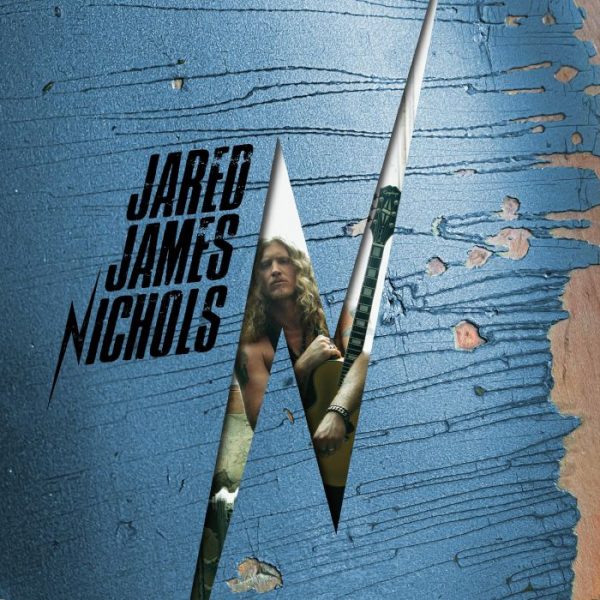