Ok, let’s just get this out of the way before we do anything else. This does not rock. In any way, shape or form. It’s not in the same postcode, Country, planet, galaxy even. It’s mellow to the point of narcoleptic. It’s ukulele’s and (mostly) acoustic guitars. Seriously, it’s damn near close to easy listening but bear with me, there might just be some stuff on here that you actually like.

Jake Shimabukuro, for the uninitiated, is a Youtube sensation©, a video of him playing ‘While My Guitar Gently Weeps’ on the ukulele went majorly viral some years ago and now here he is with album number…well, I’m not sure, there were a lot of Hawaiian releases, but yeah, new album – ‘Jake & Friends’ an album of duets with some surprisingly big names spanning several genres and generations.

So there’s a lot going on here, a lot of different styles and themes. There’s a dash of Country, a smattering of Reggae, a fair bit of jamming and a lot of straddling of the middle of the road. Beach vibes are strong – the album kicks off with Jack Johnson adding his chilled vocal stylings and later on we have an appearance from the king of the beach bum singers, Jimmy Buffett. We also have Yacht Rock royalty, both Kenny Loggins (see above) and Michael McDonald contribute to tracks. McDonald in particular is in fine voice, saving what could have been an overly vanilla rendition of the Moody Blues ‘Go Now’.

Unsurprisingly for someone who rose to fame off the back of a Beatles track, the Fab Four’s presence is felt throughout. Ziggy Marley takes ‘All You Need Is Love’ to Kingston, while Vince Gill countrifies ‘Something’. Former Yes frontman Jon Anderson takes on an ambitious reading of the classic ‘A Day In The Life’ and, while not quite murdering it, he and Shimabukuro inflict some fairly serious GBH. The “orchestral orgasm” doesn’t quite cut it on a uke.

Country is represented by Ray Benson and his band, Asleep At The Wheel, who give us some nice Western swing and Billy Strings who tears it up with Shimabukuro with some serious Bluegrass shredding. The legendary Willie Nelson also appears through a haze of smoke to sing another rendition of his signature song, ‘Stardust’ (one of the few songs that is actually older than Willie), taken at what is now becoming the standard ‘nodding off’ pace.

Guitars do occasionally get plugged in. Slide maestro Sonny Landreth duets on the loose, slow burn of ‘Sonny Days Ahead’ which is probably the high point of the collection – could we have an entire album of this please gents. Gov’t Mule main man Warren Haynes also lends his chops to the 13 minute blues epic ‘On The Road To Freedom’ – half of which is a guitar/ukulele jam out. Nice.

So yes, an album of big names, multiple styles and much to (quietly) enjoy. No, it doesn’t rock, this we’ve established, but it’s a good chill out album. Perhaps there is a tad too much filler, a few too many funereallly (is that even a word?) paced songs, the occasional wig out would have shaken the album up, given it a shot in the arm and an injection of colour that wasn’t beige. It’s not a lazy album, although it can possibly come across as such. It’s just VERY laid back. Everyone involved clearly means well and gives a fine performance, it’s just that it’s too one-note, too nice. Still, it’s good for lowering blood pressure. 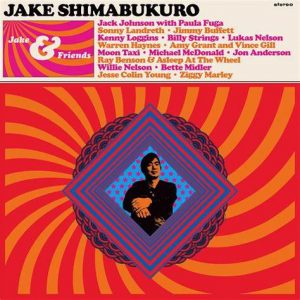