In an age when musical genres are colliding, and mutating Jacob Bryant is staying true to his country roots. That’s not to say his music is generic; far from it, there’s a strong rock edge to his sound but it enhances his operandi rather that detracting from it and his latest album Bar Stool Preacher is sure to propel his rising star into the stratosphere.

Kicking the album off in a lively fashion is the upbeat ‘Well Whiskey (Discount Cigarettes)’ and it’s a heady cocktail of country and rock. With a strong backbeat and plenty of slide guitar it’s the kind of guest, with its irrepressible manner, that you’ll warm to immediately. Delivered with Jacob’s wonderfully oak-aged vocals it’s the type of song that marries serious lyricism with a vigorous vitality and the resulting blend will have all but the infirm and frail up and grooving. Sounding like it emanates from a Mississippi juke joint ‘The Bottom (Raise ‘Em Up)’ continues in a similar vein and captures the spirit of a Saturday night in a beautifully boozy two-and-a-half minutes.

Jacob Bryant’s personal story is a tale of fall and redemption and much of that comes shining through in songs such as ‘Baptized By The River’. Falling like cleansing rain it’s a song that swirls around the listener and sweeps you along in a raging torrent as drums pound like thunderbolts and the keys wash over as if waves crashing the shore. What I like most about Bar Stool Preacher is that it’s an album that’s constantly shifting gears and the following ‘Things That Hurt’ eases off the gas to deliver a sultry number while ‘Can’t Take An Angel To Hell’ captures something of Jacob’s native North Georgia. It’s expansive and evocative and conjures images of bruised coloured skies above Appalachian mountains.

With one of the heaviest riffs known to man ‘Good Ol’ Boy’ swings with a bad attitude and throws its weight around yet it sits effortlessly alongside the tender ‘Devil & An Old Six String’. What unites these differing styles is a heartfelt honesty and you get the feeling that even if Jacob sang the phone book, he’d make it sound intimate. There’s a confessional nature to this album that adheres Jacob to the listener, and no more so than on atmospheric closer ‘Amen’. Full of soaring guitars that reach for the heavens it brings a sense that Jacob is exorcising some demons and brings a feeling of closure.

Following hot on the heels of Jacob’s critically acclaimed debut album Practice What I Preach, his sophomore effort is one “Bar Stool Preacher” you won’t want to ignore. 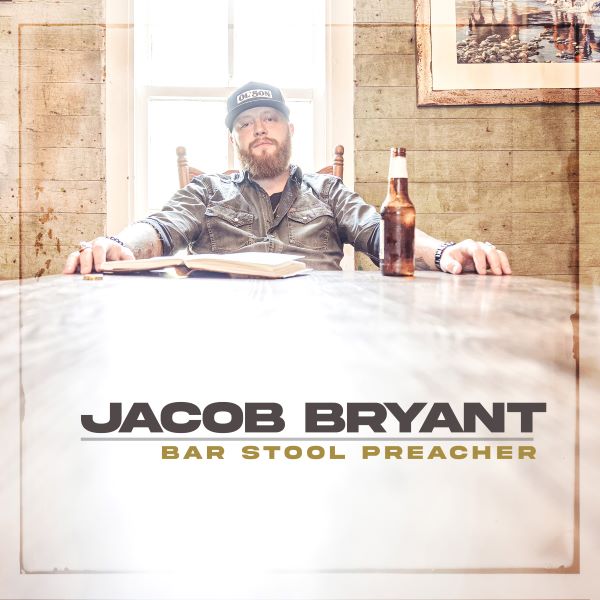