Since I first happened upon Jack Hutchinson in 2016 on a small stage at the back of the iconic London blues bar Ain’t Nothin’ But… he has certainty come a long way. Over the years not only has his music developed from it’s blues/Americana roots but the one time RHR member (along with fellow guitarists Troy Redfern and Mike Ross) has become a little hairier and a lot heavier in his approach to those roots. Momentum started to build with the late 2017 release of Paint No Fiction and by the time its follow up 2019’s Who Feeds The Wolf? was unleashed on the world with not only some kick ass material but a new killer rhythm section featuring Lazarus Michaelides on bass and Felipe Amorim on drums the transformation and evolution was complete. Launched as a Kickstarter campaign back in May 2021 The Hammer Falls hit its target within 24 hours and finds Jack distilling his brand of heavy rock even further following the highly valuable but limited (due to covid) road miles done promoting its predecessor.

The Hammer Falls title brings forth images of dungeons and dragons, but this album is very much set in the real world and the only hammer here is the Jack hammer (see what I did there) pounding on Felipe’s drum kit. Straight out of the trap the band (and despite the name this is very much a band) hit “full throttle” an expression you can expect to read in any review of this release. It is obvious from the get go that this songwriter is a big Zakk Wylde/Ozzy Osbourne fan but what makes the difference on The Hammer Falls is the more subtle influences from musicians like Neil Young, Led Zeppelin or The Black Crowes which gives the album a solid grounding but is nowhere near as in your face as on some of Jack’s previous projects. Following the opener ‘Straight From Hell’ with its huge riffs and immediately showcases the power of this colossal back line the pace fluctuating occasionally slowing things down before ‘The Hammer Falls’ swings the balance to a more catchy mood with a chugging six string driving the verses complimenting the hook filled choruses. The power remains intense whether in the shape of the Wylde style guitar on ‘Down By The River’ and ‘Gunslinger’ with its AC/DC light intro or with the anthemic lyrics found on ‘What Doesn’t Kill You (Only Makes You Stronger)’ and ‘World On Fire’. The most important ingredient elevating The Hammer Falls to the next level is the manner in which Hutchinson’s lead guitar is able to punctuate the consistently solid foundation laid down by the Michaelides/ Amorim duo, whether he is soloing on the title track or laying down exquisite twin lead on ‘Call Of The Wild’. Jack and co. are however no one trick ponies and as we found out with ‘I Will Follow You’ from Who Feeds The Wolf?, here we have ‘Angel Of Death’ which finds them in powerful but reflective mood, this time looking back at where the world has found itself over the past 2 years. Add to this the more commercial rock of latest single ‘Halo’ which seems to hark back to some of his earlier work with previous line-ups and the death metal growls mixed with Hutchinson’s more familiar vocal range presented on ‘The Ravens Crow’ and you find something here for jut about everyone who likes their rock classic. Have your devil horns at the ready.

Available on CD, black vinyl and a very funky black and cream vinyl including limited signed copies from Eyesore Merch web store or on the merch table as The Jack J. Hutchinson Band head out on the road across the UK following the album launch at the Academy2, Islington on 3rd February. This star of the NWOCR (New Wave Of Classic Rock) has much to look forward to as the world begins to open up in more ways than one. I will conclude with Jack’s own words taken from his Kickstarter launch “I believe in the power of music to make a difference. This record is the best stuff I’ve ever written and with your help I can get it to as many people as possible”.

3.Down By The River

6.Call Of The Wild

9.What Doesn’t Kill You (Only Makes You Stronger) 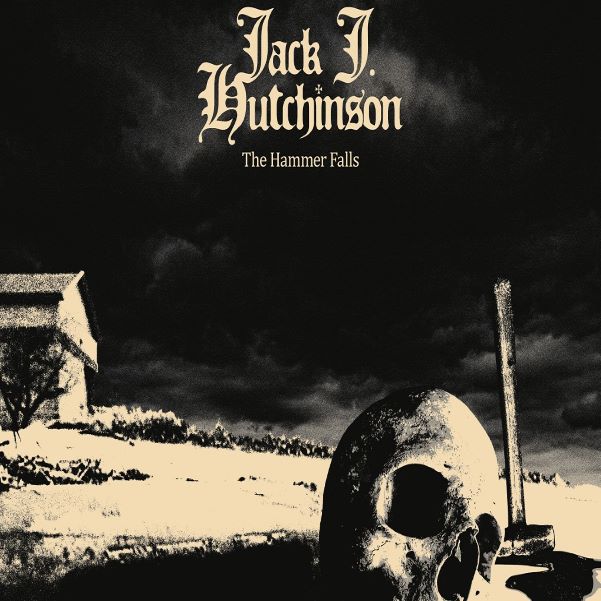