We’re currently living in a golden age of singer/songwriters and the brightest gem in a jewel encrusted crown is surely Jack Francis. Putting a decidedly Anglo-Irish twist on the Americana genre his eponymous album, Jack Francis, is a joy from start to finish and proves that the best in Americana is being produced right here in the UK.

‘A Little Love’ is a strong opener and begins life as a quiet storm with Jack’s voice floating serenely over acoustic guitar but it soon adds layers of rich textures and wraps itself around the listener like the arms of an old friend. A musical balm sent to soothe our troubled times it becomes a warm and luxurious affair that positively drips with soul. I’m picking up a definite ‘70s influence, especially the songsmiths who came to fruition in that decade; Bob Dylan, Paul Simon and Bruce Springsteen are all in evidence here and Jack has merely used them as a springboard towards his own unique sound. In a sudden (but effortless) sonic shift ‘Silver Lining’ is a lithe boxer dancing round the ring and the lyrics, almost despondent, married to a buoyant beat makes for an interesting juxtaposition.

Aided by Archie Sylvester’s expansive production Jack Francis is an album that pours from my speakers like liquid gold and, placing Jack’s world-weary vocals centre stage, gives his lyricism the attention it fully deserves. Each song is a novella that tells a tale; it’s evocative and music for the intellect and will place strong images in your mind’s eye. These songs will conjure all sorts of thoughts and feelings and ‘Driftwood’ will magically transport you to the nook of a cosy bar or, as in the case of ‘Helena’, leave you blinking in the bright light of a summer’s day. However, even when Jack Francis is standing in the sunshine you get the feeling that clouds are gathering on the horizon and ‘Helena’ is tempered by a heartfelt longing (those tensions of opposites again).

Attesting to Jack’s roots ‘To Mean As Much To You’ has a Celtic rock influence and wouldn’t sound out of place emanating from a bar in rural Ireland and it sways gently as if blown by a gentle breeze. In perpetual motion the penultimate ‘The Wheel’ is a series of interconnected cogs that turn a huge machine, but nothing can prepare us for the shimmering shards of effervescence that radiate from closer ‘Cold Hearted Little Man’. Imagine Tom Petty jamming with The Kinks and you’d have something approaching its sheer joyfulness. Awash with organ and propelled forth by a catchy rhythm it’s an earworm of the highest calibre that’ll haunt you long after the disc’s stopped spinning.

A trip to America found Jack Francis returning with the sound of Nashville indelibly etched on his psyche and when you factor in a whimsical English streak you have a marriage made in heaven. It’s easy to hear why Jack has made admirers from the likes of Tom Robinson and Janice Long but this album is sure to win him many more friends. 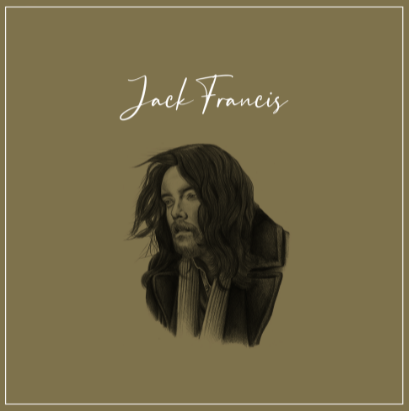