December 2012 was the last time we heard from Poland’s Iubaris, the compilation Magnum Coeptum Satanicum (reviewed here) bringing together the two Ars Sathanae EPs released in 2011 and 2012. Arriving just shy of two years later, Code quickly makes it clear that Iubaris is not a band that allows itself to be dictated to either by the codes of a genre or by the bounds of their musical abilities. Instead of all-out ire, Iubaris push further out into more experimental territories to give the charred soundscapes an array of shapes and shades for a sound that breathes a monstrous breath. Where the two EPs demonstrated a band that owe as much to death and black metal as they do classical and ambient, with Code the brutality remains yet its impact is fortified as much by silence and subtlety as it is aggression and intelligent design.

Simultaneously eerie and mystical, the shadowy, weighted air flows through the intense industrial-strength drive of the album’s wealth of textures and dynamic structures to make for a disconcerting listen. Where tracks such as ‘Odium’ and ‘Lost’ bear an unsettling calm within their disjointed and distorted depths, ‘Plod Through’ and ‘What Is Lost To Be Found’ drag us through a maze of ominous complexity. And though the death-laced and relentless immediacy of ‘Now’ and the distortion-driven ‘Absolute Zero’ threaten to overshadow the album, the beautifully discordant acoustic ‘Interludium’ remains equally powerful and just as moving. And with the seven and a half minute ‘Eternity From Ashes’ to close the album, Iubaris prove themselves compositional behemoths.

An album that slowly worms its way in to dispense its toxins, Code takes a while to understand. It is what they call a ‘grower’. And as clichéd as that may sound, there is nothing clichéd about Code. While the fiery riffs and textural guitar work of Antares and Mjolnir, Hipnagog’s machine-like drums, Vulpus’s incredible bass work and Anatares’s biting vocal provide a firm foundation that is every bit as penetrating as it is gripping, for Iubaris, this template of extreme metal is but servant to the master, i.e., their music. Balancing the atmospheric, the ambient, and the textural with the cold, the calculated, and the complex, Code is devastating beauty in discordant darkness. 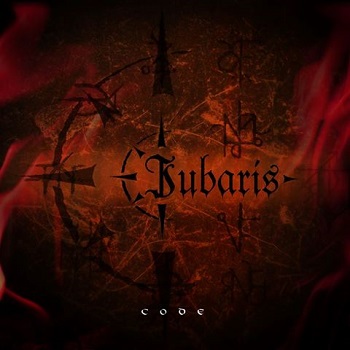