There’s nothing quite like the sound of a metalcore band in full flight, and there’s little to rival those crushing breakdowns and monolithic riffs. However, for all its aggressive heaviness, the scene can often retreat into a generic cocoon that stifles any creativity. Well, that’s been rectified with the arrival of London’s Ithaca. After dropping their critically-acclaimed debut in 2019, the band’s sophomore effort, the aptly-titled They Fear Us, finds this quintet forging new ground and creating a sound that incorporates everything from industrial metal to prog rock and wraps them up in a strong melodic sensibility.

As mission statements go, opening cut ‘In The Way’ is the perfect calling card. Throat-shredding vocals are encased in razor sharp riffs, while the drums and bass combine to create a rhythm section that swings like a huge wrecking ball. It becomes immediately obvious that Ithaca aren’t here to take prisoners, yet the band aren’t all pure bludgeon and a quieter mid-section provides a little calm in the midst of the storm. However, the eye of the tornado only acts as a foil to highlight the heavier sections which bookend the song. It is this light and shade which makes the band such an intriguing proposition, and these mirrors reflect throughout They Fear Us as guttural growls nestle next to clean singing and ambient passageways lead to rooms filled with explosive sonics.

When metalcore is played properly it should make you want to initiate a mosh pit (even if it’s only in your living room) and each of nine tracks that comprise They Fear Us fulfil that remit. This is music made for windmill kicking and stage diving and is sure to cause chaos wherever, and whenever, it is unleashed. If you want to know just how heavy one band can get, then check out ‘Camera Eats First’, a track that places a boot on the listeners neck, and holds it there for five brutal minutes. There’s an ambient interlude again, inserted for contrast, and even though you know it is coming, it is no less powerful, and only adds to the overarching feeling of brutality.

They Fear Us is progressive, in a Meshuggah way, insofar it’s full of cyclical riffs that fit together like tightly meshing cogs, and harmonic lines that cross as if searchlights piercing a jet-black sky. This album is a multifaceted beast and ‘Cremation Party’ delivers a visceral blast of hardcore fury, and makes a fine companion to the dystopian nightmare that is ‘Number Five’. From this point onwards, there’s a subtle shift that might be discernible to attentive listeners, as Ithaca slowly, like a snake shedding skin, start to throw off layers of heaviness, and by the time we reach atmospheric closer ‘Hold, Be Held’, the band’s transmogrification is complete. Standing starkly against a white backdrop, ‘Hold, Be Held’ is distilled of any extraneous thrills and becomes an earworm that’ll crawl to the centre of your cranium, and it won’t be leaving anytime soon.

Leapfrogging the “difficult second album” with apparent ease, Ithaca have produced a record that should swell their fanbase, and garner them some global attention. 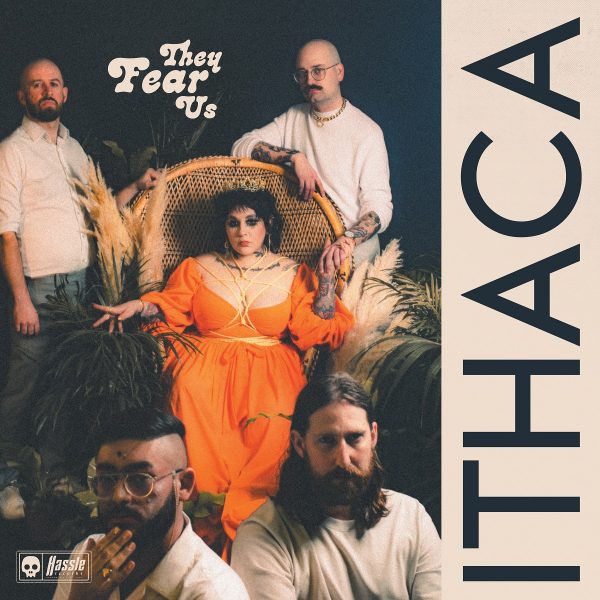