During the late 80’s the first phase of It Bites was something of a roller coaster ride. Peaking early with the #6 single ‘Calling All The Heroes” in 1986 it was pretty much a slow downhill journey from there. Despite the video friendly Eat Me In St. Louis giving them a little hope they eventually split in 1990. With front man Francis Dunnery off to pursue his solo career it seemed like that was it for the power pop quartet. Moving on 15 years and It Bites keyboard player John Beck found himself in prog supergroup Kino with Peter Trewavas (Marillion), Chris Maitland (Porcupine Tree) and John Mitchell (Arena, Lonely Robot etc. etc. etc.). Maitland quit the band following the recording of Kino’s Pictures album so Beck called on his old It Bites pal, Bob Dalton, to fill in on drums for the remaining live shows. When the tour was over and Trewavas returned to his day job, Beck and Dalton regrouped with Dick Nolan (Bass) to give a new John Mitchell-fronted It Bites a run around the block. The subsequent concerts and the accompanying live release, When The Lights Go Down, proved popular but following the tour Nolan made his decision to leave the band. Undeterred, the remaining members entered the studio and with Mitchell and Beck taking on bass duties, completed the tracks which became The Tall Ships.

Straight away you can tell that anyone who was a fan of the early days is going to be more than comfortable with the familiar sound of the opening tracks from the new format. ‘Oh My God’ and ‘Ghosts’ both have the classic Beck keyboards, powerful guitar and hooky choruses so apparent in songs like ‘All In Red’ from the band’s debut album, The Big Lad In The Windmill, and ‘Kiss Like Judas’ from Once Around The World. ‘Playground’ was the only new song previewed on the band’s first Mitchell-fronted tour with his wonderfully emotional vocals showing the strength of this latest collaboration. The pace picks up and the vocals take a more edgy turn to accompany Dalton’s powerfully punchy beat for ‘Memory Of Water’. It demonstrates the band in full flight and shows that John Mitchell is more than capable of filling Francis Dunnery’s shoes both vocally and on guitar.

Title track ‘The Tall Ships’ tells of the ships that comes to take you “home” at the end of your time on this mortal coil and is the perfect partnership between Beck and Mitchell. Back to the classic It Bites sound of power pop on ‘The Wind That Shakes The Barley’ the difference between the contrasting sections and the galloping drum rhythm hinting at a slightly more progressive approach. In contrast ‘Great Disaster’ drips Eat Me In St. Louis era with it’s bouncy MTV friendly harmony vocals it will have you dancing around your living room singing “Dum Diddly Um Diddly Ay Oh”. Although all the songs are credited to Beck/Dalton/Mitchell, ‘Fahrenheit’ and ‘For Safekeeping’ are Mitchell at his lyrical best heartfelt and emotional. Before the final epic closes the main album out another chance to dance around the house with ‘Lights’. I challenge you to not be singing, skipping and playing air guitar by the end.

‘This Is England’ is the song which shows the way forward for the 21st century It Bites and is a signpost to the Map Of The Past concept album which they were to deliver in 2012. Grab a cup of tea and strap in for some proper old school English prog with thirteen minutes plus of beautiful story telling. When it was originally released in 2008 The Tall Ships European and Japanese versions had different bonus tracks but with the new version remastered by John Mitchell we get both ‘These Words’ (Japanese) and ‘When I Fall’ (European). They are both worthy additions and it must have been difficult initially to decide which one to leave off because neither of them are throw away tracks.

This album sees the coming together of two forces and it shows the transition and joining of musical minds. If you enjoyed the original three albums released by the band in the 80’s there are enough musical reference points within The Tall Ships to make you feel at home.

After the album was released, the band hit the road once more this time performing a mixture of old and new material. Then in 2011 they returned to the studio with Lee Pomeroy (ELO/Archive/Steve Hackett) on bass to write and record the follow up, Map Of The Past. As though one remastered album wasn’t enough, InsideOut are also re-issuing the remastered follow up on the same day. But that’s a whole different review … watch this space. 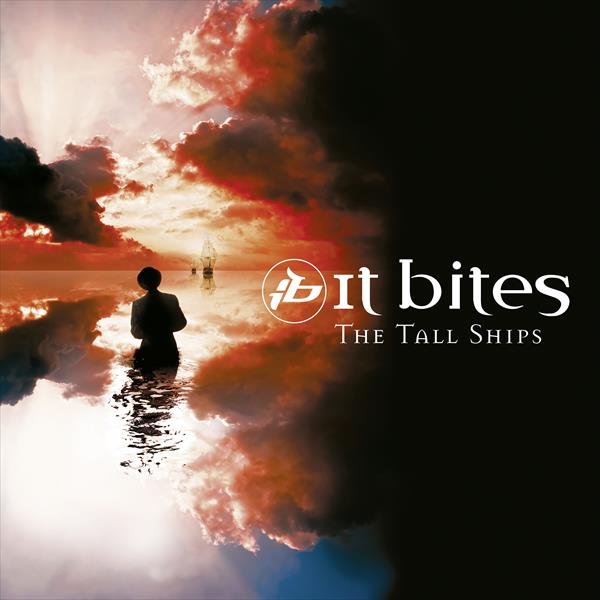