Appearing on 20 April 2015, from Nuclear War Now! Productions came one of the most highly-anticipated releases for 2015: Transient, the debut full length release by France’s Chaos Echœs. Combining magnificent complexity, an exceptionally high degree of musicianship, and a distinct sense of experimentalism, the album is a unique piece of work. Atmospheric and experimental, while firmly rooted in the spirit of metal and best absorbed as one continuous piece, it’s a long, ritualistic, and haunting experience. Here, bassist/vocalist/effects man Stefan Thanneur talks to MR’s Jason Guest about the band’s development, the album, the role of improvisation in the band’s creative process, the importance of visuals, and the band’s philosophy…

Thank you very much for taking time out for this interview and congratulations on Transient, an amazing piece of work! Your first full length album, what was it that you set out to achieve with it?

Thank you much for your compliment. We are already pleased with the result and rather proud of Transient. We sure hope this album will be well received, and will help us to continue our sonic journey, to develop and spread our artistic intentions with other recordings, concerts, meetings, opportunities.

Bloody Sign died with the departure of Hagen, their singer and bass player. The orientation initiated on the last album Chaos Echœs had brought new horizons that Kalevi and Ilmar wanted to develop. Bloody Sign was around fifteen years of existence, and was a typical, old school dark death metal band. So it seemed more simple and easy to start in this new musical direction under a new identity and a new philosophy. Choosing Chaos Echœs for band name was a way to not completely cut off with the past, and that name fitted quite well with the new orientation. 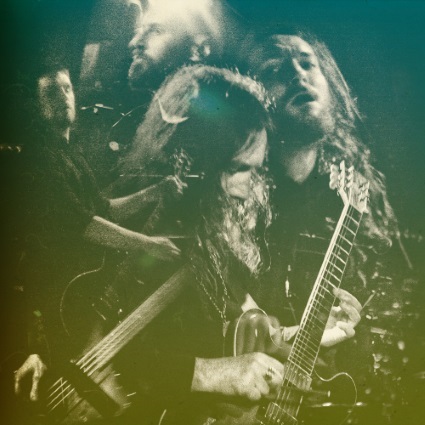 Exploring virgin lands of darkness, deeper and deeper, through sound and vision, without any boundaries. Creating a shapeless and unpredictable menacing beast. We don’t really have a dogma or anything like that. Chaos Echœs grows and evolves itself with time, envy, opportunities. We just envision our dark music with the same philosophy or the same freedom many bands of the 60’s and the 70’s had.

Your bio (on Facebook) states that the band wanted to transport your dark death metal to a black hole of improvisations, psychedelia and trance. What are the differences in your approach to composition between the two bands?

Bloody Sign respected the roots and rules of death metal. Even if the band had its own singularity, it was a death metal band. The aim of Chaos Echœs is different. We seek to further endanger us, to create a form of emergency in our approach, by putting aside some conventional ideas of structure and composition. The process of this research is more important to us than the intended purpose. The journey is more significant and interesting than the arrival.

When improvising, do you have an idea of what you are looking for or does it take shape as you work?

Sometimes we have a preconceived idea based on rhythm, progression, etc. But even in such cases, we never know the outcome in advance. Improvisation creates a special relationship between the musicians, with tension and concentration. You can’t be only focused on your own part, you have to be and stay open to the others. This state gives a very organic result, where vibe and feeling bring a colour, a unique atmosphere to the track.

I assume your improvisations must produce a lot of material. How do you decide what stays and what gets discarded?

There is not a lot of material put aside. Band members live far away from each other, which imposes a particular organization. We generally have a three-day session once a month. So our jam sessions are rare. The only selection criteria is our own opinion. It’s very subjective. If everyone is okay, it’s very simple. But if only one of us disagrees, we try to understand what the problem is and find a solution.

When it comes to performing live, how closely do you stay to the recorded versions of your material? Do you leave space for improvisation?

From 2012’s Tone of Things to Come up to the new album, the name ‘Interzone’ appears in the titles of a number of your tracks. Would that be from William Burroughs?

We chose this title for its meaning, without specific connection to Burroughs. Burroughs is not an intentional influence, but rather an artist who has an important part in our artistic reflection. Through his vision of art as a whole, his vision of mankind, his approach to literature… to always go beyond conventions. 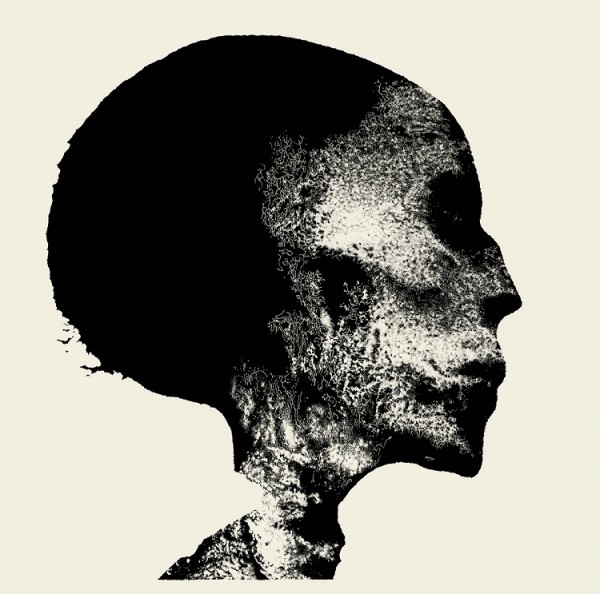 The band’s artwork is very striking. Who designs it?

How important is the visual aspect to your music?

It is very important to us. It’s part of our identity. A way to specify, enhance our music through a visual universe and create a dialogue between these two arts to provide an even stronger feeling of immersion.

Any gigs or tours planned? Will we be seeing you in the UK anytime soon?

We will do some dates in Europe with Portal and Impetuous Ritual in June. And some festivals are also planned this fall. But nothing planned yet for the UK. Unfortunately.

What would be the ideal setting for a Chaos Echœs performance?

Our music is very introspective and expresses more easily its potential and its particularity in a small atypical venue than at a big open air festival. But we already have in mind some original and exciting ideas we might be able to implement one day. Hopefully, this is just a beginning. There is so much to do.

Yes, we are already working on new material and new projects. But it’s still a bit early to talk about it; we are in the process of creation. It allows us to remain alert and motivated.
But above all we must work to promote our album, play live and spread our music as much as we’ll get the opportunity to do so.

Be curious! Be open to novelty and strangeness! Avoid conventions and refuse compliance!
Thank you very much for your interest and your support.