With new album Mach Dich Frei released on 23 January 2015, drummer and vocalist Wombo of Germany’s Finsterforst spoke to MR’s Paul Castles about the new album, the scary dude on the cover, the band’s sonic diversity, being labelled a folk metal band, the members risking life and limb to stay on stage (literally), and their alter ego band Cryptic Forest…

Hi Wombo. Thanks for taking time out for this interview. I’ve been listening to the new album Mach Dich Frei and really enjoying it.

Hi Paul, good to hear that you like the album – so do we!

Can you tell us something about it?

Mach Dich Frei was a shitload of work. Simon started writing the songs back in 2012 but has finished the last one just one week before I started recording drums. Same goes for the lyrics. We have been playing around with a lot of different ideas for lyrics but nothing really went hand in hand with the music. In Finsterforst we have the music as starting point and then try to find topics to sing about afterwards. As you have heard Mach Dich Frei the music has so many different layers and to find an overall lyrical idea that features all these aspects was quite a difficult task. But we got it done and are 100 % satisfied with it… that is until we start working on our next output and then the doubts start coming whether we would have done something different in retrospect, hahaha!

Finsterforst bring a lot of diverse sounds to the table. Does that present additional challenges in trying to make things work?

As I have mentioned it was hard for us to find a fitting topic for the lyrics. On the musical side it doesn’t make things any easier. We have spent almost two months in studio just recording all the instruments. Afterwards Simon spent another full three or four weeks arranging all the orchestral stuff before we could get started with the mix. Of course it is also a challenge to arrange these massive songs with dozens of different instrumental layers for concerts. 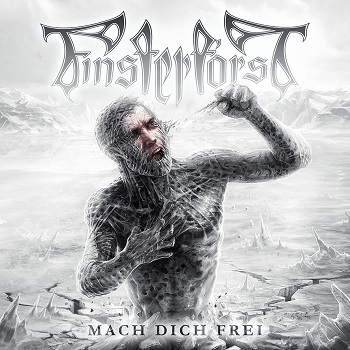 Who’s the scary dude on the cover? He looks in a bad way.

You, me and everyone else. We all have the inner yearning to free ourselves from something that somehow pisses us off and that’s what we try to transport with the cover.

You’re often referred to as a German metal/folk band. Would you go along with that?

Finsterforst is Black Forest Metal. The mark Folk Metal is just too narrow for Finsterforst’s music. I mean we have of course folky parts, but we also have black metal, industrial or even some power metal influences.

Having so many band members (7 or 8) is OK at the festivals but it must make things cosy when you’re playing small venues. Have you ever all struggled to all fit on the stage?

Haha yes we have been at venues where some of the guys had to stand in the audience room. But luckily not in the last few years.

Are the logistics more difficult with a large number of band members when it comes to things like arranging tours when you’re all available? You’ve also got bigger costs with more people and instruments; it must be like an army on the move when Finsterforst hit the road!

It’s not just Finsterforst. Usually the Cryptic Forest guys join us just for the beers sake haha. Having 7 guys in the Band is awesome when it comes to instrumental variety or stage performance but it really aggravates you when you want something to happen quickly. We usually need a long time in advance to settle all the dates.

Who are the songwriters in the band and do all the members contribute ideas?

Simon is the mastermind behind Finsterforst and he has been ever since. With 2-3 rehearsals a year it wouldn’t be any effective to “waste” them on songwriting haha. And: Simon has just that special idea in is head for the music. He knows exactly what we other guys are capable of and how each instrument should be played. So in addition to that we just change some minor details in our individual instruments but that’s it.

What kind of reception do you normally get in the UK? And are you coming over this year?

We have launched our webshop a few months back and after Germany and the US, UK fans buy the most. And that is surprising since we have only been in London one time and had an audience of merely 80 people. Hopefully that will change with Mach Dich Frei and we can play in England more often!

Can you explain who Cryptic Forest is and the relationship between them and Finsterforst?

Cryptic Forest is the Black Metal division of Finsterforst so to say. We see them as two different bands but we are one big family so this is quite hard to distinguish between the two.

This promises to be a busy year for the band. What are you most looking forward to?

We have been booked for the Carpathian Alliance Festival in Ukraine. I think this will be a huge adventure and I am really excited for it!

Thank you! See you on the road and get naked (what Mach Dich Frei also means in German) 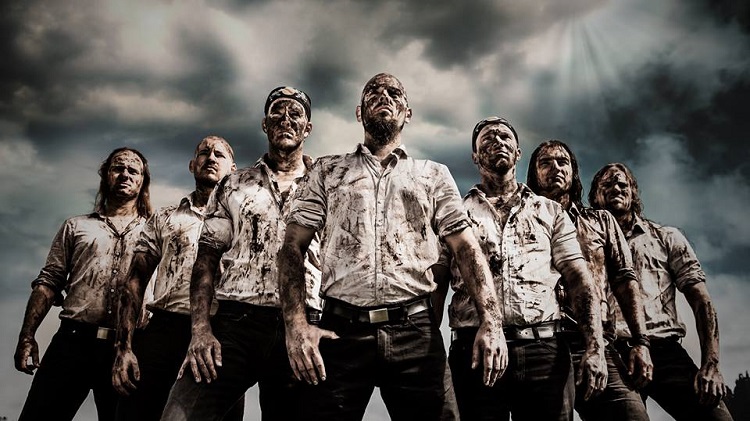