The less you play the broader you can sound…

On 19 May 2015, Valborg unleash their fifth full-length opus via Temple Of Torturous. The follow-up to 2012’s Nekrodepression, Romantik sees the band plunging deeper into atmospherics and textures  by turning to synths rathers than guitars for their musical meditations. Here, MR’s Jason Guest talks to the band about the album, its creation, and what the band wanted to do to move on…

Thank you very much for taking time out for this interview and congratulations on Romantik (reviewed here). First, can you tell us about the development of the album? Did you have an idea of what you wanted to achieve or did it evolve as you were creating it?

Originally we were writing material that would have sounded more like a mixture of our previous albums. While working on these songs, we noticed that we’re not quite in the mood for following well-trodden paths. It was at this time that I recorded synthesizer parts for no special purpose. While listening to them, we asked ourselves what it would be like to build new Valborg songs based on synth parts. We all liked the idea, started rehearsing and Romantik began to develop.

A lot of inspiration came from certain stories of H.P. Lovecraft and Cordwainer Smith. During the writing I liked the idea of an entire Lovecraft tribute album, but that turned out to be too heavy a task.

With this album, the guitar plays a more supportive role than on previous albums with the synths coming to the fore and so the sound feels somehow broader and has more depth. What prompted this change in approach?

Playing the guitars more supportively was just logical since the synths are doing most of the chords and melodies. The less you play the broader you can sound. The drums and the bass are also very simple in their playing – all for the sake of atmosphere and heaviness.

Can the player’s technique or the design of the instrument – such as where the notes are on the guitar neck compared to a piano, for example – hinder or impose limitations on the creative process?

I think limitations are good for creativity. The best things I’ve ever done musically have been realized on simple and often “bad“ equipment. With too many possibilities I often feel uncomfortable. There is still so much to play, even if you aren’t a very good player technically.

Listening back through your previous releases, it’s apparent that Valborg are continually evolving. Is there a sound or an idea that you are searching for in creating music?

Yes, we are searching. But it’s impossible to describe it. The key might be to play even less notes, but that is only partly true. I’m happy that you think we are evolving. That’s how it should be. We all would love to look back on a discography full of different albums some day when we are old.

What role do lyrics play in the overall Valborg sound? Are they as important as the music?

Yes they are. But they are more a “by-product” of the music. They mostly evolve as the music is written and finished.

What does the act of making music mean to Valborg?

Everyone in Valborg has his own personal motives to play music. Making music in a band makes many things easier. We appreciate very much the fact that we are both friends and fellow musicians. Touring together, worrying about a place to sleep, feeling the power of a live performance, the satisfaction of being creative – this and many other things are the motivation and the meaning in running Valborg.

In the promo material as well as reviews of the album I’ve read, your German nationality has been referred to, for example, it’s been called “compelling German music” with “German vocal inflections”. Has your national heritage informed your music? If so, how? And is there such thing as “German” music?

I’ve heard that German language is often felt as harsh and maybe unkind by non-Germans. What could be better than to use it as the language for our vocals? Beside this, we feel more in control of what we’re saying when we use our native tongue. Yes, our national heritage has surely informed our music. The effects of WW2 are still very present in many ways. And yes, there is a thing like “German music”: Rammstein, Kraftwerk and lots of Neue-Deutsche-Welle-bands from the 80ies.

Can you tell us about the artwork? What does the design represent?

This time we wanted the artwork more like the music itself – open for interpretation but with a certain straight morbidity. The white floating things you see can be everything that comes to your mind when looking at it along with listening to the album and the lyrics.

The artist who created the “white things“ is Peter Boehme, who also did all our previous artworks. He is an old and very good friend of mine. We always try to involve people that are somehow close to us.

How and why did you choose to work with Temple of Torturous for the release of Romantik?

This is, like Romantik itself, a thing that evolved on its own. We have known our label mates Nebelung and Total Negation even before we signed the contract with ToT. It is just the right thing at the right time.

What does the future hold for Valborg? Is there more music in the pipeline?

Oh yes, there is! We are already on something new. It feels very good to release Romantik because we broke down many boundaries. We are now looking forward to explore our expanded freedom.

Any plans to tour in support of Romantik? And will we be seeing you in the UK anytime soon?

We will do a tour in Romania in autumn, maybe with some of the Romantik material on our set list. But sorry, no UK gigs planned at the moment.

Life is hard, but you have Valborg. So take it easy. 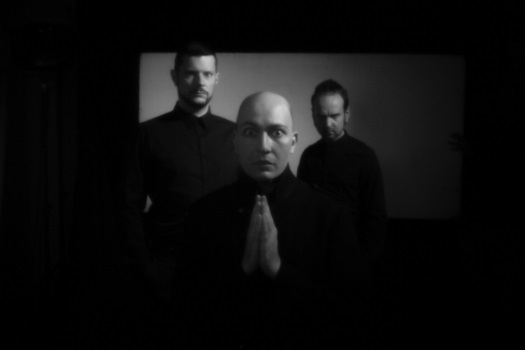