Tony Hernando is the founder, song writer and guitar player of the Spanish band Lords of Black. Formed in 2014, they got spotted by the media two years ago after their vocalist Ronnie Romero was chosen by Ritchie Blackmore to be the new voice of his iconic band Rainbow. Romero sang in their first new song since 1995, ‘Waiting for a Sign’ (March 2018), and has ever since become a famous name in the world rock scene.

Lord of Black’s  third album Icon of the New Days shot the band into fame but not just because of their fantastic singer: their music is powerful, perfectly composed and instrumened melodic/progressive metal, with strong melodies and multi-layered harmonics, following the footsteps of bands like Symphony X. Tomorrow marks the release of their new release, the album called Alchemy of Souls Pt 1. 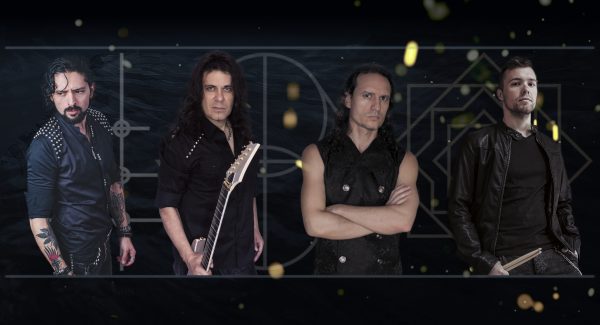 Thank you for agreeing to this interview, Tony, and congratulations on such a brilliant album!  How does it feel to hold copies of your own CDs?

It is a very special thing that never gets old, no matter how many times. We’ve already done a lot of albums, and it is the same feeling every single time. It’s a beautiful and positive rush that you have in reality, when you have put into a piece of work a lot of time, effort and passion. Lords of Black make very long albums (60-70 minutes long), so we put a lot of work and effort in every single one of them.

When you listen to a song, does it sometimes feel like, “Oh, this is actually something very good, I can’t believe I’ve done it”?

I don’t normally listen to it myself after it’s recorded because I probably only hear mistakes or things I would change. When I am done with the album, I will be rehearsing, preparing the songs for a live situation, but it is a different feeling, a different experience, as you are playing the song in a different way, making it live. Normally I don’t replay my CDs. It’s pretty much as if you are looking at yourself in the mirror: maybe one day you think “Oh you aren’t that bad”, and on another day you will see the mistakes, the cracks.

So you are quite critical to yourself?

Oh yes, I am most critical to myself, absolutely. Normally, it is a very positive feeling. I always try to manage those feelings of getting better and better, and being a perfectionist in a good way, not in a negative way like I am not being honest to myself. I am not interested in that. I know I am not perfect, but also I know I don’t suck. We are humans.

Oh no, you definitely do not suck! Who is behind your songs, who writes them?

In this album, I was pretty much alone in the process of song writing. 90-95% was mine. I did all the music and most of the lyrics, with the exception of four songs that I co-wrote with Diego Valdez, the singer who was replacing Ronnie for a few months in 2019 during the process of production and song writing of this album. I co-wrote some lyrics with him and we are still good friends, although he didn’t end up being our singer after all.

How do you manage to write in English so well; you’d never even guess this is a Spanish band?

That’s really good, that’s all I wanted to hear! Obviously, it is a little more difficult for all of us who are not English or American. The quality of music is one of the most important things but we knew from the beginning that we wanted to have lyrics that were not in the average European metal bands (no disrespect of course). I wanted to go deeper, with very deep stuff, personal, fictional, about the current times, about politics and everything in between. Maybe if I have some doubts, I would check with my friends who are English or American, but that is very rare. Also in poetry you have certain kind of liberty that allows you to be yourself. Ronnie obviously is very good with the singing and his accept is very good. We both work in this department together and normally go for English and American kind of accents, as we think it suits our music better, it makes the music sound a little bit more in your face. We definitely like to work in the lyrics department.

What are your ambitions and what are you hoping to achieve?

Lords of Black is a relatively new band, only six years old. With Ronnie’s association with Rainbow, we are very lucky for the exposure of the band and I am very grateful for that, but I think our music speaks for itself in terms of quality and everything is just a matter of time, the right exposure and the right promotion. Maybe that will take us to high places. I am very confident of that, as we have the quality and great music, and very nice message through all the lyrics, but music business is very difficult for all of us and nobody knows if you are going to make it or not.

Right now, considering the situation and the current times, you have to be more realistic. If you asked me the same question five years ago, maybe I could say I am shooting for the moon. But right now with all this madness happening I am just grateful that I keep doing music and releasing albums and we are being interesting to our fans.  I wouldn’t say I want to go on a world tour anytime soon.

I don’t think anyone will be…

Yes, I know. I hope things get better and clear for the next year, because if not, the whole music business is going to suffer. Another year or more than a year will be critical for many of the musicians, and for everyone in the business of course.

Have you seen those attempts of online concerts nowadays? I don’t know if this will become the new normal or not, but the personal contact with the band and  the atmosphere are so important for a live gig!

Yes, I am not very keen on the idea. I have seen some of our peers doing for a live stream. Maybe we will have to do some of those sometime soon, but I don’t think that is the right way to go for Lords of Black because we have a whole different vibe, a whole different imagery, we are better represented best live. We are a very old school, very real, in your face kind of band, so better if you see us playing live than in a live stream; it’s pretty much like a promotional video at end.

Let’s hope things will get better soon and you will make it on the road! One question you are probably tired of answering: why is your album called ‘Part 1’, is there going to be a Part 2?

No, it is not really a conceptual album but there is a topic, a theme in many of the songs about that war that we all have inside us, this constant fight in every one of us going to do the good or the bad thing. Also in the world around us in the current times, what we are seeing in the news, I feel like there is much more going on behind the scenes, much more power of good and evil fighting between each other, and we are in the middle. That’s the general theme or topic of the album, the whole dilemma between good and evil. What I am trying to say with the ‘Alchemy of Souls’ concept is like, it’s the responsibility of every one of us, with our consciousness, of doing the right thing or bad thing. Going that way or this way, we poison or cure our souls. That’s the concept I tried to portrait there.

Tell us about Ronnie Romero? You were auditing for other singers for the band, right?

Yes, that was a very difficult process! I am very specific about what is right for the singers for Lords of Black, even more so after having had someone like Ronnie Romero himself, someone with his statute and quality. It was going to be an impossible task, I knew that. I tried with a few guys and it didn’t work. I auditioned with thousands of guys. It was very difficult for me, as I have a very specific taste for singers and a very specific voice in my mind. I was a fan of his voice from the very beginning when I first heard him. Finding another singer for us was an impossible task, like putting someone in place of Freddie Mercury. I love all his projects, I love his voice, and I also respect all the artists he is working with, but in my opinion, I think Ronnie sounds best with Lords of Black, because he is not trying to copy anyone. With Lords of Black, he can be 100% himself.

Lords of Black are releasing their fourth album, Alchemy of Souls Pt 1 (reviewed here), on 6 November 2020 through Frontier Records 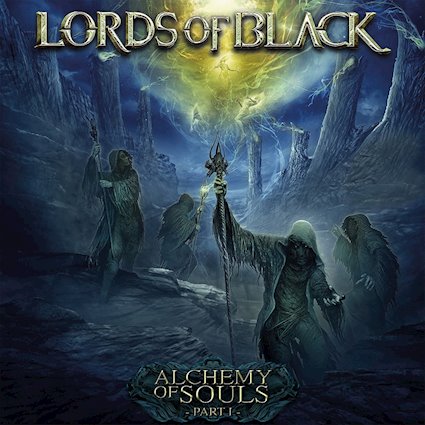