“Bands should take more risks and dare to be unique.”

Thank you very much for taking time out for this interview and congratulations on Kapittel II: Faen i Helvete (reviewed here). It’s been five years since your first full length, All Hail Pessimism. Why so long?

There are a lot of factors to this. One of them is that life in general, but we have been active in the sense that the planning for this album has been a task we have had going the last couple of years. One of the other reasons is that we have had a lot of changes within the band and have used our time to mould the perfect combination of minds and musicians. When it comes to creating a band there is a lot of trial and error due to different mind-sets and the overall chemistry between individuals. We have been working with a lot of very skilled musicians, but skills won’t pay the bills, figuratively speaking.

When writing for Kapittel II: Faen i Helvete, did you have an idea of what you wanted it to be or did it evolve as you were writing and recording?

We had a clear vision that we were to create an album that could have been a missing gem from the mid 90’s. I think I can speak on behalf of the rest of the band that this was the golden era of black metal. I am actually listening to old man’s child’s in the shade of life in the background doing this interview. I digress; back to the album at hand. The writing process was interesting due to the fact that me and Sykelig (guitar) wrote basically half the album each and with the input from each other and the rest of the band we conjured the sound and feel we initially was set out to create.

How long have you been working on the material for the album?

The songwriting didn’t take that long since we had such a clear idea of what we wanted to create. It also has a lot to do with the chemistry as mentioned before. When the chemistry is right it’s easier to work effectively towards the same goal rather than pull in all kinds of direction. We also set a restricted time limit to ourselves so when we entered the studio the songs were only 1-2 months old and this was to get the right attitude and feel to the songs. I notice a lot of bands rehearse their songs to death and when they enter the studio they struggle to make them sound fresh and energized, this was a pitfall we avoided with this cunning plan. It was so cunning you could almost put a tail on it and so on….

Not to reduce Kapittel II… down to a simplistic description, but the album has two sides to it, one aggressive and one melancholic. How did this evolve? And how did you work to balance the two?

As with a lot here, there are many factors that are put into play regarding this album. First of all I think the reason for the aggressive vs melancholy feel to this album has to do with that there are me and Sykelig creating the riffs. We have two unique ways of writing riffs and this moulds into what has become the aggressive yet melancholic sound of the album. It has also a lot to do with the inspiration we have drawn out to create this album. One can say that an artist is inspired by certain things as a whole, but in creating a specific album there are more of a focused inspiration at hand. I myself am a part of other bands that are releasing albums these days and they sound no way near what this album represents. It has all about going into a certain “Den Saakalte mode”, and that mode consists of aggression, hate, despair, melancholy and alcohol.

Was there ever a time when you thought a new album may not happen?

No. there has been a lot of uphill struggles regarding the recording and creation of the album, but whenever a “wall” occurred, we have the power to break it down and benefit from the experience. 5 years can seem like a very long time and can of course lead to assumptions that we are no longer active, but this has never been the case with us. We will not release anything or come with statements just for the sake of it or to hold the name “warm”. When we call out it is because we have something with substance.

There have been a number of line-up changes since your first album. In the band at the moment are drummer Tybald and guitarist Tjalve and vocalist Eldur. Why did you choose to work with them and what have they brought to Den Saakaldte and its music?

I can ses that this question is regarded for Sykelig, but I can asnwer this one. It is as mentioned before about the chemistry between individuals. It didn’t take many rehearsals for us to realize that this is the strongest line-up we have ever had and that this is the force of Den Saakaldte that will last for a long time, might even be our final line-up.

Musically speaking, how has the band evolved since All Hail Pessimism?

The music has become more aggressive and has more thrash elements than it had on All Hail Pessimism. This has been a natural progression for us due to we as musicians have evolved over time and the line-up has also changed since All Hail... We have also done this album without any synths, so that has given more room for us to explore alternative guitar, bass and vocal-lines.

The cover and layout was designed by Trine and Kim Design Studio who have also worked with Ulver, Mayhem, and Darkthrone. What was it about their work that drew you to them?

I personally have worked with them before and it has always been a creative and pleasurable experience working with them. They have an artistic way of thinking that we share and we knew that they would be the perfect match to portray the music into artwork. Trine and Kim have always delivered memorable artwork that represents the bands in their current state. I have never seen them actually be “safe” with any of their creations by redoing something from the past or try to reproduce something they have done before. Their layouts have always struck me as being innovative and a reliable source to what the album represents.

We gave them 100% freedom to do what they felt through the music and lyrics. The worst thing we can do as artists is to set restrictions on each other. We gave them some “pointers” as to what we wanted regarding textures and style. Although we wanted to have an old feel to the album we didn’t want to go down the well-trodden path of forest-pictures and mountainsides. We all live in the city and spend our time rehearsing in the city so it was just natural for us to use that as backgrounds in our photos.

Your first album had an English title. Why did you choose a Norwegian title for this album?

These two bands are bands we have an admiration for and a spirit that fits our style of black metal. The split with Horna has a line-up that consist only for that release as the vocals are done by Øyvind Hægland, a guest solo by Carl August Tidemand and that is also the last song featuring the synth from Jormundgand. It can be seen as a transition from the old Den Saakaldte to the new era of Den Saakaldte. The split with Varathron is a song we had created together with the other songs from Faen I Helvete but it didn’t quite fit in on the album so we decided to have it on the split with Varathron and that felt like the perfect home for that particular song.

The negative impact is the quantity of bad quality black metal. Everybody can make a record these days and get it released. I don’t think internet is the one to blame in its entirety, but the fact that you can record at home and basically never practice as a band yet still be able to release albums is a shame. It has also lead the way to more comedy-black metal acts and other subpar bands that would have died off in the 90’s to actually exist today. There are still bands out there that have the right to exist and are actually bringing something to the table regarding black metal, but there are a lot of other bands that try to replicate others and sound shit. There are actually bands out there that ask for bad quality of sound in the studio because that is what Darkthrone had. They just don’t understand that Darkthrone wanted to create something unique and with the equipment they had that sound was the best they could get. Now you have the means to get a “better” sound but you kind of dumb down the equipment to replicate something that really cannot be replicated. Bands should take more risks and dare to be unique.

We will be playing our release gig in Oslo on 31 May. Other than that we will be doing the Nrwegian Hellcamp in Germany on 4 October and Fall Of Summer Festival in France on 5 September. We have also been confirmed to a bunch of other festivals that I cannot reveal at this moment. We will hopefully be heading for the UK during 2014/2015.

What does the future hold for Den Saakaldte? Is there more music in the works?

There is more music at work and we will not be doing a 5-year hiatus again anytime soon. Our focus at the moment is to promote Faen I Helvete, but we are now at a creative phase and are already planning for a future release. We still have some ideas left that were not used for Faen I Helvete and the inspiration to create is getting stronger so the ideas will be forged into something unique. I can say for certain that we will not be trying to recreate what we have done on Faen I Helvete but maybe take it further into a more dark and bizarre world. Only time will tell. 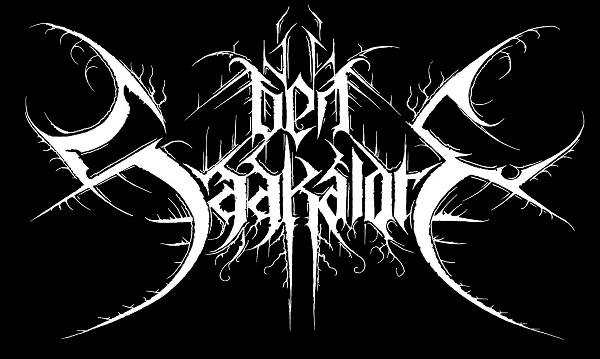