Performing these songs gives me goosebumps every time…

An album that cemented their reputation as especially melancholic-melodic Black metallers par excellence, Munich’s Thulcandra’s third album Ascension Lost appeared in February 2015. Here, guitarist / vocalist Steffen Kummerer talks to MR’s Paul Castles about a few topics including the new album, the recent changes in the line-up, the evolution of the band’s sound, as well as juggling his time between this band, Obscura and playing live with the Chuck Schuldiner tribute band, DTA Death.

Hello Steffen, congratulations on the new album, Ascension Lost. Tell us something about it please.

Ascension Lost was recorded in the end of 2013 at Klangfabrik, Landshut, Germany and is our third record up to date. The song came together smoothly and everything was pre-produced prior entering the studio, so we as a band had more freedom concentrating on the performance than changing too much within the studio sessions. On the record we found our own way to write in the pretty conservative scene and came out with our own musical stamp. The arrangements are stringent, you’ll find in almost every song twin guitars and mellow melodies, packed in kick ass hooklines and structures.

This is Thulcandra’s third album. Do you think the band’s sound and approach has differed this time?

The musical direction of Thulcandra is crystal clear since the first day, but we kept it going and worked to our own way of expression. The sound and production is more rock than clean polished and almost dirty here and there. Within the drum production we have a few one takes on the record and a maximum of three cuts within each song to keep the natural feeling alive. My aim was to transpose the feel of a real band playing to disc, than over producing the album. Our approach was to write hooks and keep the vibe of each song untouched, less editing, but keeping it dynamic.

The band has got some new members. How have you all gelled?

Just the drummer changed from Seraph (Dark Fortress) to Erebor (Secrets of The Moon), since Seraph lives in The Netherlands and the band is based in Munich, Germany. With Erebor on drums we are finally able to rehearse on a regular basis and play more live shows. We know each other since a couple of years, I guess V. Santura introduced us back then.

Is there a theme running through the album?

Sebastian Ludwig wrote all lyrics for ‘Ascension Lost’ which is basically a concept album regarding to John Milton’s Paradise Lost. The classic story of the fall and rise of an Arch Angel, bound in the Christian’s writing, but mainly referring to the free will of the individual instead of blatant Satanism.

The album was put together at Woodshed Studios with the help of Victor Santura who of course is well known to us for his work with Triptykon. What is Victor like to work with in the studio?

Ascension Lost was recorded and engineered at Klangfabrik, Landshut, Germany, a studio I work in. For mixing and mastering we worked again with V. Santura since we formed the overall sound of the band and recorded the two previous albums within the last years. He is a close friend and we support and know us since 2001, so it is pretty easy to produce an album together. He is a focused and musical Producer who analyzes a composition at first listen. He gives every band the sound the group needs and gives here and there advises how to get a better performance out of each musician. 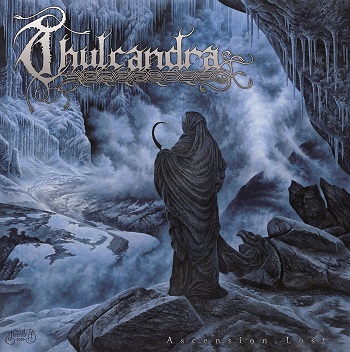 The sleeve is tremendous and follows on in style from the previous two. Who’s responsible for the artwork?

Once again we worked with Kristian, the Necrolord, Wahlin, a painter from Sweden, famous for his artworks for bands such as Emperor, Dissection, Sacramentum and At The Gates among a sheer endless list of others. His work just fits to our sound the perfect way. He is one of the very few artists out there working with oil and paints with his hands. No Photoshop, no editing at all. His art is already a big part of Thulcandra keeping a visual line and overall mood.

Is it difficult sometimes to juggle Thulcandra with your death metal project Obscura? And are you still involved with DTA Death?

Obscura is an international touring band that takes time like a full time job. This is my priority and the band I make a living of. We had something like a sabbatical for a year but record a new album at this moment. As soon as the new record is released the touring circle starts again and Thulcandra may have the opportunity to play a few exclusive festivals and perhaps one major tour if we find the right touring partner. I am still part of the Death DTA touring band and performed on the last four tours with this project. It is a pleasure to play with these awesome musicians and pay tribute to Chuck Schuldiner and his work. Performing these songs gives me goosebumps every time. The involved musicians, but also the whole crew are fantastic people.

What tour plans have Thulcandra got to promote the new album?

We play a couple of major festivals in Europe and work on the right tour for the band. So far it seems kind of hard finding the right bands to tour with, but we won’t give up here.

Will you be visiting the UK this year with Thulcandra or Obscura?

Perhaps with both groups we will visit the UK, it is time again and we love your breakfast.

Thank you for your time today. Any final words for your British fans?

Thank you for your interest in Thulcandra, thank you for being loyal to us since the very beginning and we hope we will be able to play in front of you very soon again. 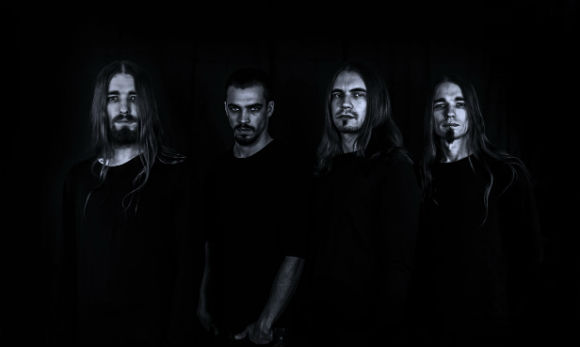