2022 is promising to be an exciting time for Bristol based band Superlove. Having just released the critically acclaimed single ‘Maybe I Could Tell You’ their debut album is due to drop later this year along with live gigs and a host of other activities just waiting to be announced. In the midst of this frenzy bassist and vocalist Jacob Rice took time out to speak exclusively to The Midlands Rocks.

Let’s start at the beginning. What are your earliest musical memories?

It was when I went camping, when I was 8 or 9, there was a bloke there with an acoustic guitar. I thought that looked very interesting and I wanted to do that. He’d be playing in the evening, not to impress people but people would naturally gather around him and be in awe of it. When someone older is playing tunes and getting attention you just want to get involved and he ended up teaching me guitar for the next 3 or 4 years. There was always CD’s lying around the house and I’d always pick them up and give them a listen.

Then in your teenage years. What fired your interest?

I was heavily into pop-punk. I was introduced to Blink 182 when I was 12 then throughout my teenage years, I became obsessed with other pop-punk bands then I went to my first gig which was All Time Low when I was 14 and from there on in I immersed myself in that kind of music. I’d listen to a lot of pop music because that was what my mum played, she was really into bands like the Killers, Keane and early Coldplay was a huge inspiration. I’m very grateful for that because it opened my eclectic taste; I wasn’t stuck in just one genre.

Superlove hail from Bristol, a city which has a long history of producing a wide variety of alternative bands. What is it about Bristol that keeps birthing these great bands?

I’m not sure. When you look into it and you see all the great bands who have come from Bristol, it’s mental! It’s probably due to the fact that there’s a lot of great places that you can just turn up and play, whether it be a music venue that are keen to put on local acts or even some of the pubs we got here; even though you’re playing in the corner of a pub through a PA system, it doesn’t look and sound like a pub gig; it feels more like a club gig. You can go out on a Friday or Saturday night and there’s bands on in nearly every pub, there’s so many opportunities to go out and play. When I was 15 and in my first band we’d go out and play and it wasn’t hard to do, we didn’t have far to travel, it was on our doorstep, and it was fun. I think that’s why so many people form bands around this area. 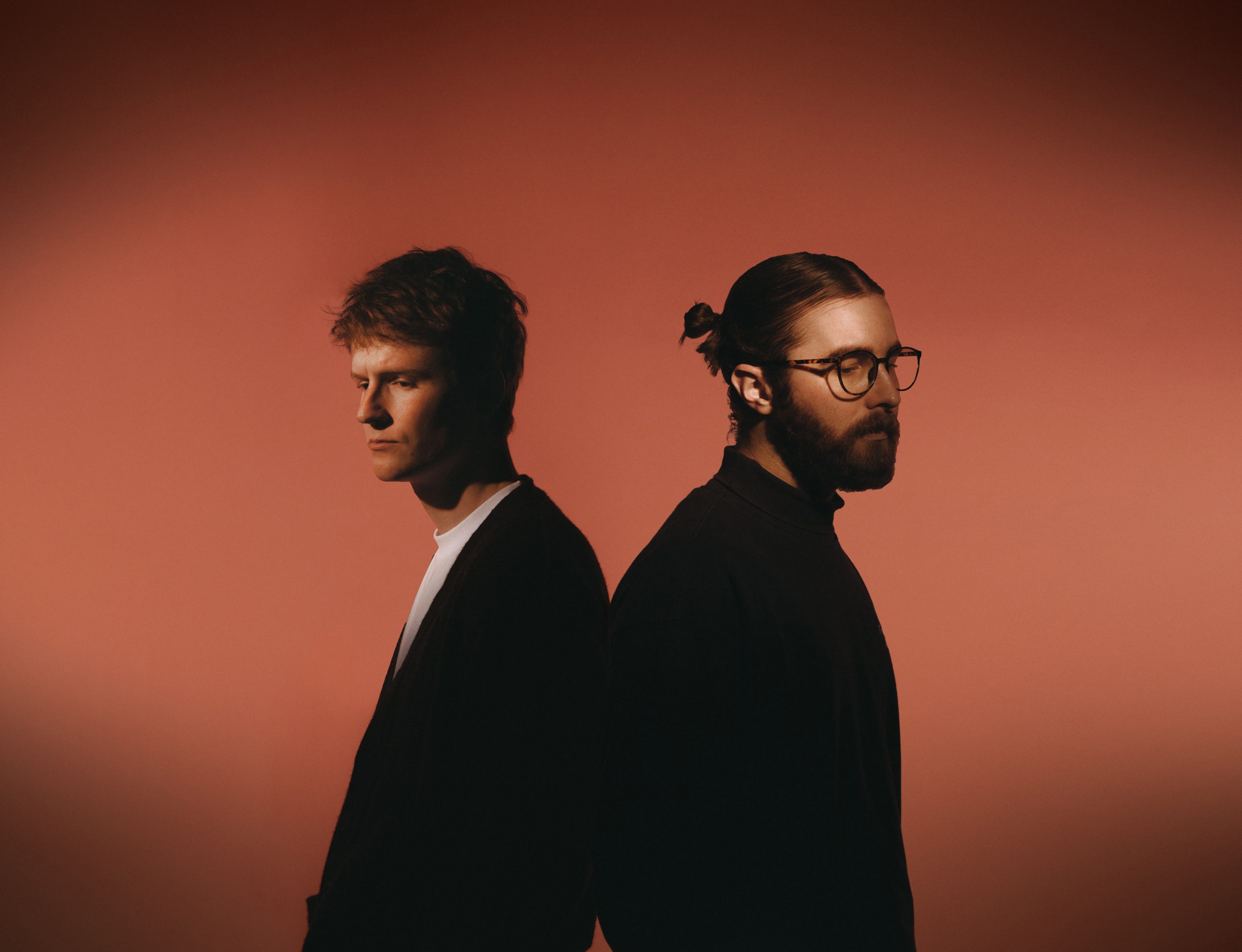 But even the whole UK is thriving with so many great bands coming through. I wonder what’s the zeitgeist you’re all tapping into.

It’s weird. I feel like a lot of it is centred around social media. There’s a lot of bands from the UK who remain on social media and there’s a whole load of other bands who are getting out there as much as they can and playing wherever. I don’t know what the current zeitgeist is because two years ago there were a lot of punk bands on the back of the Idles and Fontaines DC but at the moment I don’t know where it’s at because we haven’t been able to tour and play live.

As a musician how did you survive lockdown? We’re you worried you’d lose the knack of playing live?

That was a fear, definitely. We were unaware that was going to happen because we thought the lockdown was only going to be a couple of weeks and then you get caught up in everything and sometimes music is the last thing on your mind. I think we were very lucky that we were able to release a lot of music during the lockdown. We had plans that were pushed back but then it became apparent that we couldn’t push them back anymore so we just thought we’d go for it. We released two EP’s, we recorded one from our homes during lockdown, which was really cool, that’s something we’d never done before, we’d always been together in a room but this time we were sending things back and forth which opened up a load of new doors to new sounds so luckily, we had that to fall back upon during lockdown.

So, when was the last time you actually played live?

We played one show last year, in December, and that was a hometown show in Bristol. We had it planned for a few months and the week before the show things started to turn a bit weird in the news with rising Covid cases so we were a bit worried it would put people off but luckily it was great. We hadn’t played live for two years so we thought we’d just have a fun night in Bristol with our family and friends.

How did it feel getting back on stage after such a lengthy hiatus?

It was really good. It was very nerve wracking because we wondered if people would want to turn up, but they did and that took a bit of pressure off. It was strange because our last gig was in London in 2020 off the back of a two-week tour so we’d been longing for this gig for a year and a half. So, we were well up for it.

You’ve recently released a new video for the track ‘Maybe I Could Tell You’. All your videos have a certain look. I wonder how involved are you in their production?

We’re really involved. Our first videos as a band were all pretty much done by ourselves. Which was cool, come up with the idea, get all the stuff in and Jon Worgan [guitarist] would help with the editing but recently we’ve outsourced that but I was still coming up with the ideas and meeting up with whoever was going to direct it. My favourite thing about our band is that there’s no real aesthetic there; we can kind of do whatever and just have a bit of fun. We are not the kind of band to go deeper, we just want to make a fun video that people enjoy watching. To make something bright and fun is what crosses over all the videos.

However, I would say that with your new video that although your humour shines through it seems a tad more serious. Fair comment?

Yes, I thought it would be a cool juxtaposition to have those really small toy instruments and then switch to the band performance with full size instruments and there’s no crossover in energy; it’s the same so it comes across as more fun. If we were sitting in the deck chairs with tinier instruments laughing and joking around it would still be good but I think it’s better that we look more miserable in that setting.

Musically, too I think the new track sounds more mature.

Yes, definitely. 100%. There are no frills to hide behind so it’s really stripped back and we had to be really strict with the elements we left in because it’s based around a drum loop and you could just pile stuff on and fill the space but we stripped it down a didn’t add any backing vocals and only one guitar throughout. A lot of our songs have got loads of layers and we try to fill that space, I think that’s cool but there’s a naivety to that, because you feel like you need to add more for it to sound better but with this one we thought all the elements are already there; it’s a good melody, and a good tempo so it wasn’t written to be more mature but I’m glad it comes across that way.

Is that a direction you’ll move towards in the future?

We were a bit nervous in putting ‘Maybe I Could Tell You’ out because our last two singles were very rocky and very heavy so to do something different and for it to be received really well is cool. It’ll open another door for the band, it’ll adapt with the band and there’s a few other things to come out which lean into that sound.

You’ve left a fine trail of singles and EP’s. I wonder how you’ll approach writing a full album?

It is very different, and I never thought I’d get the chance to record or release an album ever so the pressure was definitely on and in a few week’s time we’ll be announcing a load of cool stuff and we have been working on an album that’ll come out this year. I think it’s a really good thing for the band, we’ve released two EP’s, but you can never listen through, and it feel like a complete thing because we’ve been confined to 4 or 5 songs and there’s loads of stuff we want to try out and this album has allowed us to do that. In fact, the album was too long so the label [Rude Records] have taken a few songs off to release further down the line. I can’t wait for people to hear it.

An album should ebb and flow so how did you get that ululation on the forthcoming record?

It was quite tricky. We started writing it in late 2019 then we’d been called away twice to record the album in two different spaces so by the second time we did end up re-recording a few different things and that was a learning curve; we learnt from the first time we recorded now let’s do it now, so it sounds like a complete thing. It was difficult; there’s stuff we recorded at home and even things from demo’s that made it in but to me the album sounds complete, and it flows nicely.

Superlove’s sound marries alternative rock to a pop sensibility. How do you manage to bring them together?

Quite naturally. I’m into pop structure, I’m obsessed by how a song should flow and how long a section is and the type of music we’re making is bright and very obvious. Our guitarist Jon he’s very much into heavy music and before I met him, he wasn’t writing any kind of pop music so his coming from a metal background means it works in a weird way; his sections being confined in a pop structure. It really works; our combination of different backgrounds has just made this band what it is. I love it.

What are your future Plans? You play Camden’s Black Heart in April.

We were due to play London at the end of January but when we cancelled the show things were still pretty weird and uncertain so we decided it was best to postpone it so we put a new show in for April when the new album starts to drip out into the world. That’ll be treated more like an album release show, which is cool. We’ve never done a headline show outside Bristol so we’re very intrigued to see how we get on in London and I hope people show faith. But hopefully we get to tour this year, that’s the main thing for me.