If you stumble across a troll in a dark alley, just walk on and don’t look back.

Recently, MR’s death and doom devourer Paul Castles spoke to Gormathon guitarist Stefan Jonsson about their performance at last year’s Bloodstock festival, their new album Following The Beast, their tour plans, why Sweden produces so many great bands and tips on hair care and trolls…

Hi there, congratulations on new album Following The Beast. A lot of the fans who saw you at Bloodstock last year have been waiting for it. What can they expect?

Thank you! I think we have more expectations on this album than our fans. No, seriously, I think it’s a typical Gormathon album,

This is your second full length album. Does this one differ much in musical content and style from Lens of Guardian?

I think this album is a bit different from our last, Lens Of Guardian, It’s been a few years since that release and we have all developed ourselves and our music. If it’s better or not, that’s for our fans to decide. But we think it still sounds like Gormathon, hard music but with harmonies and melodies…

How did you approach this new album? Do all the members of Gormathon contribute in their own way, whether through lyrics or music?

I write most of the music and then Tony Sunnhag adds the vocal melodies and lyrics. Then we all arrange the songs together. 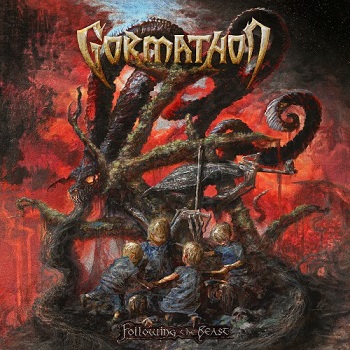 Is there a sense of satisfaction now that the album is out there – are you confident the fans will like it?

We are very pleased to finally have it out. That’s always hard to know but we hope our fans will love it as much as we do.

What tour plans have the band got to promote the new album?

We are currently discussing a possible tour with our label Napalm Records and we all hope that we can go on a tour later this fall.

Gormathon received a great ovation at Bloodstock last year. Is performing in the UK something you are keen to repeat?

Yes, we had a great response from the fans at Bloodstock and we can’t wait to get back to the UK for a show agan!

How much inspiration do you draw from your own background and heritage?

I don’t really know, We get inspirations from so much. It can be a single drumbeat or just a feeling walking through the woods.

What is it about Sweden that consistently produces great metal bands whether it’s In Flames, Opeth or Amon Amarth?

Sweden have always had great bands and that really inspires young musicians , they want to be rockstars as well…

Could you pass on any advice to any Gormathon fans who may stumble across a troll in a dark alley?

Just walk on and don’t look back.

Your singer Tony must have the longest hair in metal… Is there a fear that like the biblical character Samson if it was cut Gormathon’s power would be lost?

Haha, yeah maybe. At least we have forbidden him to cut off his hair…

Does it take a long time for Tony to blowdry his hair?

He often takes his Harley for a quick ride round the block, that’s enough ;)

Congratulations on a wonderful album – Any final message to all the Gormathon fans here in the UK? 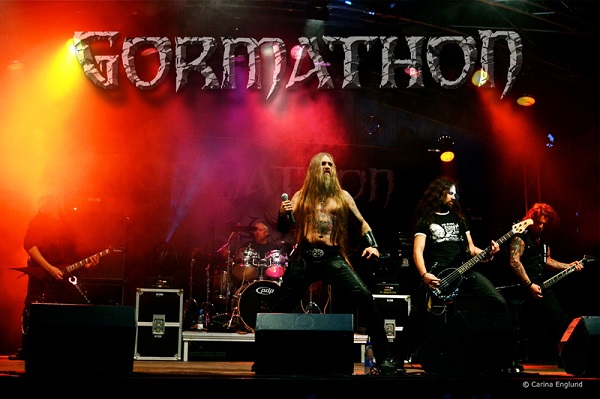