“I feel that Titan is our most focused album so far.”

When it comes to fusing orchestral music with extreme metal few do it with such style and grace as Greek outfit Septicflesh. Their latest album, entitled Titan, is a musical tour de force that only few can rival. MR’s Raymond Westland caught up with Sotiris (guitars/clean vocals) to discuss the deeper meanings behind Titan, its meticulous artwork and the family business type approach of how Septicflesh is run.

Titan is arguably one of the strongest Septicflesh releases so far. Are you happy with the way it came out and which elements are you particularly pleased with?

I feel that Titan is our most focused album so far. All the elements that characterize our sound are still there, but we managed to kick them up a notch or two.

Although not a concept album, Titan revolves around the persona of Prometheus who stole fire from Mount Olympus and gave it to humanity in order to further their advancement and evolution. Why is he so important to you and what does he represent?

Prometheus is a symbol of rebellion against the will of the ruling gods. In addition, the first human being was his creation and he became a mentor for mankind. Therefore, there is something of his raging rebellious spirit in each human. Each one of us has this primeval potential to “stand tall” as a Titan, a god with a fiery will of their own. The secret of fire is not only something physically applicable but also a mental and spiritual gift. As a matter of fact, Lucifer, the bringer of light, as a symbol has quite a few common elements with Prometheus.

The artwork for Titan is elaborate as with any previous Septicflesh. Can you explain the connection between the central theme, the lyrics and the artwork of the album?

The portrayed characters display an intense bipolarity. So the roles between them can change dramatically from predator to prey and vice versa. Also the human form is a symbolic vessel with  double potential, a) for something greater, or b) something more primitive stripped into a basic core of elements and functions. We provided lots of hints on the booklet of the album, in conjunction with the lyrical content and the prologues written for each song. In  addition, on the 3rd part of the documentary “making of Titan” which is available on YouTube, Seth provides advanced insights for those interested to dig even deeper.

How did the writing and recording sessions for Titan go compared to previous experiences?

We took our time with this album and we worked really hard to get everything just the way we envisioned it. At the end we were really exhausted from the whole process. However, the result was worth all the suffering if you will.

Logan Mader handled the mixing and mastering of Titan. How did he come into view and why did you guys decide to work with him?

We wanted to do something different this time around. We contacted Logan Mader because we were very impressed with the work he did with Fear Factory, Soulfly, Gojira etc. He accepted the challenge and we worked very hard together to find the proper balance between a multitude of different elements, producing a symphonic death metal with a monstrous sound fitting to the name “Titan”.

In many ways Septicflesh can be described as a family business in the sense that Seth provides the visuals, Christos arranges all the choirs and symphonic parts, Fotis owns a recording studio/doubles as a producer and you write most of the music and the lyrics. What are the pros and cons of “keeping it in the family” as it were versus outsourcing a lot of the work?

The downside is that we have to devote much more time and effort to make sure that everything goes smoothly within the band. It’s also a much more stressful process because we cannot delegate certain tasks to someone outside the band, like a manager for instance. We like to have total artistic control over each aspect of the band, so all the different aspects that make Septicflesh are synchronised in such way to provide the ultimate listening experience for people who are willing to go on our musical journey and enter our “realm”.

All band members have their own creative outlets outside Septicflesh, like Seth with his own artistic endeavors and Christos with Chaostar. Why is this so important for you guys?

Nowadays music is far less appreciated as an art form by the general public and releasing an album has almost become an excuse to get on the road again. Yet you guys really go the extra mile in terms of artwork, choirs and the outstanding quality of your music. Why?

Playing live shows it is an essential part of any career in music, but what will remain is the music one puts on record. There is a deeper need to put order into the chaos inside us. We are drawn by this strange process of creation and exploration that pushes us to our limits. Putting together all those different pieces of the puzzle is a very exciting process.

What touring plans do you guys have in supporting the new album?

In a few days we will go to North America to participate “In the Minds of Evil” tour package alongside Deicide. There are also many more shows planned for the period after this tour. We are just getting started.

Finally, what do you like to do to unwind after a long tour or a very stressful recording session?

It is very important to clear your mind from time to time and spend time with family and friends. 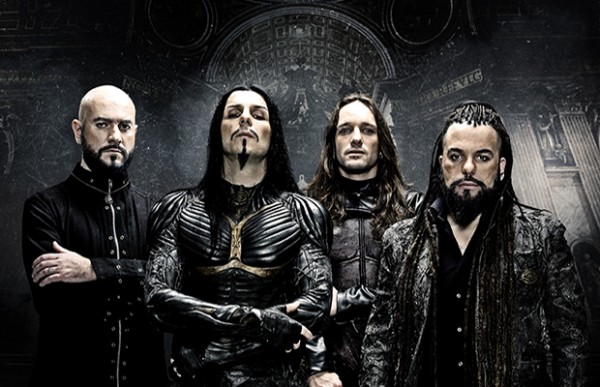