For years on end UK-based Threshold have been one of the mainstays within the progressive rock and metal world. Their latest effort, entitled For The Journey, is as solid a record as they come. Raymond Westland caught up with keyboardist Richard West to quiz him about the ins and outs of the band’s new album, the creative process within Threshold and their upcoming tour through Europe.

For The Journey is an incredible solid effort. Are you happy the way it came out and which elements and details are you especially pleased about?

Thanks, yes I’m very happy with the new album. I think everything came together just right this time around – the songs, the performances, the production – it feels like one of the most complete records we ever made.The writing and recording process for the new album was a very smooth and enjoyable process.

What made it so enjoyable for you personally? To what extent did the overall process contribute to making For The Journey sound so fresh and vibrant?

When we made our last album March Of Progress it was hard work, it felt like we had to climb a huge mountain to make it happen. But with For The Journey it was like skiing back down the mountain and enjoying the beautiful view. I think that’s why it sounds so fresh, it was a much more pleasant experience because of all we’d learned on our previous record.

For all intents and purposes For The Journey reminds me of the heavier elements and moody atmosphere of Dead Reckoning, but songwriting-wise it has much in common with Subsurface and Hypothetical. What is your take on this?

That sounds like a good summary. Actually it’s nice to know that, it’s like all the strongest elements of Threshold on one record. Somebody recently told me that every song on For The Journey sounded like a hit song, and that was nice to know because that’s something you always hope to achieve as a musician.

March Of Progress was very much a band effort as pretty much every member submitted material. What was it like this time around?

This time there was a little less from other members, but it’s different every time. Most of the songs on our last four albums have been written by me and Karl Groom, but it’s always nice when the other guys get involved. The closing song on For The Journey is by our other guitarist Pete Morten and there’s also a bonus track from our drummer Johanne James.

Although March Of Progress is very enjoyable album to listen to it’s quite difficult to really get into it because of its many layers and its relatively long length. How do you see things?

I agree, I think For The Journey is a better length and the songs work better together. There’s a good flow from start to finish which makes it feel like a very strong album. I thought there were some great songs on March Of Progress but it doesn’t flow in the same way.

Threshold’s sound and style are pretty much set in stone, yet you guys always manage to find new angles to make it sound fresh. What’s the secret behind this process?

I guess we know who we are but we never want to stay in the past. So with every record we want it to sound more modern and move forwards. The goal is always to make the perfect record and we’re always improving how we do things, so I hope For The Journey is our most perfect effort so far.

In line with the previous question would you like to create a complete free-style type/experimental type of record like Steven Wilson did with his solo efforts aka letting your inner Robert Fripp/King Crimson come out and play?

I have a lot of unfinished ideas but I don’t know what to do with them. I always want to make more records, not necessarily experimental but always working towards perfect songs and perfect production.

Damian Wilson is very active in other bands and most other members have one or two side projects and Karl Groom operates Thin Ice studios. How do you guys manage to get everyone on the same page when it’s time to write and record another Threshold album again?

It’s not easy but somehow we always get there in the end!

To what extent is it a blessing and/or a curse that all Threshold members have their own projects going on outside the band?

It’s good to make other music, we often learn good things from other projects that help to make Threshold stronger. But it’s more difficult to schedule live shows and tours though, that’s for sure!

What tourings plans do you guys have in support of the new album?

We have a big European tour coming up on October and November followed by the 70,000 Tons Of Metal cruise from the US in January. That should be an amazing experience, 60 bands and 3000 fans sailing around in the Carribean sun!

Finally, what do you like to do to unwind after a long tour or when you’re completely burned out from a hellish recording session? What’s your secret to keep it enjoyable?

I just look forward to being home with my wonderful wife.

Read our review of For The Journey 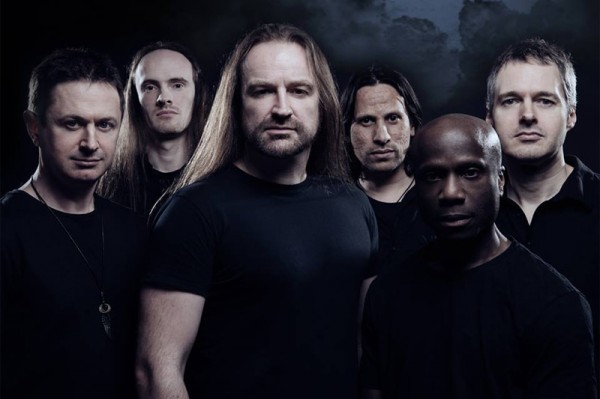